By Papa-Udeme (self media writer) | 3 years ago 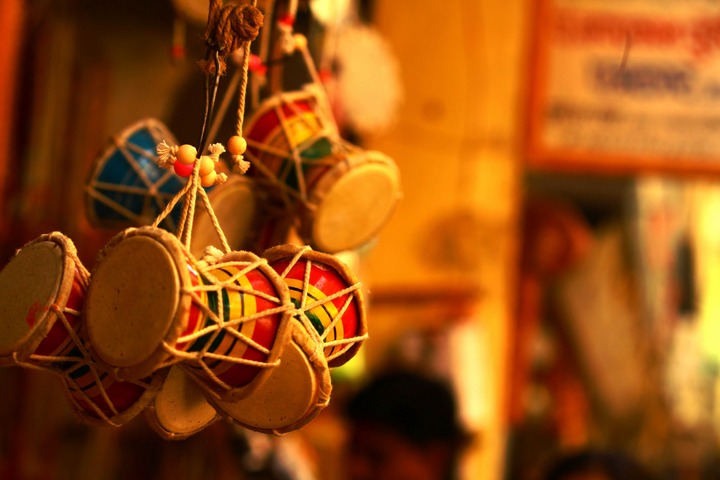 In the Yoruba tribe of Nigeria, drumming is a very important aspect of culture because the drum does not only serve musical and entertainment purposes, but also a very fluent speaker of the Yoruba language and an interpreter of a very much respected culture: the Yoruba culture.

The Yoruba language is a tri-tonal language because it is made up of three notes from the tonic solfa which are doh, ray, and mi (you should have joined the church choir). The talking drums of the Yoruba land have done great work in imitating this language and thus, it is being used as a medium of communication in the tribe.

The Dundun drums are drums of very strange powers. It possesses the ability to perform very efficiently outside musical contexts. It can be used to imitate popular proverbs, folktales; send messages across very long distances; announce calamity and war and even rain insults on people. The Dundun can be traced back to the old Oyo empire in the South-Western part of Nigeria. It was originally used as a medium of communication during the inauguration ceremony of the Alaafin Oyo (a traditional ruler). It can be comfortably held under the arm because of its hourglass shape. The Dundun is regarded as a tension drum because it has two opposing drum heads covered with either cow or goat skins and connected by leather tension cords, which modulates the pitch of the drums when squeezed with the body or arm. When the leather cords are squeezed (tightened), the drum produces a high pitch sound but when relaxed (softened), it produces a low pitch sound. A very skilled Dundun player can play both proverbs and whole phrases. The pitches of the Dundun drums (most times 3) mimics the tone patterns of the Yoruba language. The waist which is the middle section of the drum is held between the drummer’s ribs and arms so that it can easily be squeezed and relaxed for pitch variations.

The Dundun drums can imitate the exact volume, pitch, and rhythm of the Yoruba speech sounds. Amazing. It is also important to note that much of African music, especially the music of the Yorubas, represents family values and ties. For example the ILya llu is regarded as the mother drum, it speaks for the family or ensemble in this case. The rest of the drums only play supportive roles while she leads. The Gudugudu, regarded as the father drum, is a small melodic drum of the Dundun family. The Gudugudu is a very melodic drum -- melodic enough to sustain a melody without other instrumental accompaniments. This independence makes it fit enough to be called the father drum. The Omegle is regarded as the oldest female child while the Isaaju is regarded as the oldest male child. Fascinating. The Dundun speaks both rhythm and pitch. 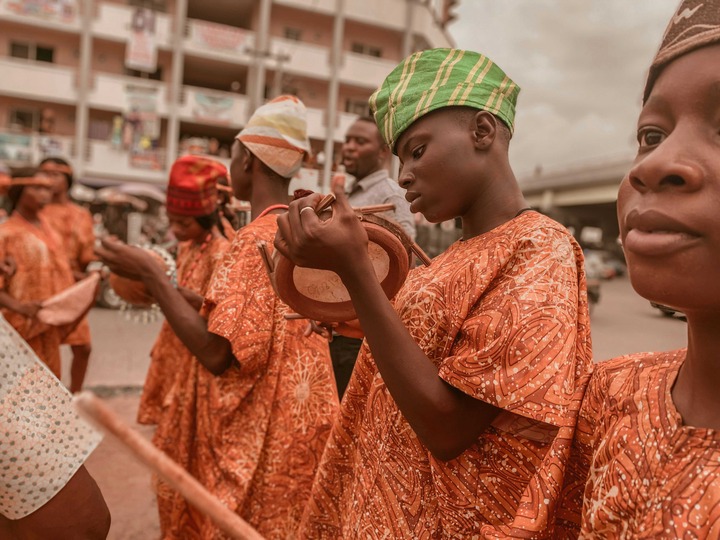 The Dundun ensemble can be seen everywhere in Yoruba land. You don't have to conduct an in-depth search to find a Dundun ensemble. The omnipresence of the Dundun ensemble is because the instruments that make up the ensemble are not restricted to a particular god or deity. This is the reason for the dominance over other ensembles in Yoruba land. The Ipese drums are synonymous with Ifa worship, Agere drums with Ogun worship, Bata drums with Obatala worship; whereas the Dundun has the freedom to feature in all contexts. Because of the tri-tonality of the Yoruba language, it feels more comfortable for the language to be expressed on the Dundun drums which are mostly tri-tonal.

The sounds of the Dundun ensemble is not the only feature that makes its performance dramatic and fascinating, but also the demonstration of skills, virtuosity, and aesthetics by the drummers, especially that of the Iya llu player. Because the major instruments of the Dundun ensemble perform speech functions, it is uncommon to come across Dundun musicians perform for audiences who only gather to dance and enjoy the music. Dundun performances are mostly matched with events because Dundun could be used as a medium for information, education and even propaganda.

The Iya llu drummer has the liberty to make either positive or negative expressions on the instrument freely. Issues or subject matters that ordinary members of the society cannot freely discuss openly, the Dundun drummer says it and gets away with it.

Please don't hesitate to drop a comment or hit the "Like" button or share it with a friend if this made some sense to you. I would really love to hear your thoughts or even questions in the comments section.

Hope you enjoyed this.

Content created and supplied by: Papa-Udeme (via Opera News )