Indeed, this year has been a blessed one for Nollywood, as there have been several moments of joy in the movie industry. Apart from a few bad news, there have also been harvest of joy. 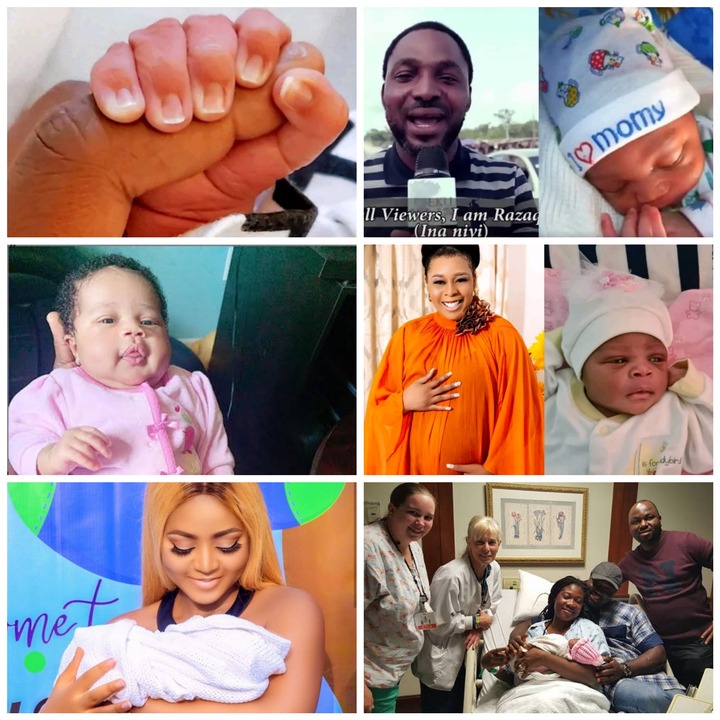 The fact that these Nollywood stars have been entertaining us makes it obligatory for us to share in their own moments of joy. So let's look at the 7 Nollywood celebrities that welcomed babies this year.

Popular actor Rasaq Owokoniran and his wife welcomed their bundle of joy in May this year. 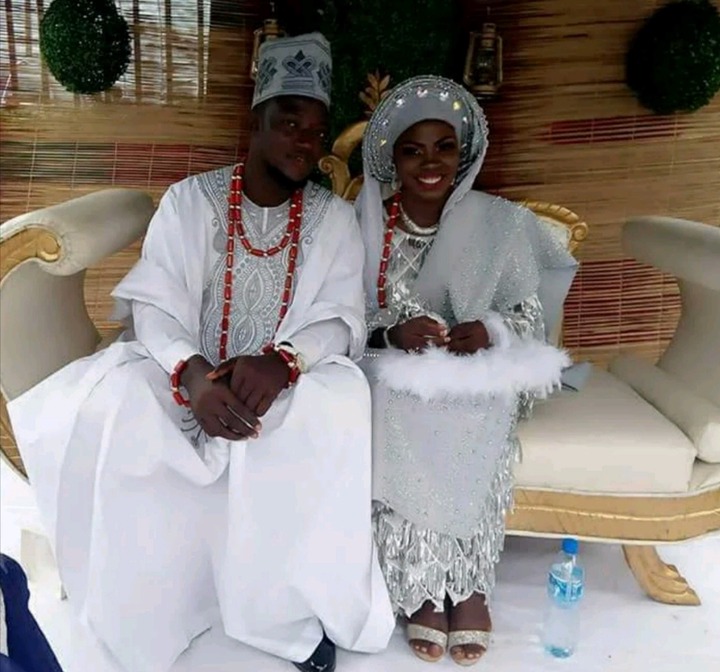 The actor who is popularly known as Wazo first made the announcement via his Instagram page, when he uploaded a photo of the newborn with the caption - "It's a bouncing baby boy from my wife, to God be the glory." 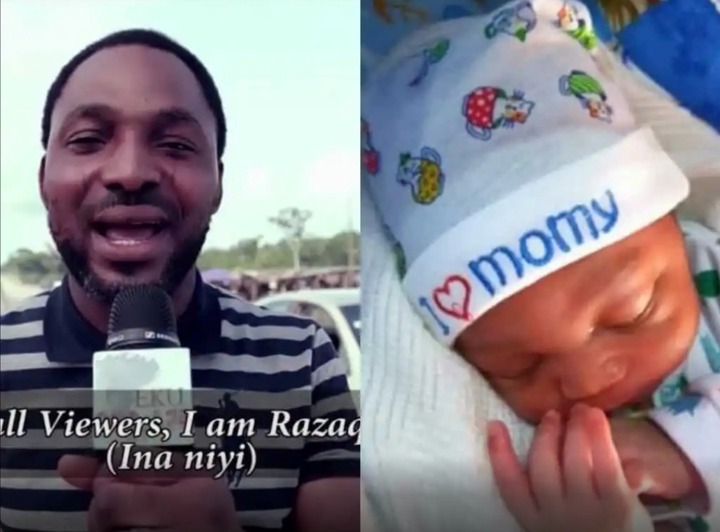 As expected, congratulations poured in immediately from fans, as everyone was happy for him and his wife, and shared in their moments of joy. 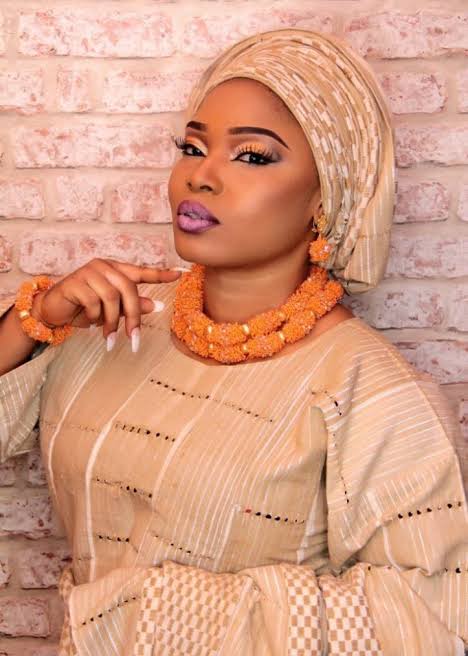 We all remember the moment when Halima Abubakar was in the news for using another woman's baby picture to post as hers. Yes, that's what we are talking about. Even though the actress had later come out to clear the air on the issue. 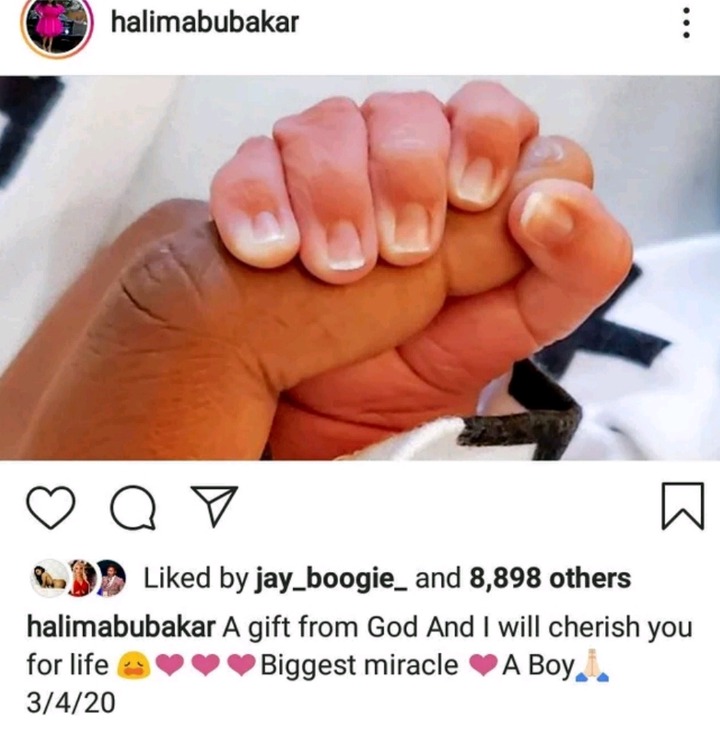 She said it was because of her love for the photo, and that she only wanted a beautiful photo like that to depict her own baby's delivery, and that there was no bad intention behind it.

Her baby arrived on April 3rd. It was a baby boy too. 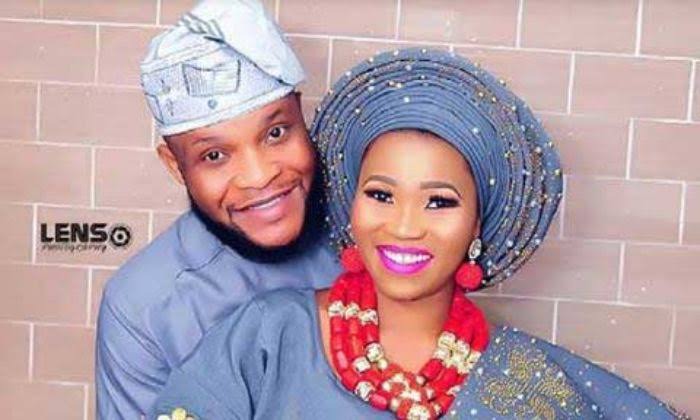 The 36-year-old award-winning actress and filmmaker joined the train of Nollywood celebrities that welcomed babies this year. 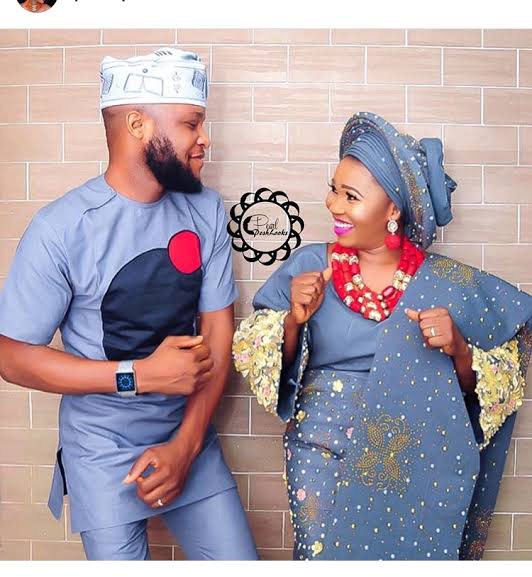 The actress who is popularly known as Kudi Klepto was the first to break the news to her fans via her Instagram page, also thanked God and her husband Abiodun Thomas who is also an actor and filmmaker like herself.

Theirs was a baby girl, and she arrived in April. 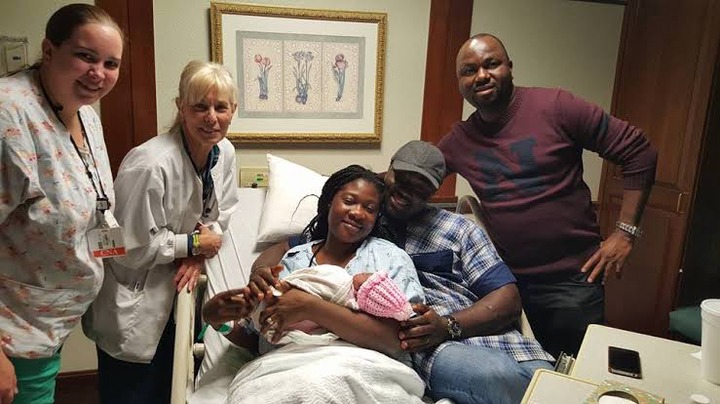 It was big news when our darling actress Mercy Johnson welcomed her baby. 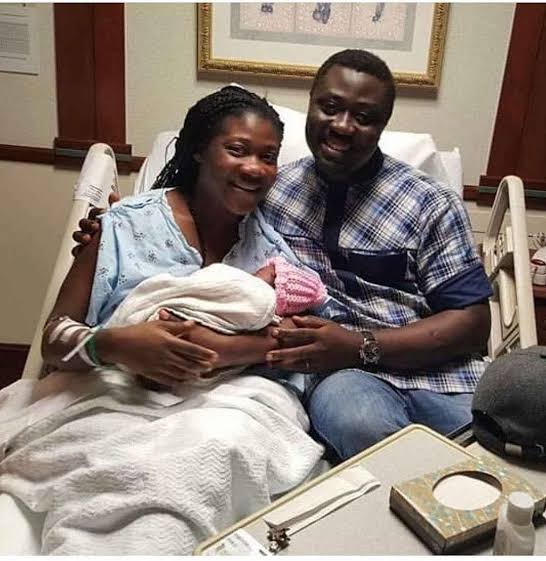 The bundle of joy who was delivered at the University of Maryland St. Joseph Medical Center, Towson, Maryland, was her fourth child, and a baby girl. 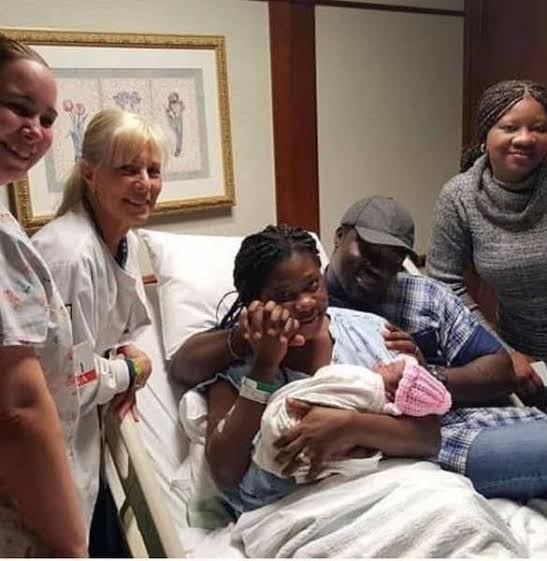 Mercy Johnson's baby arrived on May 4th, though she began posting photos of her pregnancy from December last year. 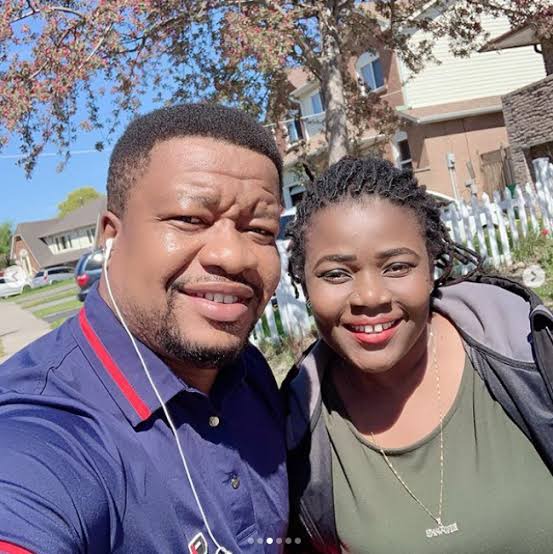 We won't forget in a hurry the tears of joy that Browny shed when his daughter arrived. What makes his more spectacular is the fact that he and his wife Becky have been married for 10 years without a child, but they still continued to keep faith and hope for a miracle. And it finally happened after 10 years of marriage. 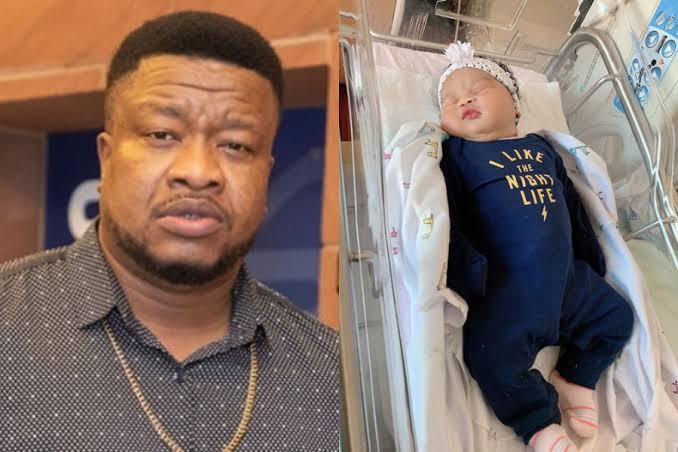 The Nollywood star later shared a photo of the newborn baby girl on his Instagram page, thanking God for the great gift. 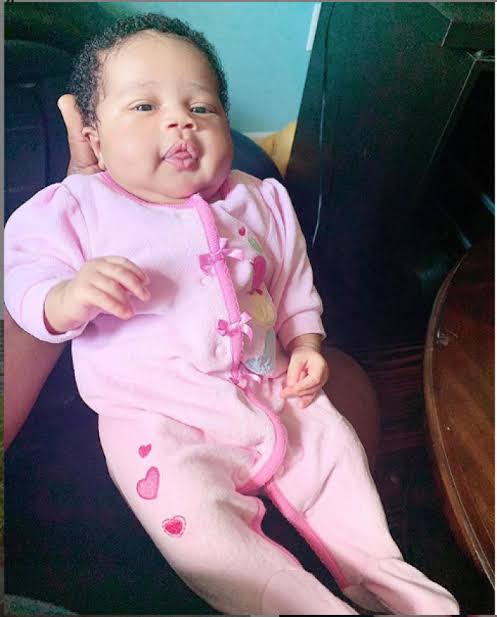 His baby arrived in June, and congratulations had poured in from different angles, and everyone was happy for him. 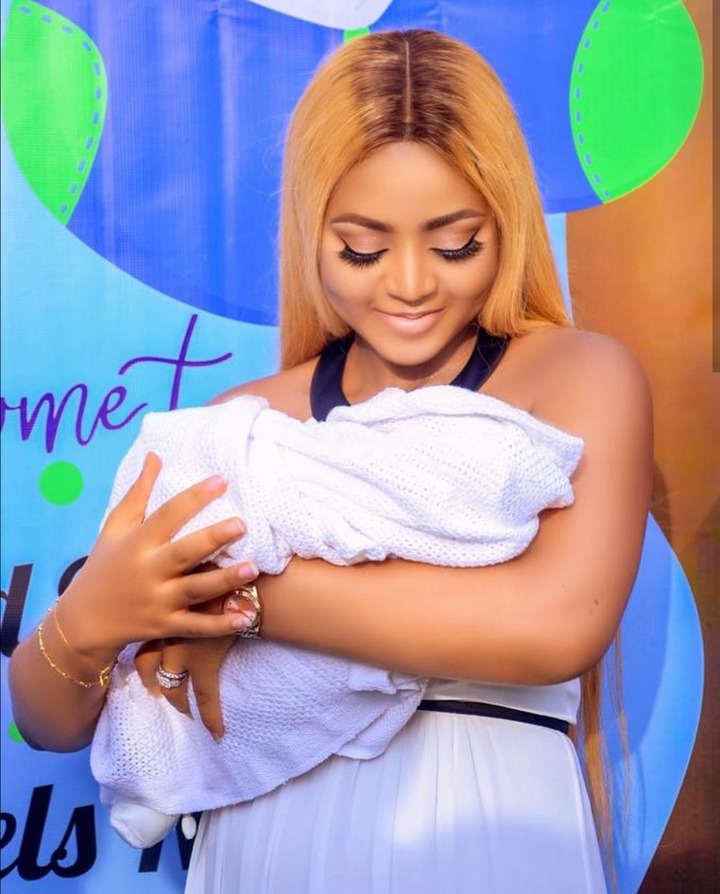 Perhaps the celebrity whose baby made the biggest news was the baby of Regina Daniels. The baby who was christened "Nollywood Baby of the Year" by members of the Actors Guild of Nigeria who paid a courtesy visit to her, is the actress's first baby. 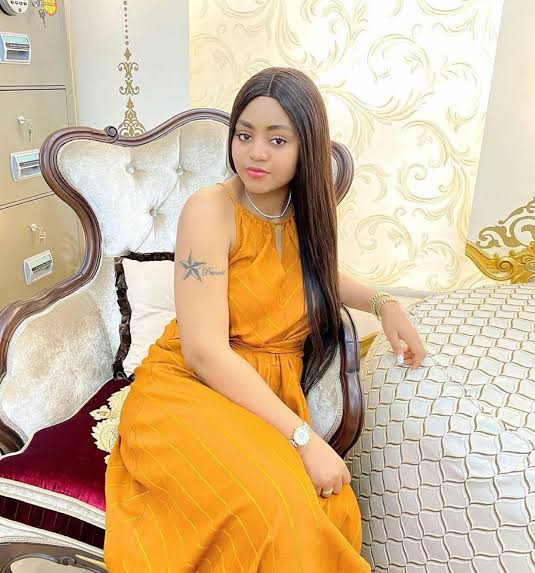 The news of her pregnancy was announced by her husband, Ned Nwoko, on May 30th, via his Instagram page, and that came after weeks of suspicion from the public. 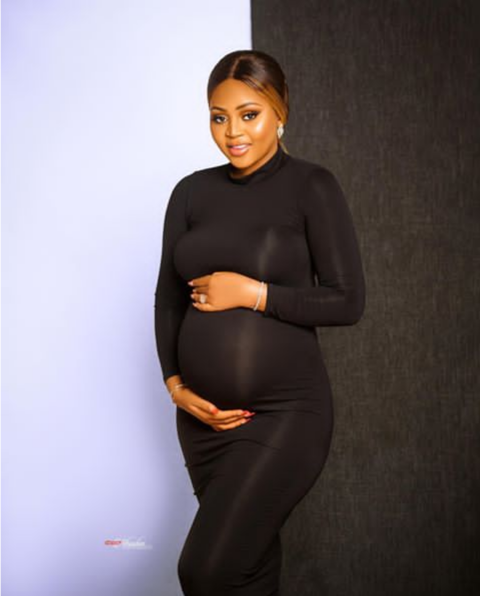 Her brother was the first to announce the arrival of the baby, after sharing screenshots of the video call he had had with Regina Daniels. He congratulated his sister, and added that it was a baby boy.

Regina Daniels and her husband had their child's naming ceremony some days after that, and the event was well attended by some top Nollywood celebrities.

The latest addition to the list of Nollywood celebrities that have welcomed babies this year is Tricia Eseigbe-Kerry. 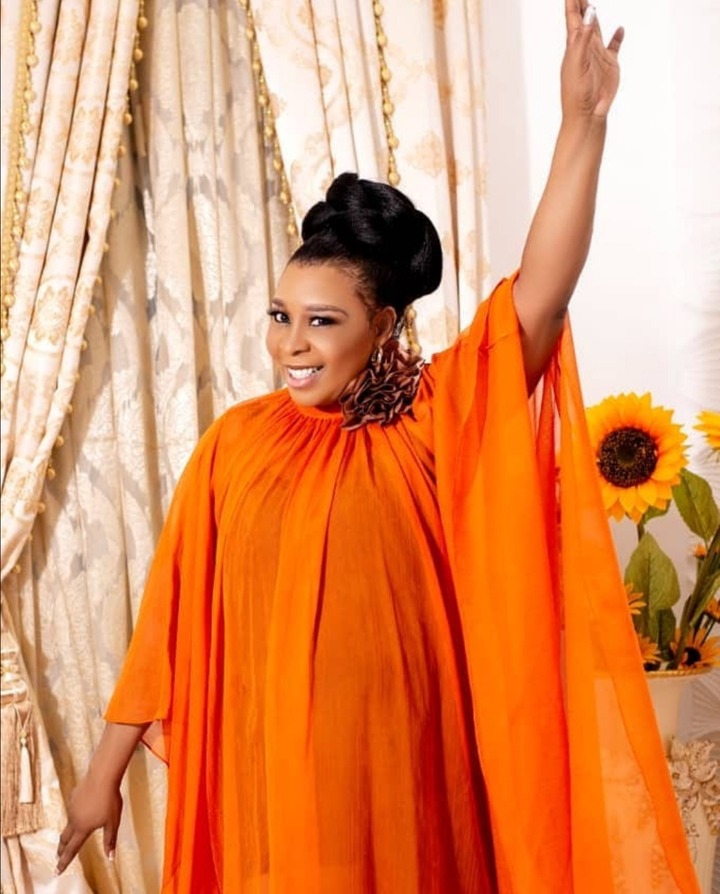 Tricia's and Browny's stories are quite similar, as both have been married for 10 years without a child. But they finally had their miracles this year.

Talk show host and movie star, Tricia Eseigbe, tied the knot with her husband in 2009, and the ceremony was well attended by her friends and colleagues in the industry.

Her friend, Monalisa Chinda, was the first to break the news of her delivery via her Instagram page on July 15, and reactions began to pour in immediately from the public. 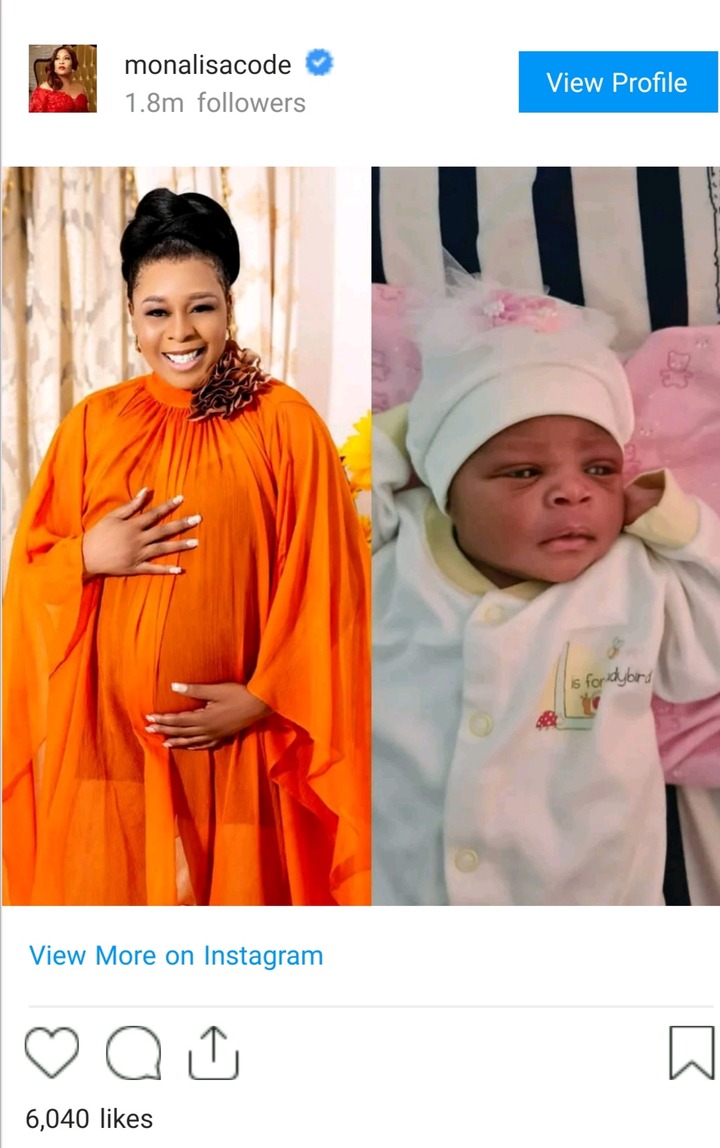 Soon after that, Tricia also took her to her own page to upload series of photos of her moments of joy, and all of the captions she was grateful to God for finally answering her prayers. 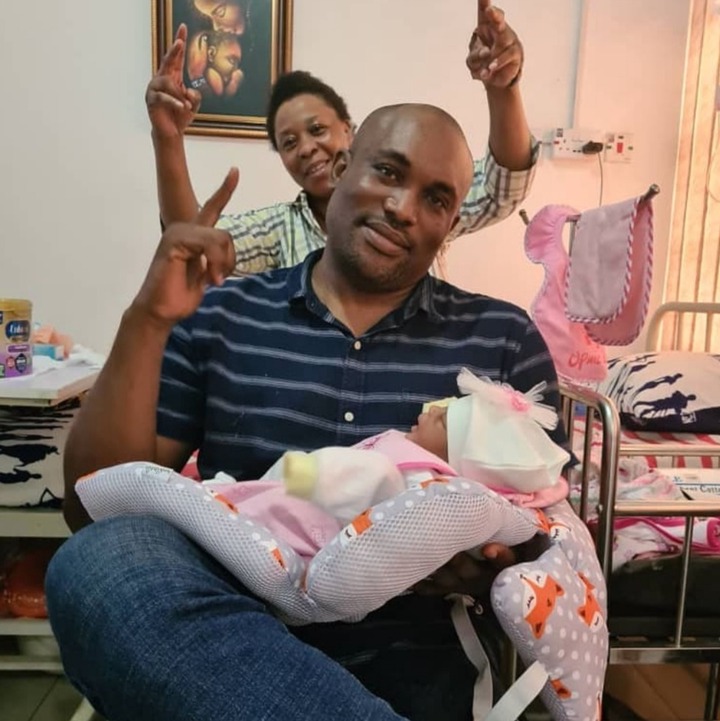 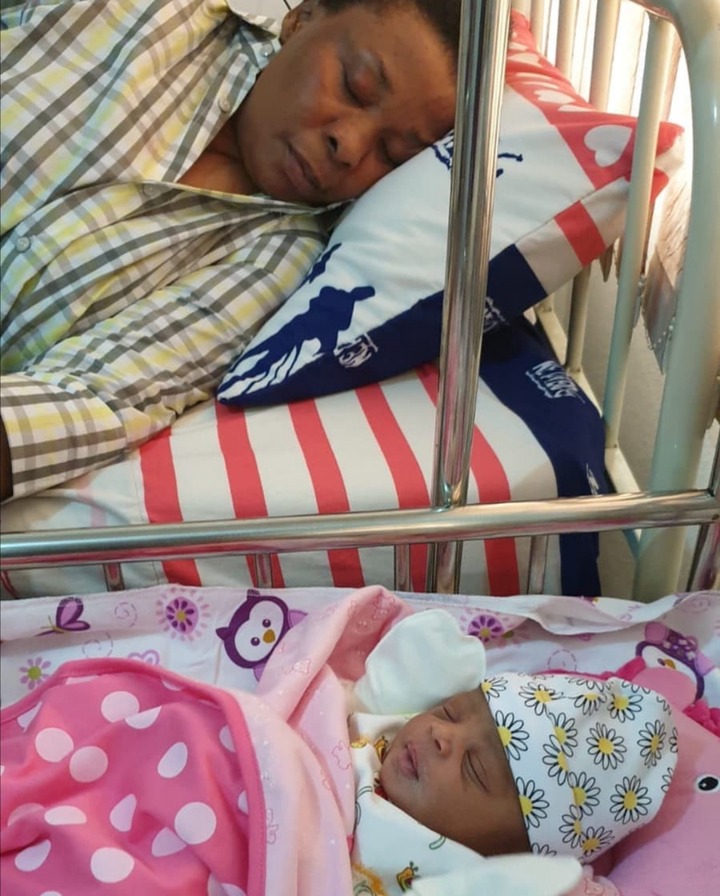 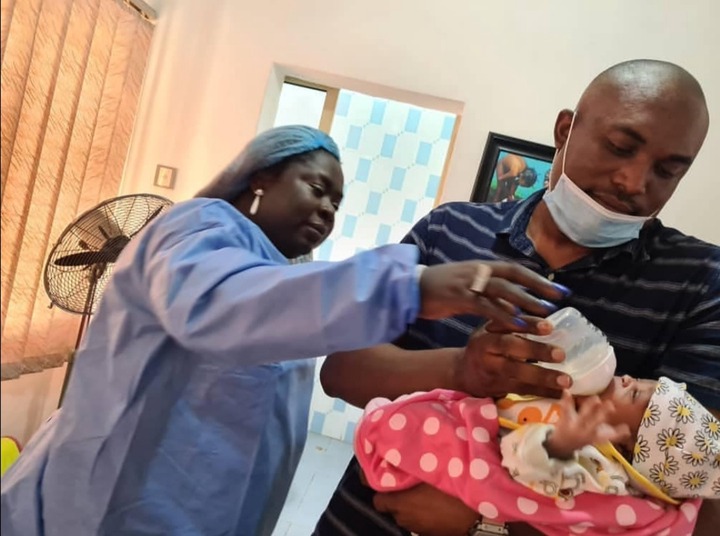 As fans of these celebrities, we share in their moments of joy, and pray for happiness to continue abiding in their homes.

Who among these celebrities is your favorite?