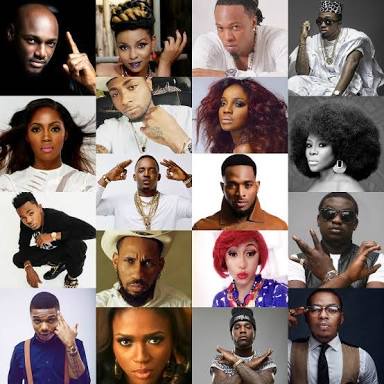 Nigerian music industry is riding high on a wave of digital innovation, and with proper investment and regulation could make a big contribution to the national economy. The country's musical trends have evolved dramatically with artists blending Nigerian culture with foreign influences to create an international appeal without losing the local touch in their compositions.

As we know Nigeria is a nation with a cultural diversity, such as Hausa, Igbo, Yoruba, Ijaw, Tiv, Edo and so on. There are 527 languages in Nigeria, seven of them are extinct. Nigeria also has over 1150 dialects from all the ethnic groups, and every person is Nigeria speaks at least two languages. The six most significant ethnic groups are Hausa, Fulani, Igbo, Yoruba, Efik - Ibibio and Edo.

The music of Nigeria includes many kinds of folk and popular music , many of which are known worldwide and sung or used in major projects by different people in different continents. Styles of folk music are related to the multitudes of ethnic groups in the country, each with their own techniques, instruments, and songs. Little is known about the country's music history prior to European contact, although bronze carvings dating back to the 16th and 17th centuries have been found depicting musicians and their instruments. Music is a significant part of the Nigerian culture and the people have a great heritage of work songs, they organize festivities in the centers of the towns and come to dance there.

The most common format for music in Nigeria is the call-and-response choir, in which a lead singer and a chorus interchange verses, sometimes accompanied by instruments that either shadow the lead text or repeat and ostinato vocal phrase. The southern area features complex rhythms and solo players using melody instruments, while the north more typically features polyphonic wind ensembles. The extreme north region is associated with monodic (i.e., single-line) music with an emphasis on drums, and tends to be more influenced by Islamic music.

But today Nigerian music industry have experience alot twist over time to compete on international standard. Many music artist have emerge overtime, under several record label, ranging from hip hop, R & B, Pop, gospel music among others.

We currently, have music artist such as Olamide, Davido, Wizkid, Tiwa Savage, Phyno, and so on who are still performing at top level in the industry for several years and still doing well. 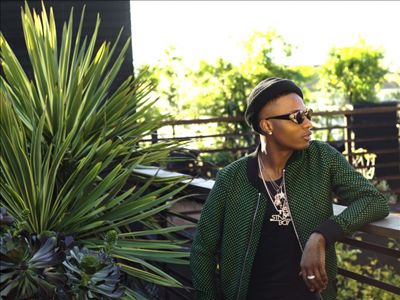 Singer/songwriter Ayodeji Ibrahim Balogun is one of Nigeria's biggest R&B crossover acts, having worked with Drake, Skepta, and Chris Brown, among others. He first found regional success in 2011 with the massively popular single "Holla at Your Boy," which appeared on his debut album Superstar. He went global in 2016 after his collaboration with Drake, "One Dance," soared to number one in 15 countries, resulting in a multi-album deal with RCA, which issued his Caribbean-influenced major-label debut, Sounds from the Other Side, in 2017.

Wizkid began his career in music when he was just 11 years old. His first record, Lil Prinz, was recorded in 2001 in collaboration with Glorious Five, a group consisting of Balogun and his friends from church. In 2006, he started pursuing music full-time, at first collaborating with various Nigerian pop acts including OJB Jezreel, Naeto C, and Banky W. 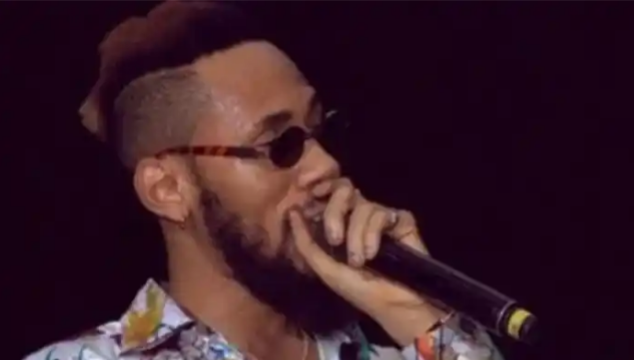 Chibuzor Nelson Azubuike popularly known as Phyno is a Nigerian indigenous rapper. He is a singer, song writer, and a recording producer. Phyno started his musical career in 2003, and has worked with big artists like Timaya, Ruggedman, Flavor, J.Martins, Bracket and Mr Raw.

Phyno came to limelight in 2012, after releasing a single song made with impressive rap, ‘Ghost Mode’ featuring Olamide. In 2013, He was nominated for Man of the Year. Today, Phyno is one of the famous indigenous rappers in Nigeria. 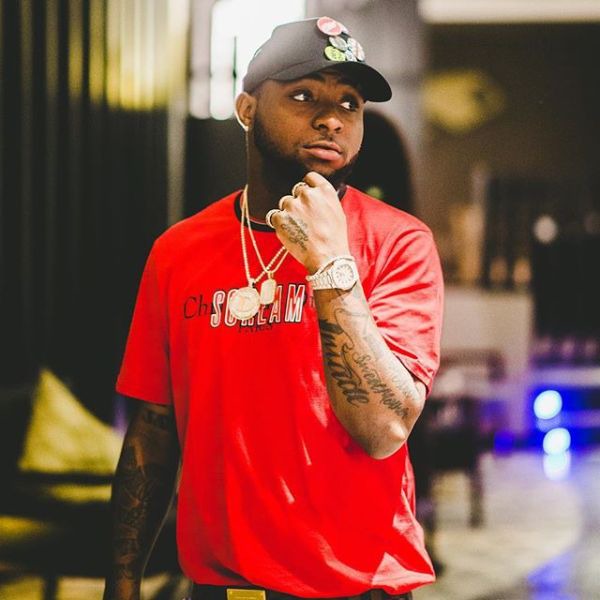 David Adedeji Adeleke, who is better known as Davido , is an American-born Nigerian singer, songwriter and record producer. Davido was born in Atlanta , US, and raised in Lagos, he made his music debut as a member of the music group KB International. He studied business administration at Oakwood University before dropping out to make beats and record vocal references. Davido rose to fame after releasing " Dami Duro ", the second single from his debut studio album Omo Baba Olowo (2012), from which six additional singles—"Back When", "Ekuro", "Overseas", "All of You", "Gbon Gbon", and "Feel Alright"—were taken. In 2012, Davido won the Next Rated award at The Headies. Between 2013 and 2015, he released the hit singles " Gobe", "One of a Kind", " Skelewu", " Aye ", "Tchelete (Goodlife)", "Naughty", "Owo Ni Koko", "The Sound" and "The Money". Tiwatope Savage-Balogun, known as Tiwa Savage, arrived in the early 2010s with a hybrid form of dance-pop that that synthesizes Afropop, reggae, and contemporary R&B. Born and raised in Lagos, Nigeria, the singer and songwriter moved with her family to England when she was 11 years old. During the latter half of the '90s, she established herself as a background vocalist, and opted to leave the accounting world when she was sought by Mary J. Blige. Though she had a business administration degree from Kent University, she furthered her music career by attending Berklee College of Music on scholarship. Prior to her graduation, she competed on The X Factor (U.K.) during series three and made it to the final 24. During the next couple years, Savage raised her stock with additional background work and the landing of songwriting credits on a handful of albums, including Fantasia's Grammy-nominated Back to Me. Savage made a name for herself as a solo artist in 2010 with "Kele Kele Love," a self-released single produced by Harmony Samuels. In 2013, signed to Don Jazzy's Mavin label, she released her debut album, Once Upon a Time, and received her first MOBO Award nomination in the category of Best African Act. Second album R.E.D. appeared in late 2015 with the majority of the production work handled by Jazzy. 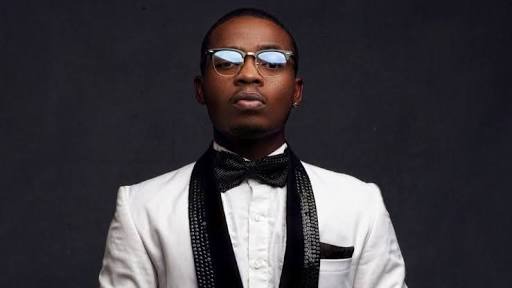 Olamide Adedeji , known professionally as Olamide (but popularly called Olamide Baddo or BaddoSneh), is a Nigerian hip hop recording artist. He records mostly in Yoruba, his native tongue. In 2011, he released his debut studio album Rapsodi while signed to Coded Tunes. YBNL, his follow-up album, was released under his label imprint YBNL Nation. The album was supported by the singles "First of All", "Voice of the Street", "Stupid Love", and "Ilefo Illuminati". On 7 November 2013, he released his third studio album Baddest Guy Ever Liveth. The album's singles include "Durosoke" and "Yemi My Lover". On 17 July 2013, Olamide became the first Nigerian to sign an endorsement deal with Cîroc. 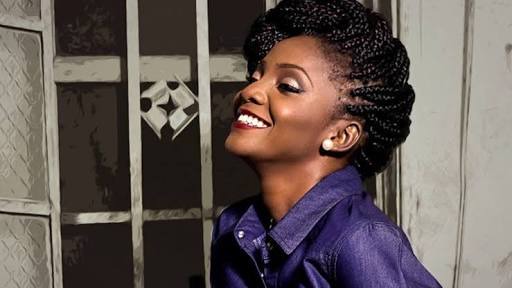 Simisola Kosoko, better known by her stage name Simi, is a Nigerian singer, songwriter and actress. She started her career as a gospel singer, releasing her debut studio album in 2008, titled Ogaju.She gained prominence in 2014 after releasing "Tiff", a song that was nominated for Best Alternative Song at The Headies 2015. Simi signed a record deal with X3M Music in 2014, but left the label in May 2019 following the expiration of her contract. She released her second studio album Simisola on September 8, 2017. Her third studio album Omo Charlie Champagne, Vol. 1 was released to coincide with her thirty-first birthday on April 19, 2019. She launched her record label Studio Brat in June 2019. 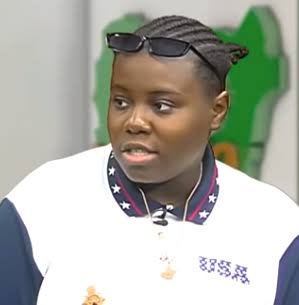 Teniola Apata popularly known as Teni, hails from Ekiti State. She was born in Lagos to Mr. and Mrs. Apata

Teni is a multitalented, and free-spirited award-winning Nigerian singer, songwriter, and entertainer. Teni swiftly rose to fame and stardom in the Nigerian music industry because people could relate to her lyrics.

Teni attended Apata Memorial High School – a school owned by her late father in Lagos. After secondary school, Teni went to the United States of America (USA) to get a degree in Business Administration at the American Intercontinental University. She is the younger sister, to the popular singer – Niniola.

Her music is versatile, as anything around her inspires her. She loves Wasiu Ayinde’s songs, and this reflects in her songs as well. 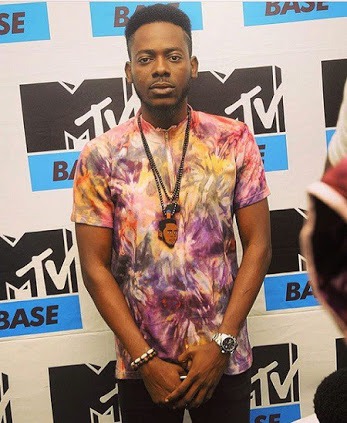 Adekunle Kosoko, known professionally as Adekunle Gold, is a Nigerian highlife singer, songwriter and graphic designer. He gained widespread attention after releasing the 2015 hit single "Sade", a highlife cover of One Direction’s "Story of My Life". In 2015, he signed a record deal with YBNL Nation and released his debut studio album Gold, which debuted at number 7 on the Billboard World Albums chart. Gold was preceded by the release of three singles: "Sade", "Orente" and "Pick Up". Adekunle Gold revealed to Nigerian Entertainment Today that prior to signing with YBNL, he designed the label's official logo and completed other designs for Lil Kesh, Viktoh and Olamide. 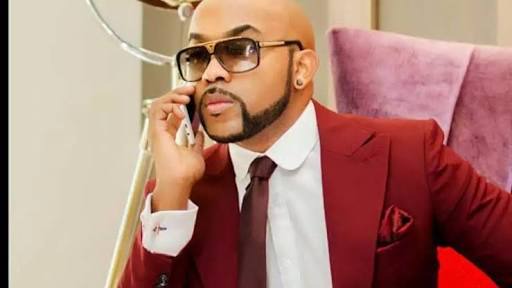 Olubankole Wellington known with his stage name Banky W is a singer, song writer, actor and an entrepreneur. He is an accomplished artiste and built a music empire that produced internationally acclaimed artiste like Wizkid. He was born in United State to the family of George Bankole Wellington but his family moved to Lagos, Nigeria when he was 5 years old. He started singing in his church choir at a tender age.

Banky W completed his primary and secondary education in Nigeria. After secondary school, Banky W moved to United States of America for his tertiary education. He studied Industrial Engineering at Rensselaer Polytechnic Institute, New York on scholarship. While in college, he started his record label E.M.E and even featured and won numerous musical competitions in college.

The music industry keep growing overtime, and competing with international music standard, it a very nice development to our music and most importantly entertaining industry.

Content created and supplied by: Ibro2020 (via Opera News )