By YeshuaEfe (self media writer) | 2 years ago 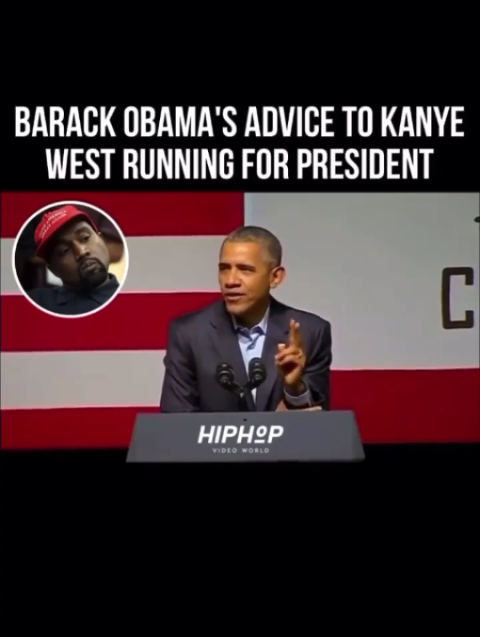 As we all have witnessed, Barack Obama became the first black and african american to become president of the United States. Maybe Kanye might become the next and all black people should be proud and vote. In a campaign years back. Barack had said that if Kanye was serious about running for president, he should, "be ready to deal with a bunch of people who act like they are on reality TV." We all might have a clue of the people he meant in that statement. He was referring to the Kardashians.

Secondly, Barack also mentioned, now referring to one of Kanye's old album "my beautiful dark twisted fantasy", that it is unacceptable to say that kind of stuff in politics. And he lastly adviced the born again singer to please do something about his name.

The almost bad news for Obama, is, last week the Oklahoma State Election Board announced that West had qualified for the ballot in the Sooner State. Kanye West had filed a Statement of Candidacy and Statement of Organization documents with the Federal Election Commission (FEC). The document authorizes a political committee to raise and spend money on Ye's behalf, while also drawing indications that West has raised at least $5,000 through campaign activity. He seems to have done that already.

Here's the GOODNEWS for blacks who supports Him (West), according to some electoral analysis, he could get voted on since many Americans do not like Trump or Biden. This is known as "protest votes." It is an instance where voters are looking for someone who is another option. Just so you are informed, West has a zero rape charge, made a female preacher his running mate, he is anti-abortion, wants to make America God's country and 'is following the word of the bible' according to his last phone call interview with Forbes magazine. 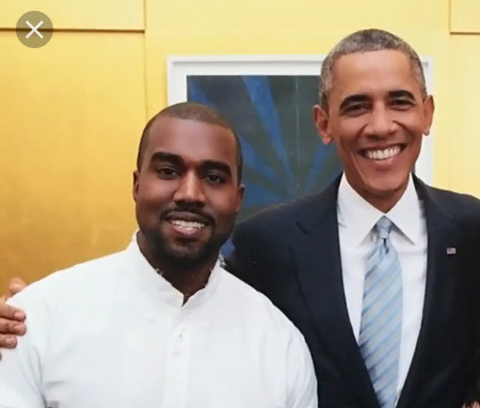 Obama is obviously campaigning for Joe Biden who had made an offensive statement earlier while campaigning, Joe had said, "if you do not vote for a Republican, then you are not blacks". Ofcus the blacks were furious about that, and he was forced to apologise because that was like taking their rights indirectly according to them. This proves Obama might not be for blacks this time around or what's your opinion?

Kanye West who has been known for his confident display, music and fashion, seems to be walking into politics but shockingly also has been active philanthropy, architecture and evangelism. He had tweeted on July 4, only 4 months to the US november general elections, contrary to 4 years spaced announcement from already running aspirates such as incumbent president Donald Trump and Joe Biden.

Content created and supplied by: YeshuaEfe (via Opera News )