Checkout Nigerian artistes who faded away in the music industry.

By Dolemite | self meida writer
Published 8 months ago - 847 views

Music is as old as time itself and the music industry is one "market" that seems to have many different varieties of products day by day. The struggle and strive to stay relevant and popular is ever present and artistes don't find it easy doing so.

This article will take you back in time a bit to Nigerian Artistes who lost relevance at their prime stage in the music industry and talk about what they are up to at the moment. 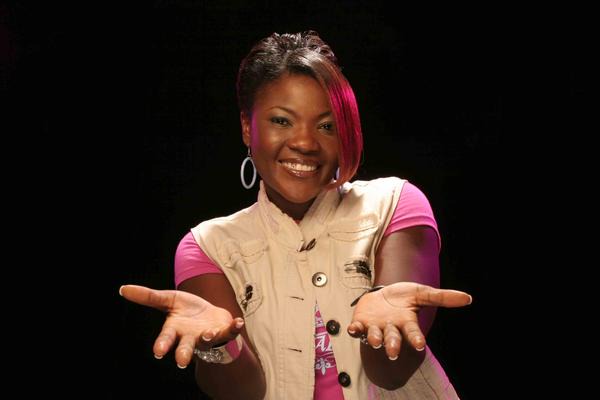 This artiste (real name is Bukola Folayan) is a renowned Nigerian rap singer and gospel artiste. During her reigning days, her passion for music was evident in the way she passes amazing, inspirational and powerful word impacting songs going by the way she preaches the gospel through her lyrics. She hails from osun state born on 18th of September. She started with an all-girls gospel musical group but later went solo when she was the only consistent one left in the group. In 2007 she released a self-titled album "B.O.U.Q.U.I" which topped charts, radios and it had 17 tracks to its credit. However her popularity diminished 2010 and 2015, thereby losing the face of media recognition. However she released a single with angeloh titled " DEMO". She currently resides in Los Angeles, California where she is working on a music project. 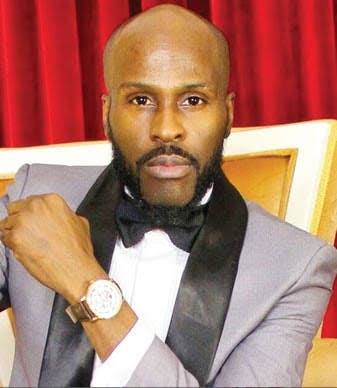 The Virginia born rapper was raised in Lagos. He goes by his stage name as "Killz" but full name is Ikechukwu Onunaku. He after completing his secondary education at king's college, Lagos he moved to the United States only to return 10 years later to release his first album of which his first and one of his iconic hit single "My name is Ikechukwu" was a part of . This happened in 2006. He worked with acts like the likes of Dbanj, Don jazzy and Wande coal on several singles. However his glory faded and in 2013 he made it to the movies scenes in the blockbuster movie "The wedding party" and "The wedding party 2(Destination Dubai)" where he played the role of Sola Akinyemi. This however earned him some reputation to make up for the faded glory of music. 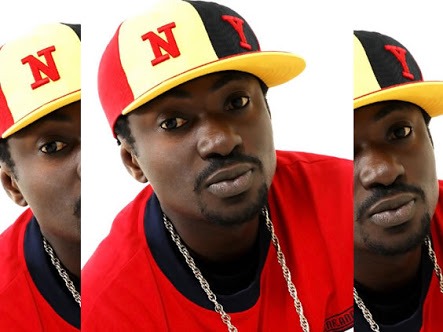 The Nigerian reggae, ragga and dancehall singer and songwriter hails from Benue state. He was popular in 2004 when he co-wrote the song "African Queen" with 2face idibia now rebranded as 2baba which was however popularized by the latter. He goes by the name black face with real name as Ahmedu Augustine Obiabo. He founded the popular music group "Plantashun Boyz" with 2face and later on Faze whom they met at Enugu. However they broke up in 2004 due to rights to the song "African Queen" and later reunited in 2007 for a music project. Well we can all say who is doing the best amongst that group.

Born on 3rd of March to a family of three , Williams Orioha aka 2shotz grew up in Surulere, Lagos state. He got a degree in international relations and personnel management at the Lagos state University. He was a rapper and songwriter in his days. He released his debut studio album titled "Pirated Copy" which had singles like "odeshi". His dexterity involves the use of English, Pidgin and Igbo to communicate his lyrical context. His last two studio albums "I am William" and "Loud silence" was released in 2010 and 2016 respectively which virtually marked the end of his faded musical career as he translocated to the United States as a photographer and film maker. This was due to claims that he was under-appreciated in Nigeria. Well what can we say, he ended with his last "two shotz" his career. 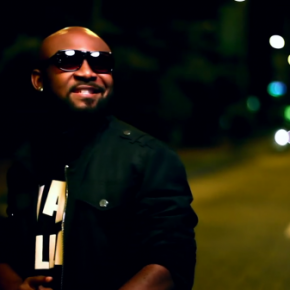 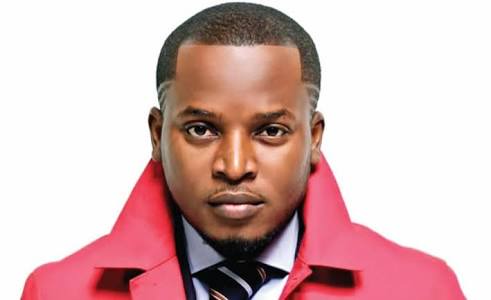 Nigerian-American rapper, singer, Lanre Dabiri known by his stage name as elDee was born on May 27 1977. He was also called the Don during his music days where he was part of the group "Trybesmen" under the record label "trybe records". He originates from Lagos but became based in the United States in 2002. Two years later he released his first solo album titled " long time coming" and then two years later he followed it up with "Return of the King" ,this album later won an award at Nigerian Entertainment Awards in 2007. However he has backed out of the music industry and resorted to being an IT consultant in the United States. He is currently married with two kids. 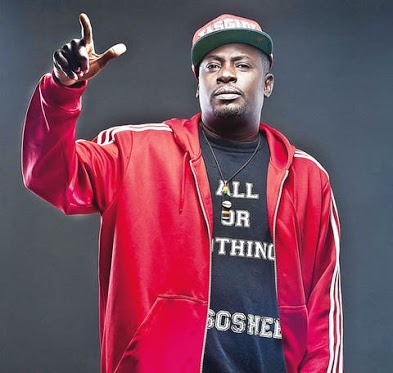 If music was a mode , then this guy would be mode 9 . He goes by this as his stage name with real name as Babatunde Olusegun Adewale. He is an English-born(London to be precise) Nigerian rapper who has worked with acts like 2face, DJ Jimmy Jatt amongst others. His genres are hip-hop as you would have it and his first debut album was Malcolm IX and two years later he released pentium IX . However his last project "Insulin" was said to be the last of him in Nigeria as he claimed that Nigerians gave up on him in an interview with the Punch Newspaper. He complained of things getting too difficult for him in Nigeriaand decided to be releasing his music somewhere else. He however insisted that this was not retirement from music but a transition to a different location of lucrativity. Hmmm, sure looks like retirement from stardom to me.! 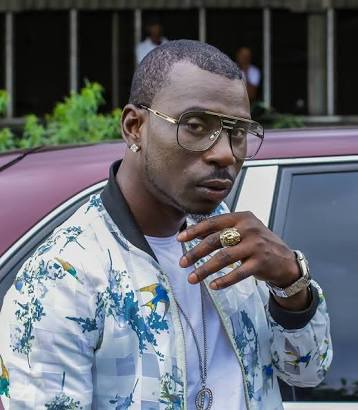 If you are popular with the term "2gbaski" or "zanga" then you should know this guy which is the last on our list. Durella (real name : OluwaDamilare Okulaja) is a recording artist, songwriter and business man. During his musical era he collaborated with acts like WizKid, Dammy Krane, Dbanj, Femi kuti and a host of others. His debut album was tagged "King of the Zanga " under the TC record label. He was at sometime compared to Dbanj due to his voice pattern , he however debunked this opinion as he said that he was just being who he was and was embibing the most important element that makes one a musician which is the lyrical content on your music.He also insisted that one must also be very versatile and be sure to get returns on investment.

He is know as the first Nigerian to own a shoe line outfit. Recently he released a single featuring rapper Ice Prince titled "salaye" but that can't really make up for the game he has lost after being out of the game for almost 10 years.

Content created and supplied by: Dolemite (via Opera News )

bishop david abioye funke akindele npf breaking news today top 10 nigerian songs what are the classes of food
Opera News is a free to use platform and the views and opinions expressed herein are solely those of the author and do not represent, reflect or express the views of Opera News. Any/all written content and images displayed are provided by the blogger/author, appear herein as submitted by the blogger/author and are unedited by Opera News. Opera News does not consent to nor does it condone the posting of any content that violates the rights (including the copyrights) of any third party, nor content that may malign, inter alia, any religion, ethnic group, organization, gender, company, or individual. Opera News furthermore does not condone the use of our platform for the purposes encouraging/endorsing hate speech, violation of human rights and/or utterances of a defamatory nature. If the content contained herein violates any of your rights, including those of copyright, and/or violates any the above mentioned factors, you are requested to immediately notify us using via the following email address operanews-external(at)opera.com and/or report the article using the available reporting functionality built into our Platform

Opinion: Do these things when you get tired of your partner in a relationship 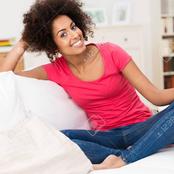 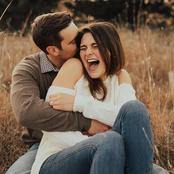 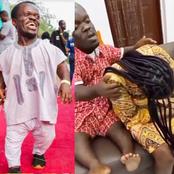 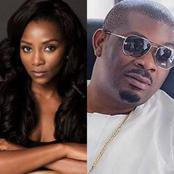 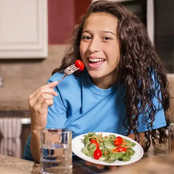 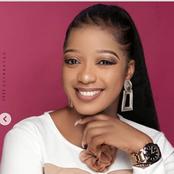 Report: Barca and Messi continue to pressure Neymar over a possible return to the Club this summer 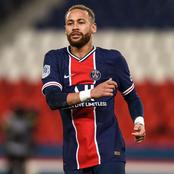 “You are stakeholders, no one can drive you away from Imo State,” Hope Uzodinma to the Northerners. 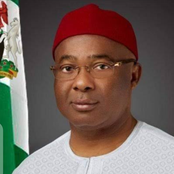 PHOTOS: More Pictures Of The New OPC Leader That Was Fani-Kayode's Bodyguard Years Ago 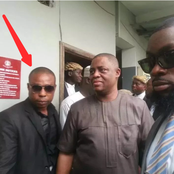 Be Confident and Look Classy in these Heels 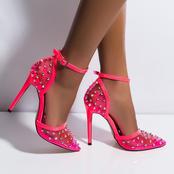