Most epic Kardashian sister fights that was captured on camera 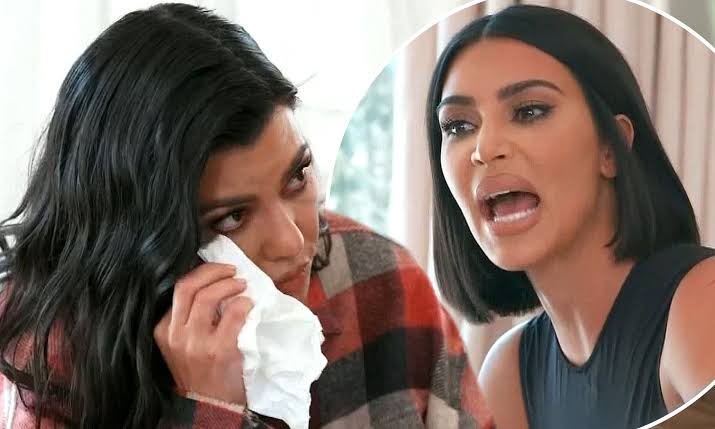 The most entertaining parts of watching Keeping Up with the Kardashians is witnessing the family's incredibly unreasonable meltdowns. Season after season, they never failed to disappoint. In this article, we'll be looking at the sisters biggest fights captured on camera.

In season 17 of the show, things got heated up when Kim and Kourtney got involved in a full-on fashion feud. It all started when Kourtney wanted to pick out an outfit to wear for her 40th birthday party and Chloe told her to FaceTime Kim to weigh in.

Kourtney admitted that she didn't trust Kim's opinion and that's when things got ugly. Kim then accused Kourtney of trying to steal her style, saying that she always picked out the same clothes and explained how much work she puts into curating her look. Kourtney became furious and lashed back by mocking Kim's Met Gala dress choice and compared it to a Halloween costume.

After this argument over style, things only got worse. The two sisters bickered over text, slinging insults back and forth at a dizzying speed. Kourtney dug deep and called her sister a miserable human being and she didn't stop there. She went on to accuse her of masquerading as a humanitarian, but not contributing to the world.

Without skipping a beat, Kim called Kourtney a fake humanitarian and argued that she disses her for not helping out but doesn't do anything herself to promote global change. As far as who's the better humanitarian, based on this blowout, we'll call it a tie.

We all know that the sisters are no strangers to critiquing each other, but there were a couple of times when they crossed the line. One of the biggest fights of all time happened when the girls were trying to plan a Christmas card photo shoot. Tensions were running high when Kim explained how important it was to get everyone together in order to create a lasting memory.

However, when Kourtney refused to change her plans for the shoot, Kim totally blew up, saying, "no one wants you in the shoot get out of here and go." The cherry on top was when she said she was the least exciting to look at. Needless to say, it did not end well. Kim Kardashian and Kourtney Kardashian even got into a physical fight, according to CNN. 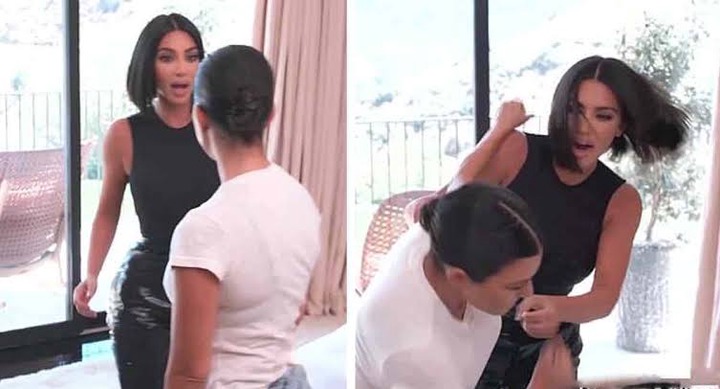 After the build-up of all this drama, Kim and Kourtney were still at each others' throats, but it didn't stop Kim from inviting her big sister to her baby shower. Kim went above and beyond planning the perfect celebration for baby Chicago. Although Kourtney originally was excited about the event, the wounds of their fight were still fresh, so she decided to skip the shower.

As you can imagine, this only made Kim even more upset. Kim admitted: "I really hope Kourtney was gonna get over herself and just show up, but she didn't." She went on to accuse her of not prioritizing family and was shocked that she would miss out on such an important occasion.

One of the most random family outings on the show was when the sisters decided to spend some quality time together on a boat tour around the Alcatraz prison. Khloe noticed that Kourtney was on her phone and not participating in all the pre-planned sisterly function.

Instead of calmly asking her to put her phone away, Khloe flipped out and said: "What are you here for, you're like a waste of space." It's safe to say that this moment will go down as one of the show's most epic screaming matches of all time. 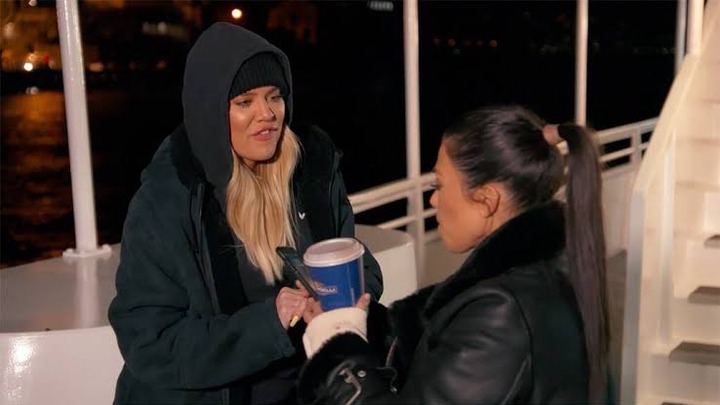 When Kim, Kourtney and Khloe traveled to Tokyo to shoot a Yeezy campaign, Khloe posted a photo of her sporting a sparkly silver dress with statement chandelier earrings and Kourtney shared a selfie of her wearing an embroidered red silk robe with bold blue eyeshadow. Well, it's clear the sisters were proud of their looks.

Kim said she was embarrassed by her sister's style and even went as far as to say, "I couldn't even eat dinner because I was so disgusted." Later, when Kim confronted her sisters about the so-called fashion emergency, Kourtney said that she thought Kim looked like a cyclist who had just won the Tour de France.

When planning a Candyland birthday bash for Northwest and Penelope Disick, Kourtney told her sisters that she would prefer to keep the sweets to a minimum because of the theme. Kim reacted by saying she's actually insane and was exasperated by the idea of having a candy land theme party with no candy. She even threatened to split up the birthdays and throw one for North on the same day.

After a lot of arguing, the sisters were finally able to compromise and throw a soiree with treats. As far as the eye could see, there was even a station where kids could design their own candy sunglasses. It seemed like Kim got her way after all.

Let's not forget the youngest members of the Kardashian clan Kendall and Kylie. While they may not seem as dramatic as their older sisters, it's all a ruse. Lest we forget the moment in season 11 when the two girls got in a huge argument after Kylie wouldn't let Kendall borrow her clothes.

During the episode, the sisters are seen getting ready for the ESPYs when Kendall asked to borrow something to wear to dinner but Kylie bluntly refused her.

One of the biggest blow ups that happened was when the Jenner girls were in their teens. When Kendall and Kylie were young, they looked up to Kim and wanted to spend as much time with her as possible. Kim however didn't want to entertain her kids sisters all the time.

She decided one day to play sick, so she could have some time alone. The girls thoughtfully responded by buying her 'Get Well flowers,' but then ended up catching her in her lie. Kendall was so upset that she smashed the vase of flowers and stormed off in a wild rage.

Although these moments may seem too dramatic for the Kardashians, but it is actually what makes the KUWTK show epic.