By Fätäl_Çräfts (self media writer) | 6 days ago

Alfredo James Pacino is an American actor and filmmaker. In a career spanning over five decades, he has received many awards and nominations, including an Academy Award, two Tony Awards, and two Primetime Emmy Awards. He is one of the few performers to have received the Triple Crown of Acting. 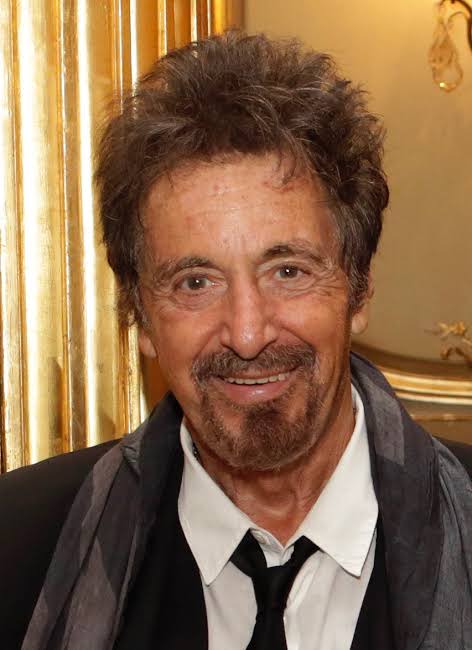 Alfredo James Pacino was born in the East Harlem neighborhood of New York City on April 25, 1940. He is the son of Italian-American parents Rose Gerardi and Salvatore Pacino. His parents divorced when he was two years old.[1] He then moved with his mother to the Bronx to live with her parents, Kate and James Gerardi, who were Italian immigrants from Corleone, Sicily.[2] Pacino's father was from San Fratello, Sicily, and moved to work as an insurance salesman and restaurateur in Covina, California 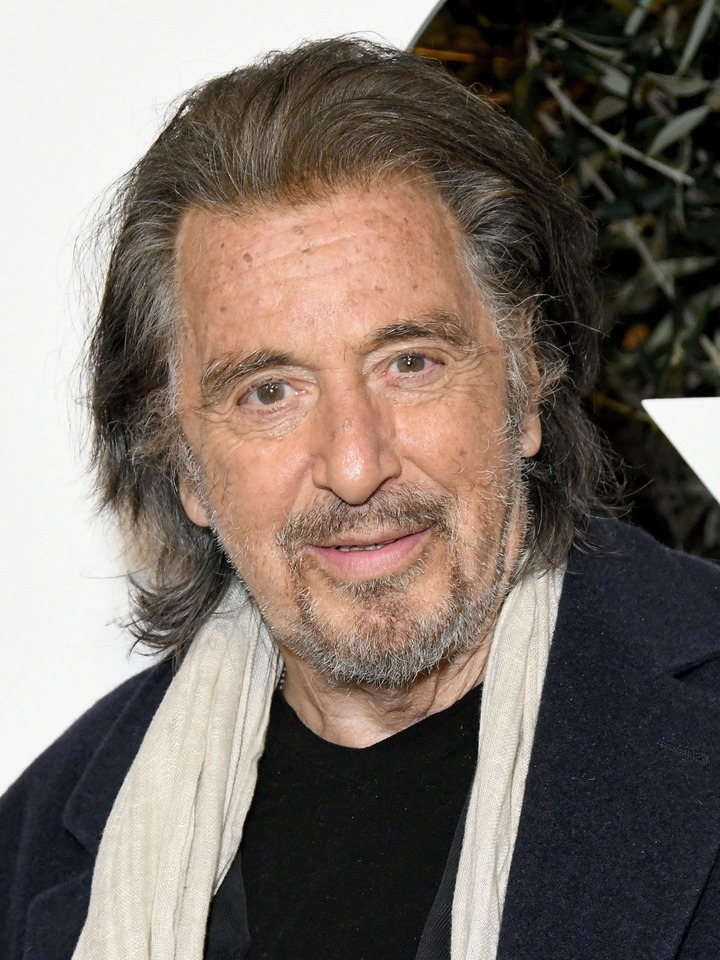 Pacino has three children. The eldest, Julie Marie (born 1989), is his daughter with acting coach Jan Tarrant. He has twins, son Anton James and daughter Olivia Rose (born January 25, 2001), with actress Beverly D'Angelo, with whom he had a relationship from 1996 until 2003. He has never been married.

Below are the most popular movies featuring Al Pacino.

Scent of a Woman is a 1992 American drama film produced and directed by Martin Brest that tells the story of a preparatory school student who takes a job as an assistant to an irritable, blind, medically retired Army lieutenant colonel. 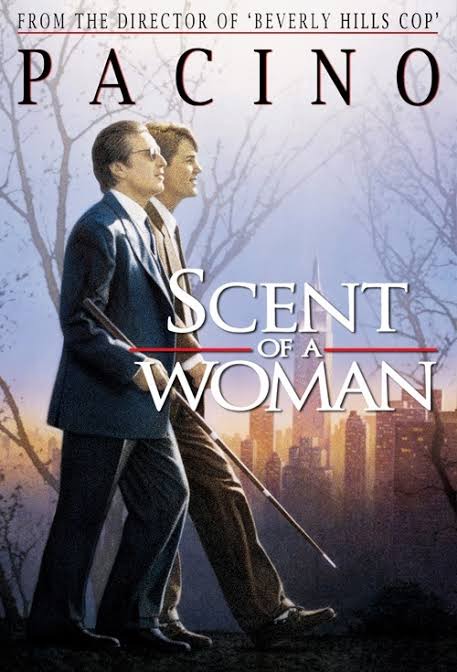 Donnie Brasco is based on the true story of FBI agent Joe Pistone (Johnny Depp), who went undercover and infiltrated the New York City mob during the late 1970s. Joe, who went by the name of "Donnie Brasco", played his role so effectively that he rose to extraordinary heights within the organization, holding a place alongside his mentor, Lefty (Al Pacino), in the inner circle of boss Sonny Black (Michael Madsen). But, the more time he spent with members of the Mafia, the more like them he became. And, after a while, Joe could no longer tell where his true loyalties lay: to his wife (Anne Heche), family, and government, or to the wiseguys who had adopted him into their exclusive club and lifestyle. 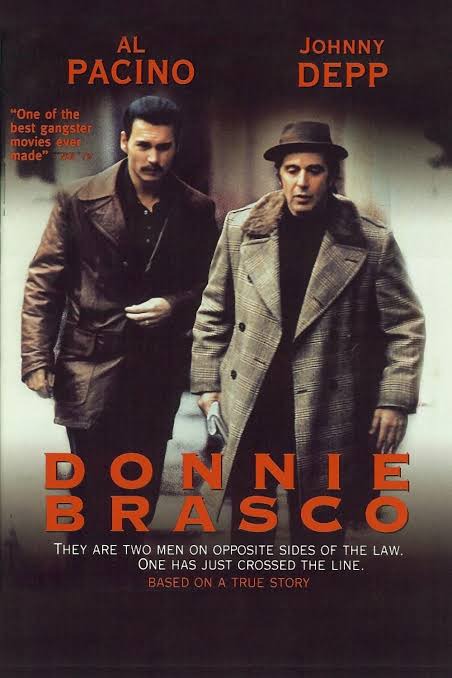 The Irishman is a 2019 American epic crime film. The film follows Frank Sheeran (De Niro), a truck driver who becomes a hitman involved with mobster Russell Bufalino (Pesci) and his crime family, including his time working for the powerful Teamster Jimmy Hoffa (Pacino). 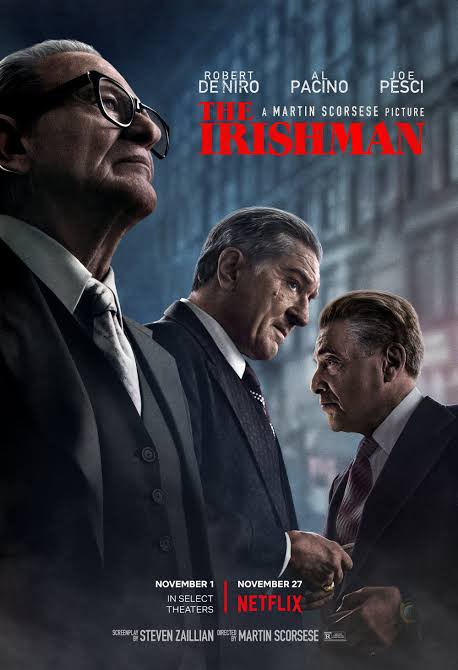 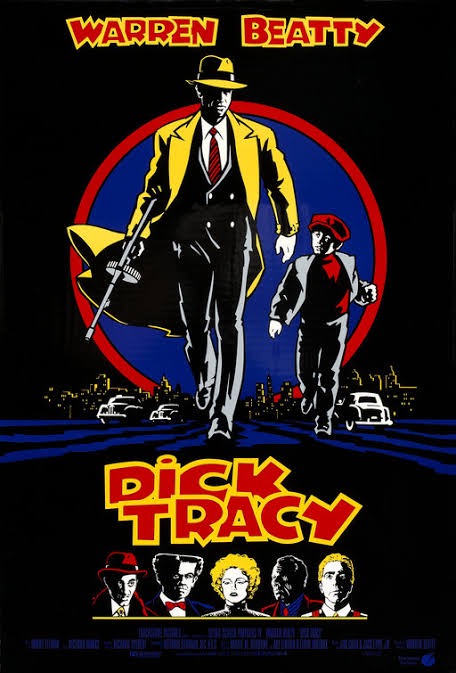 Scarface is a 1983 American crime drama film. Scarface tells the story of Cuban refugee Tony Montana (Al Pacino), who arrives penniless in 1980s Miami and goes on to become a powerful drug lord. 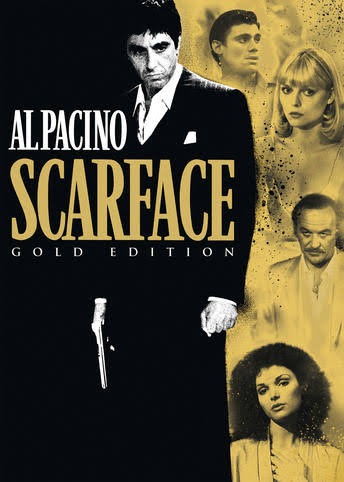 Michael Mann’s bank heist thriller marks one of the greatest crime films ever made, finally pairing Pacino with his longtime acting equal Robert De Niro on screen together. The long-anticipated, dialogue-heavy diner showdown more than lives up to the hype, with the heavyweights trading blows ahead of a big screen robbery and shootout for the ages. But beyond the bullets, Pacino’s anguished detective sells the story through his marital troubles and struggles with the brutality of police work. 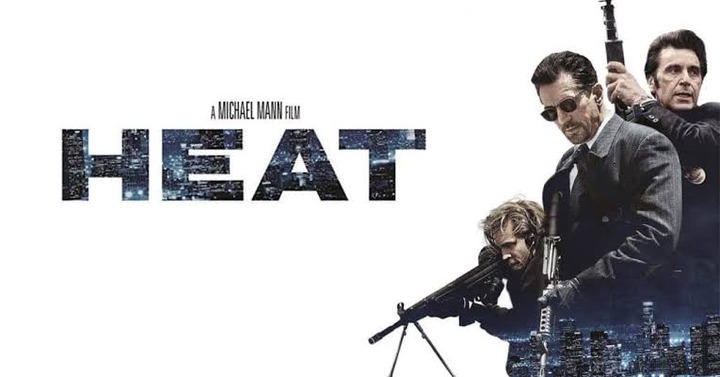 The Godfather is set in the 1940s and takes place entirely within the world of the Corleones, a fictional New York Mafia family. It opens inside the dark office of the family patriarch, Don Vito Corleone (also known as the Godfather and played by Brando), on the wedding day of his daughter, Connie (Talia Shire). Vito’s youngest son, Michael (Pacino), who has distanced himself from the family business, attends the festivities with his non-Italian girlfriend, Kay (Diane Keaton). A few months later, Vito is nearly killed by gunmen sent by a rival family, and Michael saves him from another attempt while he is recovering in the hospital. Michael then takes revenge, killing a corrupt police captain as well as the man who ordered the hit on Vito, after which he flees to Sicily as a gang war breaks out. Vito’s eldest son, Sonny (James Caan), is gunned down, and the violence eventually reaches Michael when his Sicilian wife is killed during an attempt on his life. Michael returns home and marries Kay, and Vito makes peace with the rival families. Michael succeeds his father as don, and, after bringing prosperity to the family, he launches a campaign to systematically wipe out all those who had ever attacked the Corleones. 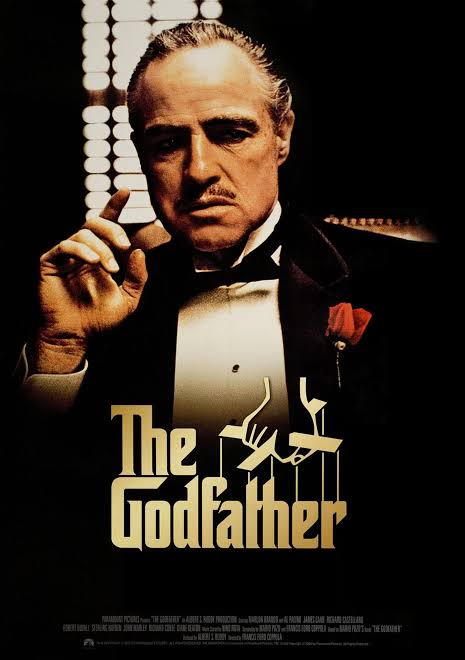 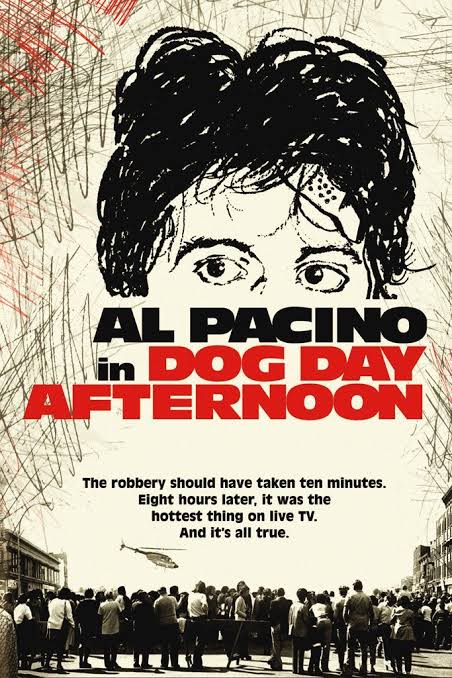 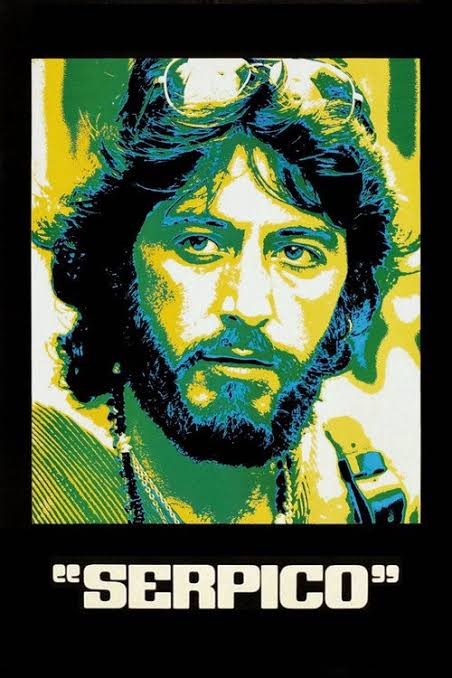 Vito Corleone was a vicious murderer whose business hurt people, but he masked it a geniality his son could not replicate. Once Michael fell down the criminal rabbit hole, his fate was cruelty and tragedy, becoming 10 times the monster his father was. 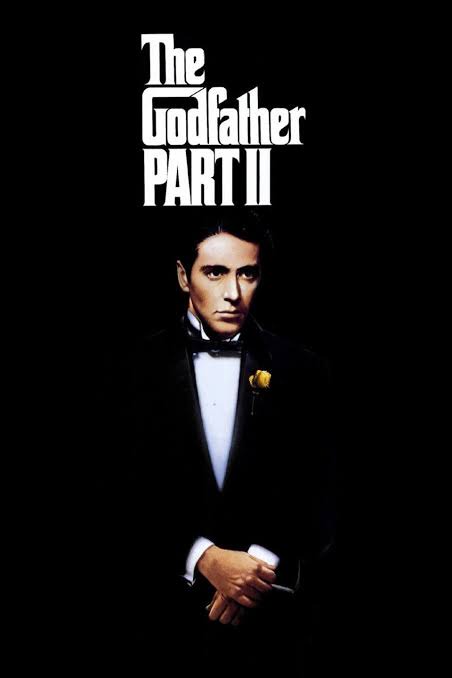 The voice note about me & Janemena is fake, I was not arrested - Tonto Dikeh’s ex Kpokpogri