By FloxyWrites (self media writer) | 3 months ago

Chiwetalu Agu, a veteran actor in the Nigerian Nollywood Entertainment Industry has been reported to have made some statements after his arrest and release some days back. Among other statements he made in one of the videos that went viral online, he allegedly said that it is better Nigeria split up rather than remain one.

Recall that, the actor was arrested after he was seen putting on a regalia that bears the symbol of Biafra (a seccession group agitating for self rule and separation from Nigeria). His arrest attracted attention of Nigerians online. In their reactions, some faulted the arrest of Agu, expressing that the actor did not commit any criminal or constitutional offence for putting on a dress that has the symbol of Biafra. 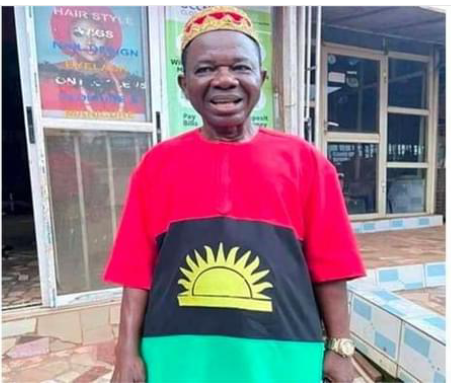 Meanwhile, prior to his arrest, the Nigerian government has at a time allegedly declared the region as a terrorist group during the period of the countless protests carried out in the region after their leader, Nnamdi Kanu was arrested. Since then, the Federal Government has put up security measures to monitor the activities of the Igbos to prevent any form of action that will promote division of the country. In defense, the FG believes that Nigeria is better off being one than dividing into different parts, adding that together we can overcome any existing challenge that may be a threat to the development and transformation of the county. 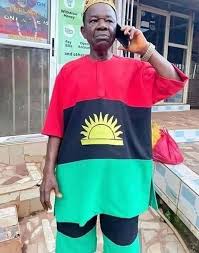 According to report by Punch NG on the day Chiwetalu was arrested, he allegedly defended himself stating that he did not do anything that would warrant his arrest because what he wore was just a shirt with the inscription of a Sun, adding that it has nothing to do with Biafra. He further added that he was not in any way involved in protest to agitate for separation from Nigeria.

From the aforementioned defense of the veteran actor, he indirectly denied of being a promoter of Secession but the statement of Nigeria should split up that he made after his release contradict his initial stand. He may not had meant any harm when he made the statement but I feel he was careless to have said so because, the Nigerian government can use it against him.

The best thing he would have done was to live his normal life without making reference to the splitting of the country, when he was fully aware that it was a similar issue that led to his arrest.

Content created and supplied by: FloxyWrites (via Opera News )