By Sunflowerj (self meida writer) | 1 months

Nigerian singer Eedris Abdulkareem released a song titled 'jagajaga reloaded' where he called out SAN and Minister for Labour and Employment, Fetus Keyamo in one of his lyrics. According to Eedris, Festus is "chopping with cabal". The full lyrics is "where Festus Keyamo sef? He don dey chop with cabal o". 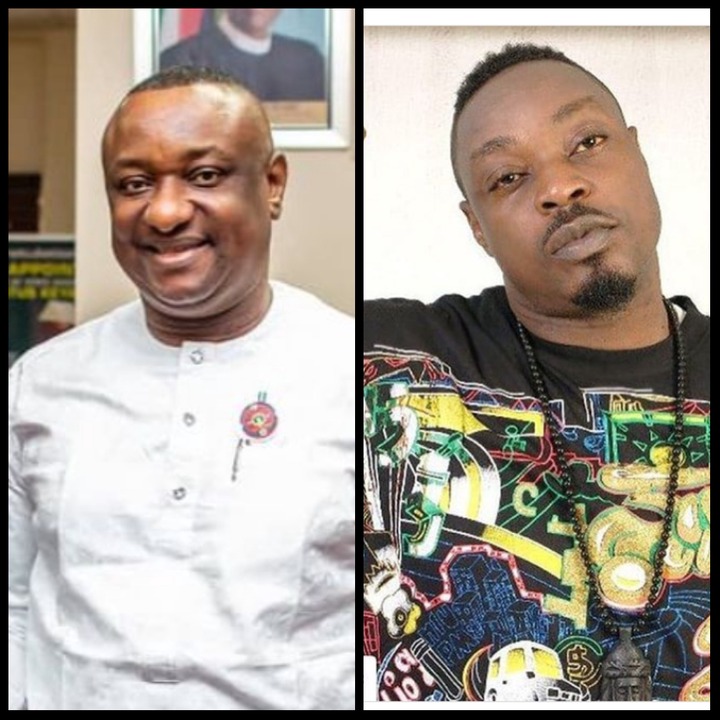 Festus Keyamo came out to say that the motive for that lyrics is because he wants to blackmail him. According to Festus, Eedris approached him in 2018 to beg that he should be allowed to sing songs for Buhari's campaigns.

But after listening to the songs, he told him that he has no budget for that, that he's doing a voluntary work. Eedris then went ahead to call Buhari a fraudster simply because he couldn't penetrate the system to collect money.

He further revealed that Eedris begged him to introduce him to Amaechi and sgf and even begged him for 1.3million naira to take care of his expenses. He concluded that Eedris waxed his latest song 'jagajaga reloaded' to vent his frustration of not getting into the system.

See screenshots from his post and text messages below: 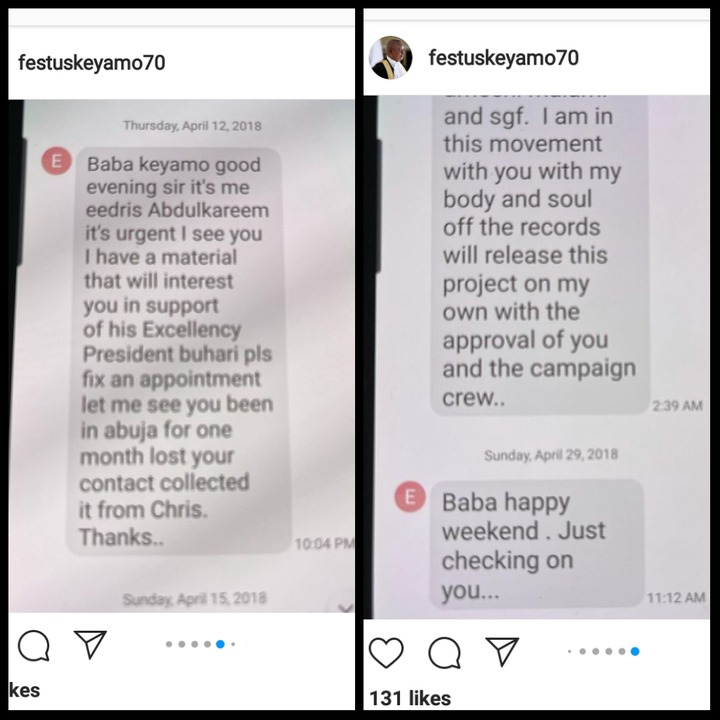 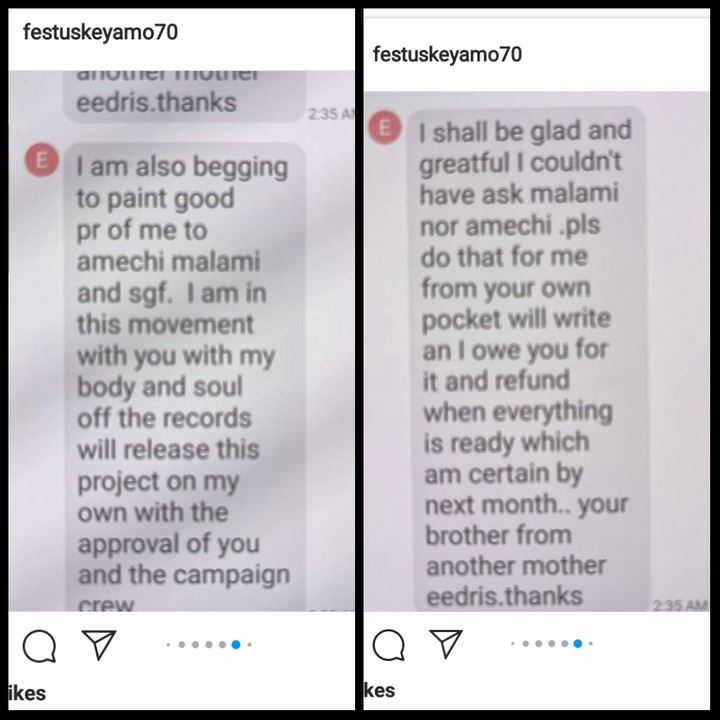 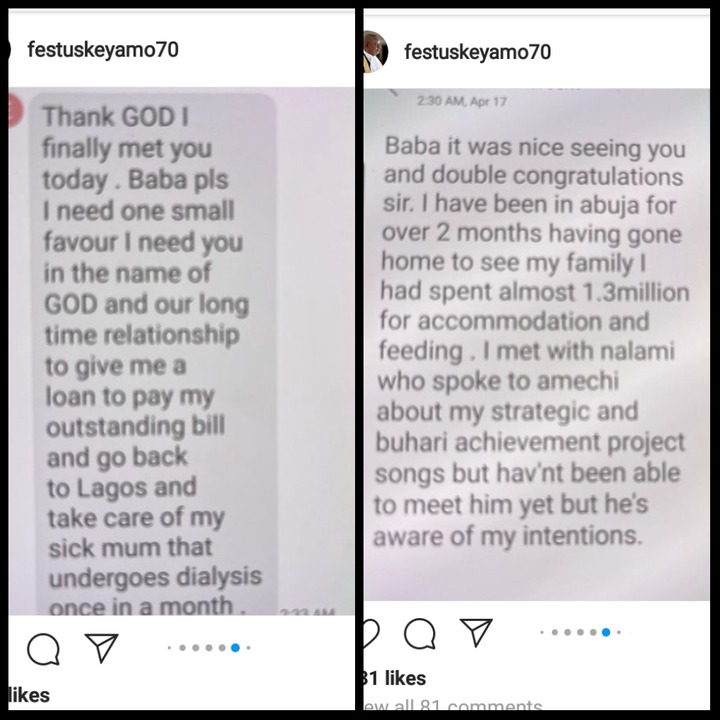 A lot of people have come out to attack the singer, according to them, he is an activist by day, and beggar by night. Others are saying that Festus is just being petty for no reason.

Content created and supplied by: Sunflowerj (via Opera News )

Confused About What To Do With Your Hair? Check Out These Simple Hairstyles You Can Give A Try

Opinion: Unwanted Pregnancies Are Blessings In Disguise, Do Not Abort Them