The beautiful story of Prophet Musa And AL-Kidhir: The Quest For Divine Knowledge

By DiyyaUdeen (self media writer) | 1 year ago 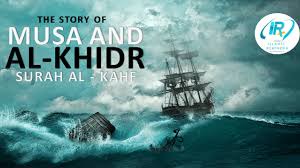 Today we are going to tell a story from the life of Musa (Moses), that holds many morals that we can take away and learn from. This story takes place after children of Israel left wonder around Sinai desert. And after the death Musa's brother Aron. 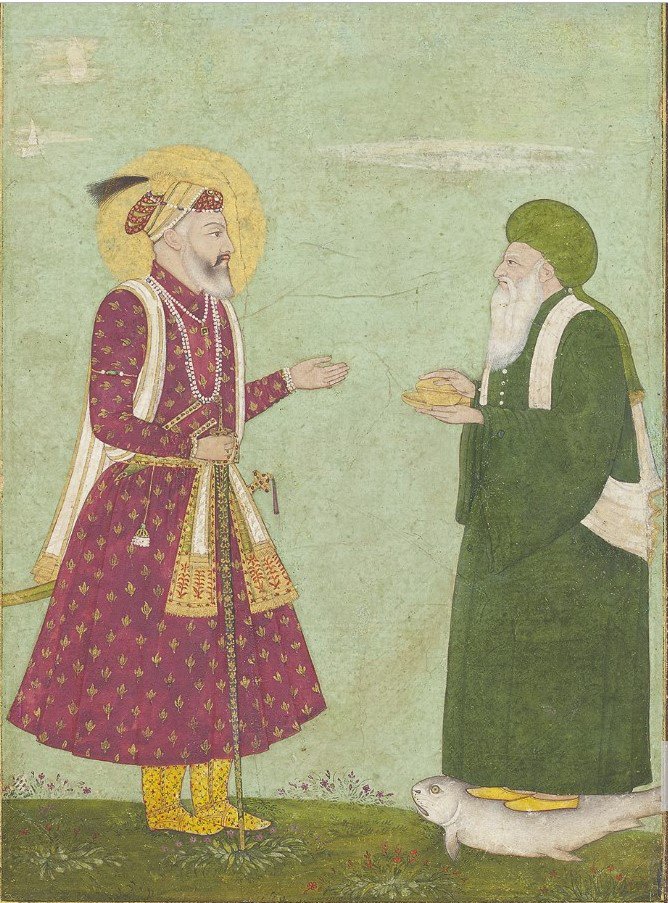 The story of Musa (Moses) and Khidir (A.S) Narrated Sa'id bin Jubair: I said ti bin Abbas "Nauf Al-Bikali claims that Musa (Moses) the companion of Al-Khidir was not the Musa (Moses) of the children of Israel. Ibn Abbas said, " The enemy of Allah (Nauf) told a lie." Narrated by Ubbay bin Ka'b that he heard Allah's messenger (S.A.W) saying, Musa (Moses) got up to deliver a speech before the children of Israel and he was asked, 'who is the most learned person among the people?' Musa (Moses) replied, ' I ( am the most learned).' Allah admonished him for he did not ascribe knowledge to Allah Alone. So Allah revealed to Him: 'At the junction of the seas there is a slave of ours who is more learned than you. Musa (Moses) asked, 'O my Lord, how can I meet him?' Allah said, ' Take a fish and put it in a basket and then proceed (set out and where you lose the fish, you will find him).' so Musa (Moses) took a fish and put it in a basket and set out, along with his boy-servant Yusha bin Nun, till they reach a rock on which they both lay their heads and slept. The fish moved vigorously in the basket and got out of it and fell into the sea and there it took its way through the sea straight as in tunnel. Allah stopped the current of water on both sides of the way created by the fish, and so that way was like a tunnel. When Musa (Moses) got up, his companion forgot to tell him about the fish, and so they carried on their journey during the rest of the day and the whole night. The next morning Musa (Moses) asked his boy-servant 'Bring us our morning meal; truly, we have suffered much fatigue in this, our journey.'

Musa (Moses) did not get tired till he had passed the place which had ordered hin to see after. His boy-servant then said to him, 'Do you remember when we betook ourselves to the rock? I indeed forgot the fish; none but Satan made me forget to remember it. it took its course into the sea in a strainge way.; 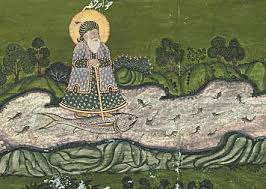 Al-Khidir said, 'You will not be able to have patience with me.'

Al-Khidir said to him 'Then, if you follow me, ask me not about anything till I myself mention it to you.' After that both of them proceeded along with the sea coast, till a ship passed by and they requested the crew to let them go on board. The crew recognized Al-Kidhir and allowed them to get on board free of charge. When they got on board, suddenly Musa (Moses) saw that Al-Kidhir had pulled out one of the planks of the ship with an adze. Musa (Moses) said to him, 'They people gave us a free lift, yet you have scuttled their ship so as to drown its people! Verily, you have committed a thing 'Imra' (a Munkar_ evil, bad, dreadful thing).'

Al-Kidhir said, did i not tell you, that you would not be able to have patience with me?

Musa (Moses) said, 'call me not to account for what i forgot and be not hard upon me for my affair (with you.)' Allah's messenger (A.S) said, The first excuse given by Musa (Moses), was that he had forgotten. Then a sparrow came sat over the edge of the ship and dipped its beak one in the sea. Al-Kidhir said to Musa (Moses), 'My knowledge and your knowledge, compared to Allah's knowledge is like what this sparrow has taken out of the sea.' Then they both got out of the ship, and while they were walking on the sea shore, Al-Kidhir saw a boy playing with other boys. Al-Kidhir got hold of the head of that boy and pulled it out with his hands and killed him. Musa (Moses) said, 'Have you killed an innocent person who had killed none! Verily, you have committed a thing 'Nukra' ( a great Munkar-prohibited, evil, dreadful thing)!' He said, 'Did I not tell you that you will not be able to have patience with me?' (The subnarrator said, 'The second blame was stronger than the first one). Musa (Moses) said, 'If I ask you anything after this, keep me not in your company; you have received an excuse from me.'

Then they both proceeded until they came to the people of a town. They asked them for food but they refused to entertain them. Then they found there a wall on the point of falling down. Al-Kidhir set it up straight with his own hands. Musa (Moses) said, we came to these people, but they neither fed us nor received us as guest. if you had wished, you could surely have exacted some recompense for it.' Al-Kidhir said, 'The is the parting between me and you, I will tell you the interpretation of Those things over which you are unable to hold patience.

As for the ship, it belong to Masakin (poor people) working in the sea. so i wished to make a defective damage in it, as there was a king behind them to sized every ship by force. Q 18vs79.

As for the boy, his parents were believers, and we feared Lest he should oppress them by rebellion and disbelief. Q 18 vs 80.

So were intended that their Lord should change him for one better in righteousness and nearer to mercy. Q18 vs 81.

And as for the wall, it belong to two orphan boys in the town; and there was under it a treasure belonging to them; and their father was a rightous man, and your Lord intended that they should attain their age of full strength and take out their treasure as a mercy from your lord. And I did them not of my own accord. That is the interpretation of those (things) over which you could not hold patience.

The morals behind the story are relevant even today, humility and patience are two things could have benefited prophect Musa (Moses).

Content created and supplied by: DiyyaUdeen (via Opera News )