‘Dancing With the Stars’ Fans Celebrate After Carole Baskin Is Eliminated

By Golden_Hero_Media (self media writer) | 1 year ago 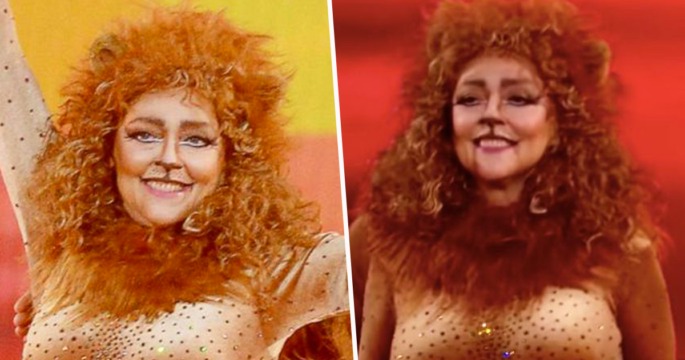 Carole Baskin's controversial appearance on Dancing With the Stars has come to an end - and the internet has had a lot to say about it.

It's been a stressful few weeks for Carole Baskin...

Carole just can’t seem to shake off the repercussions of her somewhat questionable past.

The Tiger King star joined this year's Dancing With the Stars line up...

But her debut performance was tarnished with something a little more sinister.

The family of Don Lewis, her missing ex-husband, paid for and organized a hard-hitting commercial...

And they made sure it was aired during the first episode of DWTS, where Carole’s debut dance took place.

Just before Carole was set to take to the stage.

Now, for years now, Carole has been embroiled in controversy regarding Don's sudden disappearance.

So, what are the facts?

Well, on the morning of August 18, 1997, Carole’s millionaire husband, Don Lewis, vanished at the age of sixty. His car was later found at a nearby airport.

The self-made millionaire had helped Carole transform their forty acres of Florida land into the animal sanctuary it is today.

Some of Don’s relatives speculated that Carole was involved in his disappearance.

Rumors quickly began circulating that she murdered him and fed him to the tigers...

In fact, this claim was made by the oldest of Don’s 4 children, Donna Pettis, then forty-two, back in 1998.

She claimed that Carole feeding his body to the big cats would be “a perfect scenario to dispose of someone. We were upset that the cops didn’t test the DNA on the meat grinder.”

It was reported that, 2 months before he went missing, Don tried to take out a restraining order against Carole, claiming she’d threatened to shoot him.

He was not granted the order.

Carole has repeatedly protested her innocence, and says that any claims made that she fed her husband to the big cats are “ludicrous.”

But, 5 years after Don went missing, Carole had him legally declared dead...

And to this day, nobody has been charged with anything to do with his disappearance.

Since the show aired on Netflix...

Carole and her current husband, Howard, have been subjected to constant abuse online.

Carole spoke out about the ordeal recently...

“He’s [Joe Exotic] been trying, since 2009, to get his minions to kill me. He was constantly going on his internet show, saying that he has to get rid of me. It was very disturbing. The kinds of people who back up what he does are not stable people. It would be one thing if he went out to mainstream America. But he was going out to a group of whack-jobs.”

And when the reality star turned lawyer, Kim Kardashian. tweeted about the ordeal...

She has characterized such talk as the "most ludicrous of all the lies."

Pointing out in a blog post that her tigers eat meat broken down into 1-inch cubes before being ground in her tabletop meat grinder, she said:

“The idea that a human body could be put through it is idiotic.”

Even though Carole's comments seemed to be legit...

People are still convinced that she was behind the murder of Don Lewis.

Carole spoke with GMA after the reveal last month, and said she hopes people can see her in a new light with the dancing show.

“The biggest thing for me is the longer my partner and I can stay in the running and in the competition it will keep the cats forefront in the viewers’ eye, and to me that was where Tiger King missed the ball,” she said.

“It really should have been focused on the animals and I’m hoping Dancing with the Stars will do that. I am competitive but I am competitive with myself I want to do the very best that I can possibly do.”

Carole joined a whole host of a-listers on the dancefloor.

Fans didn't know what to make of the announcement...

It certainly came as a shock.

But her dancing debut?

Well, it was pretty much everything we had ever expected.

Carole danced along to "Eye of the Tiger"...

And she received a score of just eleven points from the judges, ultimately placing her at the bottom of the leaderboard.

But there was something else other than the predictable tiger theme that tarnished her performance...

The heartbroken family of her missing ex-husband filmed a commercial appealing for more details surrounding his disappearance, and it aired during the first episode of DWTS, where Carole took to the stage.

“Do you know who did this? Or if Carole Baskin was involved?”

A $100,000 reward for crucial information has been funded by the family...

As has a tip line, which was advertised along the bottom of the ad.

But Carole wasn't going to take this lightly...

She’s now spoken out about the whole fiasco to Metro.co.uk, and her response threw some shade at the family. Yikes.

She told the outlet this:

“Someone, a reporter I won’t name, made sure that I knew about it 10 minutes before going out on the dance floor tonight and you can see that it did not keep me from bringing the best performance of my 2 weeks of learning.”

This week, though, Carole was eliminated from the show.

And it seemed DWTS fans were feeling pretty happy about it…

Content created and supplied by: Golden_Hero_Media (via Opera News )