By Olufhemyy (self media writer) | 10 months ago

Proving she's more than just a pretty face, Charlize Theron took on the role of Aileen Wuornos, a real-life serial killer, in the film Monster. To physically transform herself, Theron followed a simple diet of doughnuts and chips. For Theron, it was less about gaining weight, and more about the mindset of letting loose to bring her closer to Wuornos' lifestyle.

Chris Pratt (Guardians of the Galaxy)

Although the goofy Parks And Recreation star was chosen by Marvel to take the lead in Guardians of the Galaxy, he still had a long way to go to really fit the role. After 3-4 hours a day of running, swimming, boxing, and kickboxing, on top of the 4,000 calorie diet he was put on, Pratt's new look fit the bill.

You may be asking, "Glenn Close was in Hook?" Yes she was, and she played the very brief role of Gutless, a pirate punished for his betrayal against Captain Hook. The makeup department definitely did their part, and in the brief one-minute cameo, Close belted out such an over the top performance without anyone knowing it was her.

Transforming yourself for a role can sometimes mean changing something we may otherwise not want to, but for 50 Cent, authenticity came before his needs. For his role in Things Fall Apart, he lived on a liquid diet for more than two months, which he admitted left him "starving." He even removed all his tattoos to save time for the makeup department. 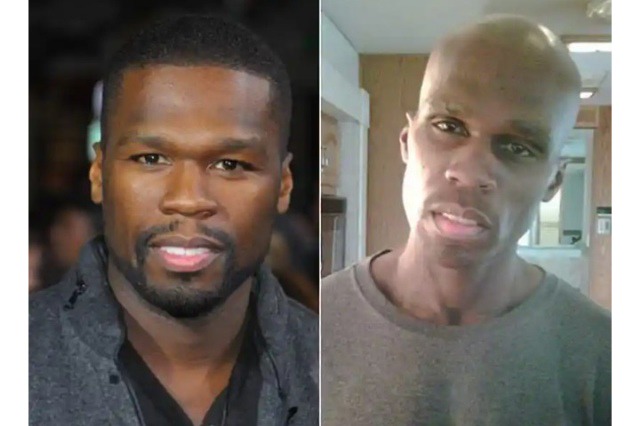 In Dallas Buyer's Club, Matthew McConaughey portrayed an AIDS patient, and he wanted full authenticity for a story that's a painful reality for many. Though critics were concerned, McConaughey mustered up the energy he needed to play the role more than alright, alright, alright.

Comedy actor Jonah Hill wowed audiences with both his foray into dramatic acting and his incredible weight loss. Starting with his role in Netflix's Maniac, he looked like a completely different person, and after watching his weight yo-yo over the years, he finally committed to keeping it off. His secret? Eating Japanese food and avoiding beer.

Chadwick Boseman (Get On Up)

Although his body didn't change all that much, Chadwick Boseman's (left) performance of James Brown (right) in Get On Up was enough to trick us into thinking we were moving and grooving to the Godfather of Soul. Boseman's study of Brown's movements and mannerisms paid off for sure. That iconic hairdo was another plus.

Rooney Mara (The Girl With The Dragon Tattoo)

They say no pain, no gain, and Rooney Mara felt the pain while making her transformation for The Girl With The Dragon Tattoo. She took kickboxing lessons with a trainer that pushed her to the brink, and took on real piercings. The diet to make her look anorexic was no picnic either, but she pulled through saying that, in the end, she "[felt] much more capable" as a person and an actress.

Angelina Jolie's acting in Salt was as stellar and intense as ever, but no one expected to see the sexy icon transformed into a man. With the magic of computer generation and prosthetic makeup, artists genderbended Jolie, making her look like a military male. Jolie admitted that the look went to her head, and she intentionally disturbed some of her coworkers with it.

Renee Zellweger is another actor who stepping into the biopic film genre. Her transformation in Judy may be what brought audiences to theaters, but even hair and makeup designer Jeremy Woodhead admitted, "Her performance makes whatever I did look so much better than it could have."

To dive in to Arthur Fleck's psyche, Joaquin Phoenix went a little insane in his prep for Joker. He lost 50 pounds, which he said was "difficult at times," but also "empowering." The Oscar winner's new look wasn't a laughing matter, but it certainly deserves a good round of applause.

Even though it would taking eight hours to finish all the make-up, Jennifer Lawrence took the experience in stride when she portrayed young Mystique in the X-Men films. To much surprise, she actually enjoyed it: "It's like a sleepover, except I'm naked and getting painted."

Although he didn't have a chance to show off in the film, J. K. Simmons really bulked up for the Justice League film. Headlines and memes alike showcased Simmons getting huge for the Commissioner Gordon role, but Simmons confessed that the superhero-like transformation was more for his own health.

Critics were skeptical after hearing Will Smith nabbed the role of boxing legend Muhammad Ali. But Smith took the role seriously, hitting the gym five days a week and thoroughly studying the art of fighting. His fitness coach, Angelo Dundee, praised his short-term protégé. "If I’d had Will when he was 20, I could’ve made a champion out of him."