See What Popular Comedian, Mr Macaroni Did When He Visited The Palace Of The Ooni Of Ife.

By Sportsupdate (self media writer) | 1 year ago

Mr. Macaroni is one of the most popular comedians in Nigerian today and his good works have made him obtain favor from both the high and the low of the society.

His skits are of the same patterns but they always look new to the eyes of viewers. He always portrays himself as a wealthy man who loves women and is ready to spend money to get them but in the end, he doesn't get what he wants. 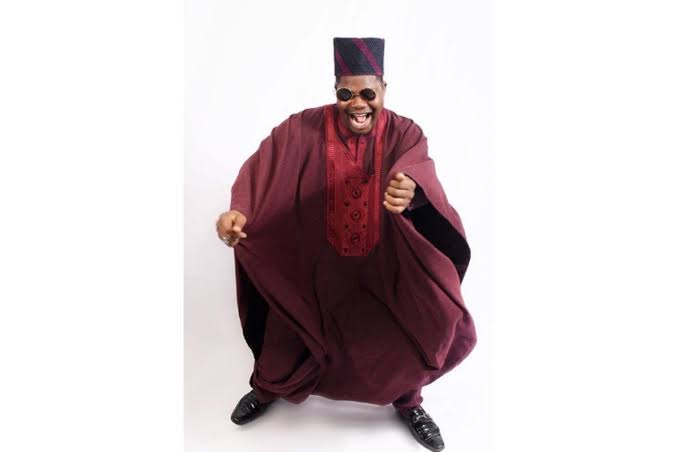 Due to his hard works in the entertainment industry, he has so many fans and one of them is the Ooni of Ife who invited him to his palace.

The event was a very lively one and I have decided to give you some of the highlights of the meeting. If you are one of his fans you will easily relate to all that happened. 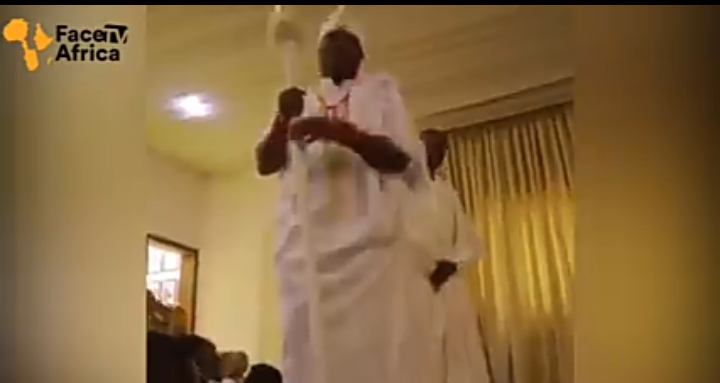 Firstly, the moment the Ooni of Ife's entrance was announced, Mr. Macaroni prostrated to greet him. However, the Ooni of Ife surprisingly said,  "aye si n dobale ni ibi yi, aye si n dobale fun agba" In English language, it means "here, you will have to still prostrate for elderly people." He said this joking because Mr. Macaroni always tells the women he tries to woo not to greet him. He always tells them, "aye o n dobale mo" which means "we are not in the era when people kneel/prostrate to greet."

This happened at the entrance of the Palace and so the Ooni of Ife ordered him to come to sit near him on the throne.

Secondly, while Mr. Macaroni sat by the feet of the Ooni, he ordered him to give a short demonstration of what he does in his Skits. The comedian was shy at first but he eventually did what he knows how to do best. 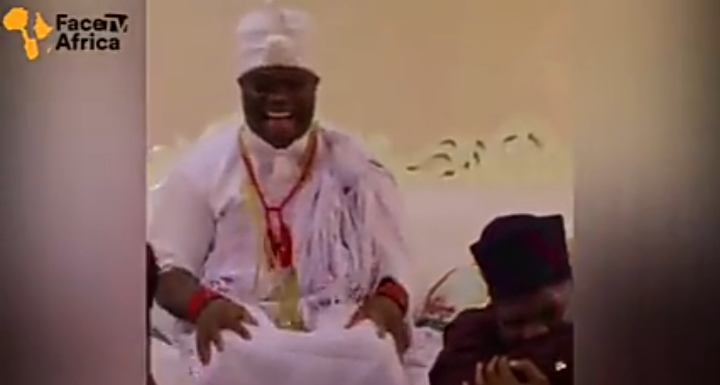 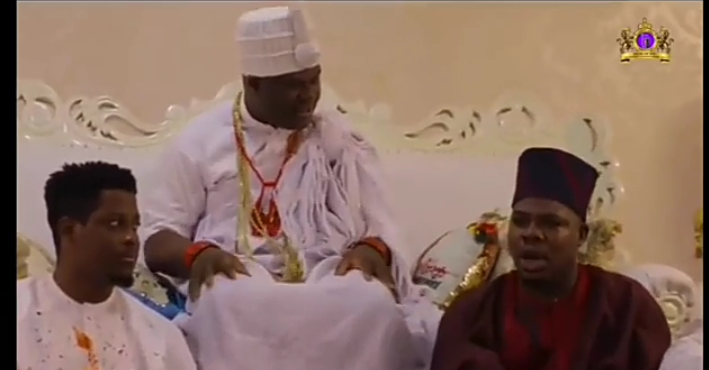 He pulled his glasses like he does when acting and said, "Are you normal." And then everybody burst into laughter.

Lastly, the Ooni of Ife decided to do what Mr. Macaroni usually does for the ladies in his Skit. He gave his mobile phone to him and asked him to dial his account number. 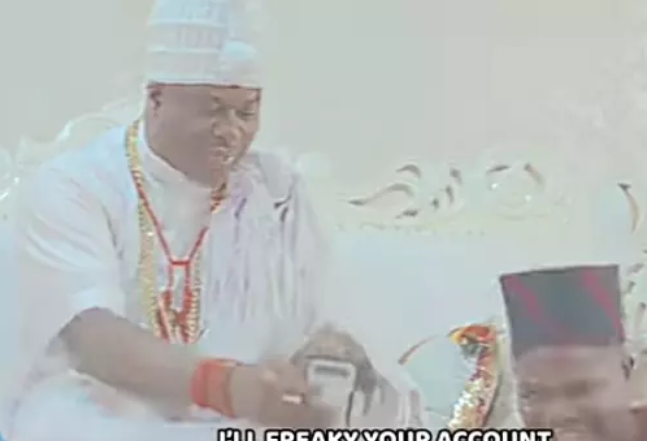 He also prayed for him and wished him greater heights in his endeavor.

The whole event was really interesting to watch.

If you are a fan of Mr. Macaroni tell me what you like most about him.

As for me, I love the way he says Freaky Freaky. What about you?