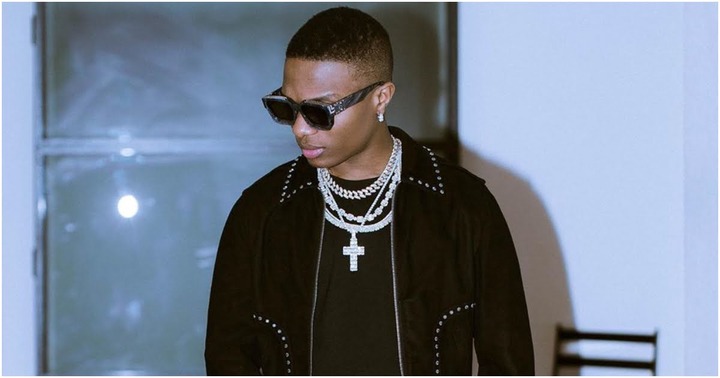 Beyonce's black is king has taken the world by storm since it's release, everyone has complimented her use of African cultures to preach the gospel of the African beauty and the awesomeness of the African people. However, in accomplishing her mission, Beyonce sought the help of African artists, including Nigerian singer, Wizkid.

Wizkid appeared in the Black is King movie with his song with Beyonce and Blue Ivy titled Brown Skin Girl and in his recent tweet, the singer has just declared that Disney owes him $100m.

Disney is a popular American mass media and entertainment conglomerate that helped in producing Beyonce's black is king and also distributing it.

Since wizkid shared his tweet, many have wondered if he was joking or if he was hinting on long court cases to come. It's unusual for wizkid to leave such provocative tweet for days. Although he could be joking there are several things that could have gone wrong if he was serious about his claims. Here are a number of reasons Wizkid could assume Disney owes him that much money:

Only human beings, and not corporations or other organizations, have rights of publicity and privacy interests that can be invaded by misappropriation of name or likeness. Thus, only individuals can sue for unlawful use of name or likeness, unless a human being has transferred his or her rights to an organization. Note that companies may sue you for trademark infringement and unfair competition if you exploit their brand names for commercial purposes. See the Trademark section for details.

In some states, celebrities cannot sue for misappropriation of name and likeness (on the theory that they have no privacy interest to protect), and non-celebrities may not sue for violation of the right of publicity (on the theory that their personalities have no commercial value). The growing trend, however, is to permit both celebrities and non-celebrities to sue for both misappropriation and violation of the right of publicity, as long as they can establish the relevant kind of harm.

Elements of a Claim for Unlawful Use of Name or Likeness

A plaintiff must establish three elements to hold someone liable for unlawful use of name or likeness:

1. Use of a Protected Attribute: The plaintiff must show that the defendant used an aspect of his or her identity that is protected by the law. This ordinarily means a plaintiff's name or likeness, but the law protects certain other personal attributes as well.

2. For an Exploitative Purpose: The plaintiff must show that the defendant used his name, likeness, or other personal attributes for commercial or other exploitative purposes. Use of someone's name or likeness for news reporting and other expressive purposes is not exploitative, so long as there is a reasonable relationship between the use of the plaintiff's identity and a matter of legitimate public interest.

3. No Consent: The plaintiff must establish that he or she did not give permission for the offending use.

If wizkid we're to be serious about his 100million dollars claim, he might just be referring to the last bit of the list above, the "No consent" rule. However, it could all be a joke from Nigeria's sweetheart.