By Mini_Militia (self media writer) | 1 month ago

1. Rooney Mara as Lisbeth Salander (The Girl With The Dragon Tattoo) American actress, Rooney Mara is adored by her fans for many reasons, and one of which includes her beauty. However, for the 2011 film (The Girl With The Dragon Tattoo) Mara had to undergo massive changes. She had to lose a reasonable amount of weight, and also had to put on tattoos. 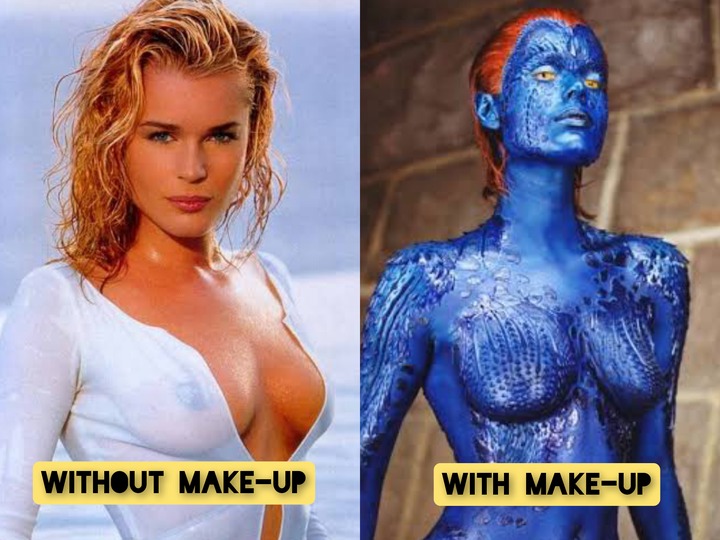 The X-Men film brought a lot of new superheroes into our TV screens, however, one of the most prominent X-Men characters was Mystique. American actress, Rebecca Romijn portrayed Mystique in 3 X-Men Films (X2, X-Men, and X-Men: The Last Stand), all of which she had endured hours of makeup. American actress, Jennifer Lawrence was also given the prominent role of Mystique after Rebecca. She portrayed the famous character in 4 of the X-Men Films; (X-Men: Dark Phoenix, X-Men: Days of Future Past, X-Men: Apocalypse, and X-Men: First Class). Just like Rebecca, Jennifer also had to endure hours of intensive makeup for the role. English actor, Warwick Davis played the iconic Griphook role in the Harry Potter movie franchise. While many of us might not recognize him at first glance due to his costume and makeup, we can’t deny the fact that he sizzled the screen with his sheer talent and perfect appearance.

5. Helena Bonham Carter as The Red Queen (Alice in Wonderland) The movie, Alice in Wonderland introduced a lot of fictional characters to our screens, and one of the most popular is The Red Queen (portrayed by Helena Bonham Carter). Helena looks unrecognizable due to the big head, and also some additional makeup — however, her performance was superb.

Which of these characters/actors did you recognize at first glance?