"The Oil Is Everlasting, Love You Wizkid" - Tems Reacts As Wizkid Releases A New Music Project

By Mastersnews (self media writer) | 11 months ago 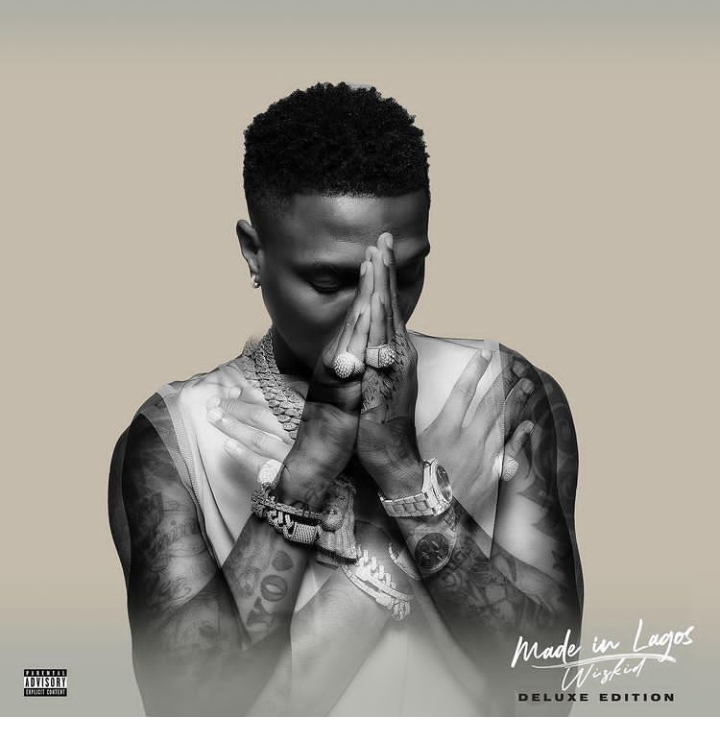 The Made In Lagos Album Deluxe had new features from Buju and Justin Bieber and it's already on the charts in less than a day of its release. 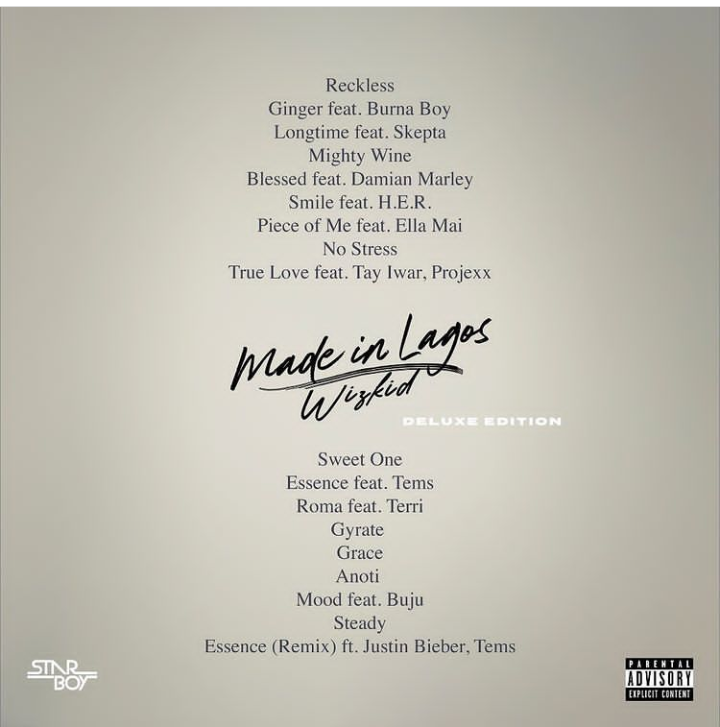 Moments after Wizkid released the album, Temilade Openiyi know as Tems took to her Instagram story to shower praises on the singer by clearly stating in her words that "The Oil is everlasting, come on, did that shit again, Love you Wizkid". 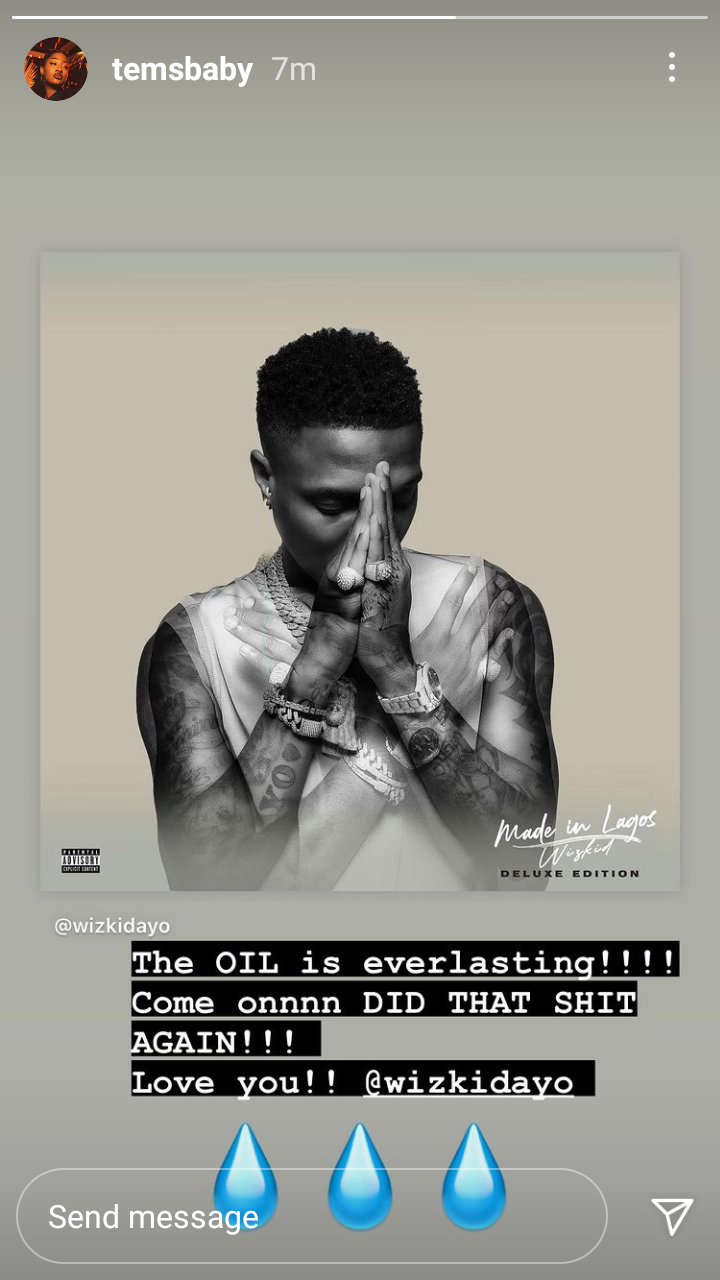 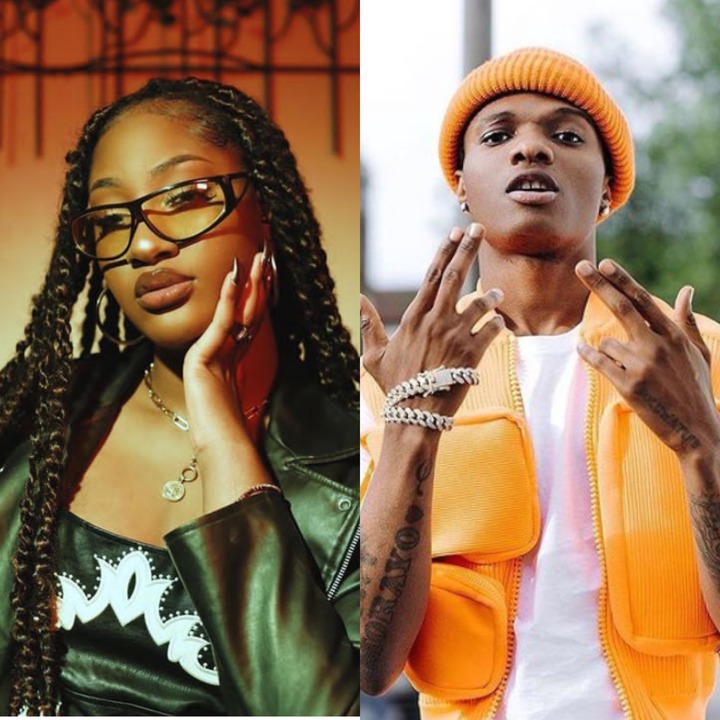 Both artistes literally have the biggest Afrobeats song of the decade as their smash hit single, Essence is still doing well on the US Billboard Hot 100 chart.