Opinion: Why Maria and Angel May Have An Altercation In The House

By Gistnews01 (self media writer) | 6 months ago

The Season 6 edition of the Big Brother Naija Reality Show has already started airing and the housemates are giving different entertaining content to the viewers already.

This edition of the reality show has 22 housemates to contest for the 90 million naira worth of prizes. However, out of these 22 housemates, Big Brother revealed that 2 of them are wild cards.

Wildcards simply means that two housemates were selected after 20 contestants have already qualified. People may also refer to the wildcards as fake housemates because they were intentionally planted by Big Brother and they are fully well aware.

Biggie has told the housemates to figure out these two wildcards before Sunday so that they would be evicted, otherwise they will become normal housemates and contest for the grand prize with them.

Viewers have started making impressions since the show started. People are observing the love birds in the house, the intimate friends, the toxic ones that always want to start a fight with others, the gentle and easy-going ones and other personalities in the house. 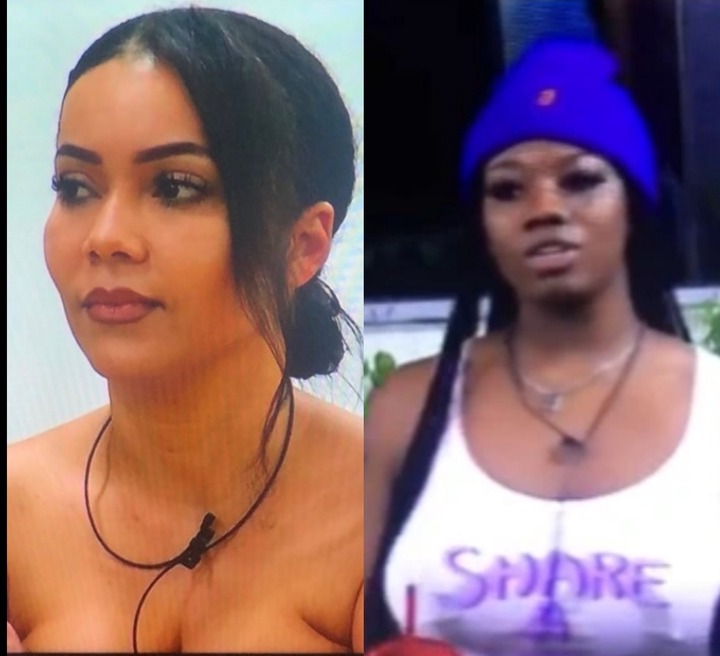 As a spectator, I have made series of observations from the show but in this article, we will only talk about the housemates who are likely to get into a fight with others and the reason why it may likely happen.

There is a tendency that Maria and Angel may have heated altercations in the house. These two housemates have personalities that are like two sides of a coin and it is hard for them to get along in the house.

How do their personalities clash?

1. Angel seems to be a very sensitive and emotional person. She takes every word said to her very seriously and personally. However, Maria seems to be less-concerned about how her words are perceived by the recipient.

Angel happens to be someone who has gone through some traumatizing episodes in the previous year, especially after her boyfriend’s death which according to her broke her apart. According to her, she has been through a lot and she is easily moved to tears by trivial things.

For instance, while the housemates were playing a fun game called the charades or catch phrase game yesterday, Maria and Angel got engaged in a heated altercation that shows that their personalities are very different.

The game they were playing involved the players to be divided into different teams and a member of the one team will demonstrate an item, a profession, animal e.t.c without uttering any word and his team needs to get it right to win a point.

During this game yesterday, Arinola and Angel were in the same team. So, Arinola whispered something into Angel’s ears but this doesn’t sit well with Maria and Niyi who are in the opposing team. Within the blink of an eye, the issue escalated and they started lashing words at each other.

Photos from the heated dispute they had last night 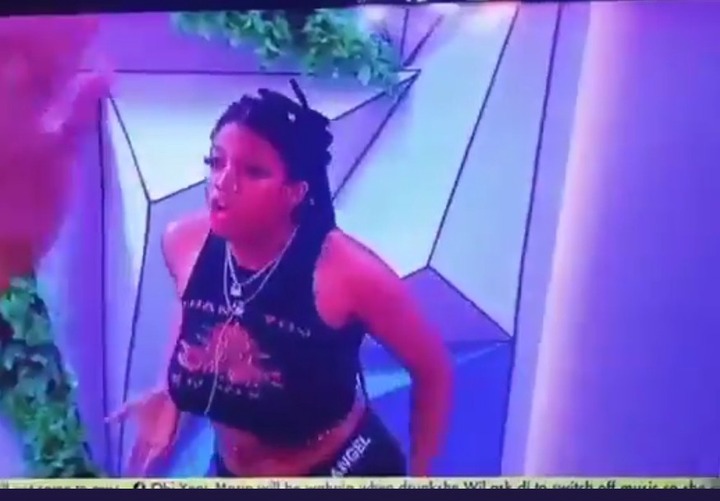 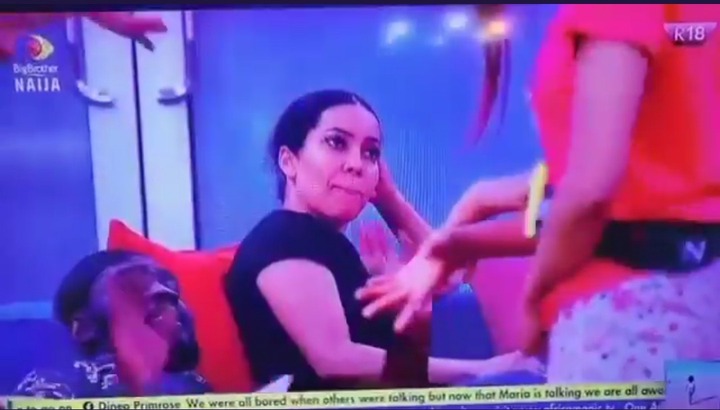 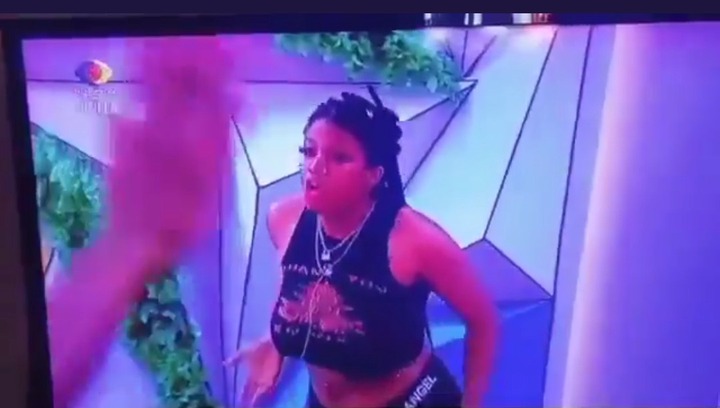 However, what I noticed from the altercation was that Angel was extremely sensitive, she took everything Maria said to her personal and she was drawn to tears. After the shouting match, she went to her room to stay alone before Arin later went to meet her. She revealed that she is very sensitive and Maria accusing her of cheating in the game was very personal to her.

Angel said she takes little things like that personally but Maria sees it as a trivia issue. If they both continue with these conflicting personalities, they are probably going into another fight any time soon.