BBNaija: Tochi Acquires A Brand New Car Days After He Was Labeled A Failure

By Faithy_Media (self media writer) | 7 months ago 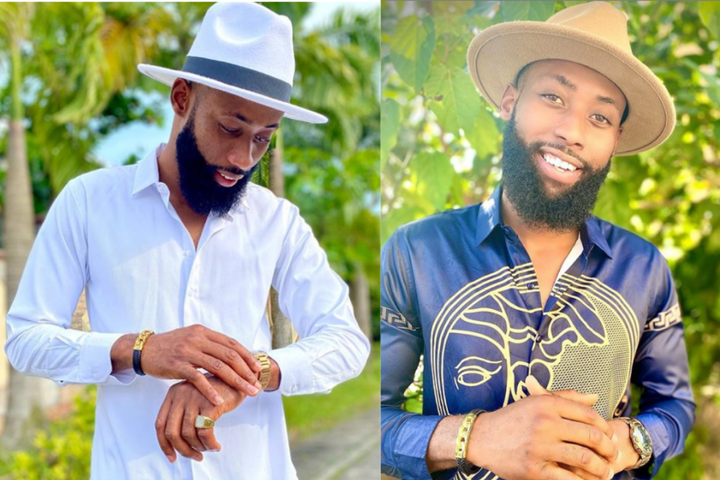 BBNaija Star Tochi has finally shamed the anti-fans who labeled him a failure as he grabs a brand new car for himself. 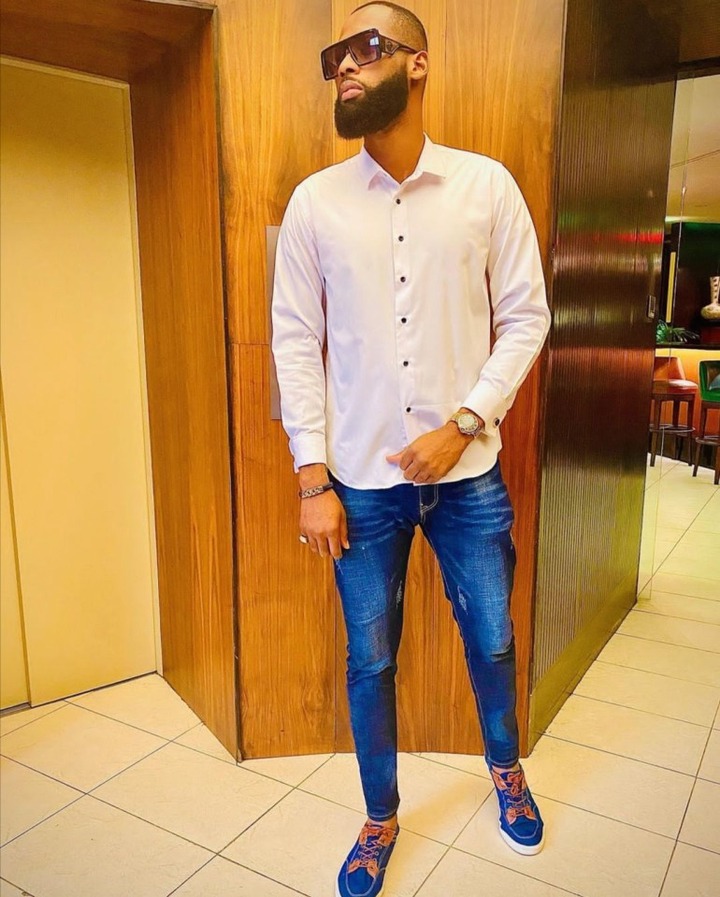 It was quite heartbreaking following a screenshot Tochi shared on his timeline. The photo he shared showed how he was dragged for having a dried birthday party and did not also get any gifts from his fans as his colleague housemates did. 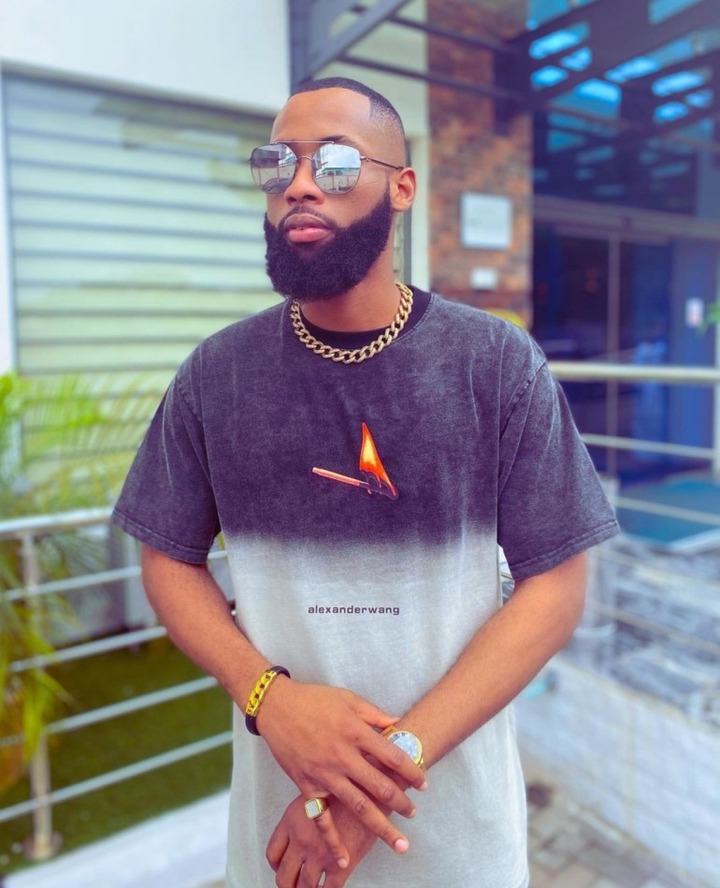 Finally, he has been able to make a progression from being called a failure to being able to acquire brand new care for himself. In his caption was a message to the users who slid into his DM to make hurtful comments. 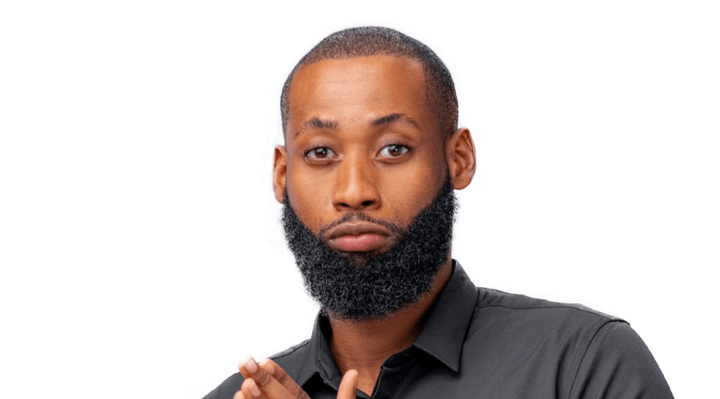 Tochi explained in his caption that man has no capacity to called God as his maker works in mysterious ways. He called himself a winner because he was called a failure some other day and today here he is with a new branded car for himself. 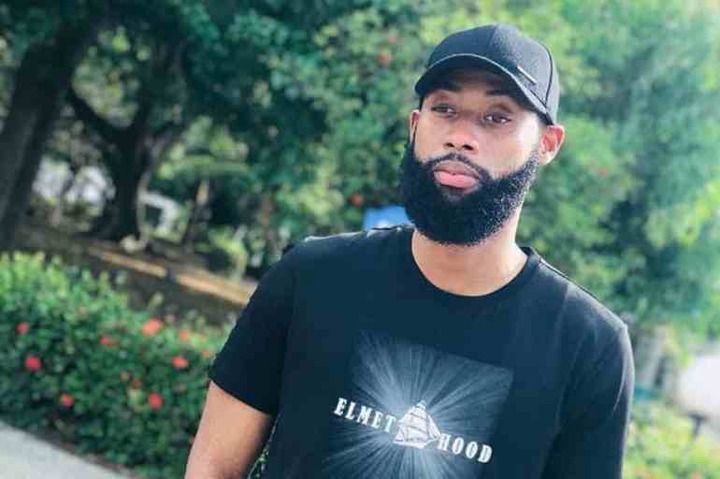 The user went into Tochi’s Dm after a careful observation of how other housemates showcase the expensive gifts they get from their fans, the houses they have bought, and the bundles of monies they receive from others.

See photos of his new car below: 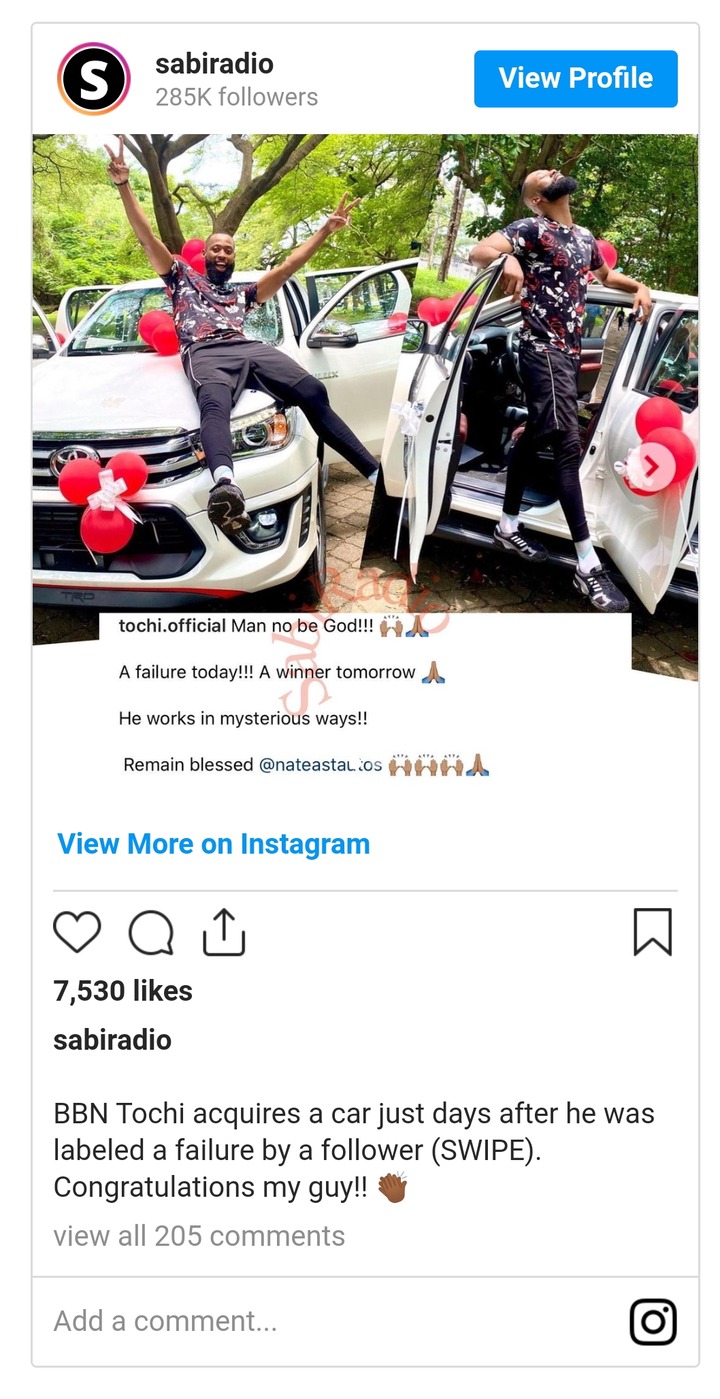