The two Nigerian music stars were able to convince movie buffs of their acting capabilities while showing their fans another side of their craft. 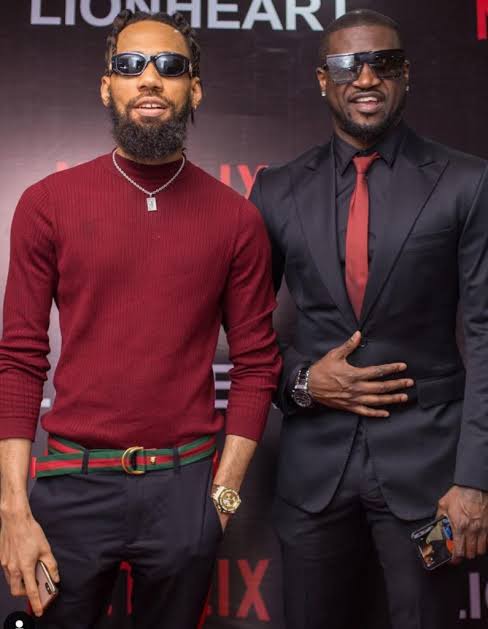 The movie titled "Lionheart" is a 2018 Nigerian drama film produced by Chinny Onwugbenu and directed by Genevieve Nnaji. It was acquired by Netflix on 7 September 2018,making it the first Netflix original film produced in Nigeria.Lionheart premiered at the 2018 Toronto International Film Festival in Toronto, Ontario, Canada. The movie was Nnaji's directorial debut as well as Peter Okoye's and Chibuzor Azubuike's (also known as Phyno) acting debut. The film was released worldwide on 4 January 2019 on Netflix. Like his colleagues, he was able to interpret his role to a convincing level that was appreciated by his fans and movie buffs.

He played the role of Genevieve' brother in the movie which has Pete Edochie and Onyeka Onwenu as their mum.

The former half of the Psquare duo, Peter Okoye aka Mr. P landed his first movie role after what can be described as an interesting year of his career.

He got the role of the man after Genevieve Nnaji's heart in the movie 'Lionheart' as directed by the beautiful actress.