Married Man Shares His Thoughts On Keeping Relationships With People, Read What He Said On Facebook

By Beautydollar (self meida writer) | 1 months 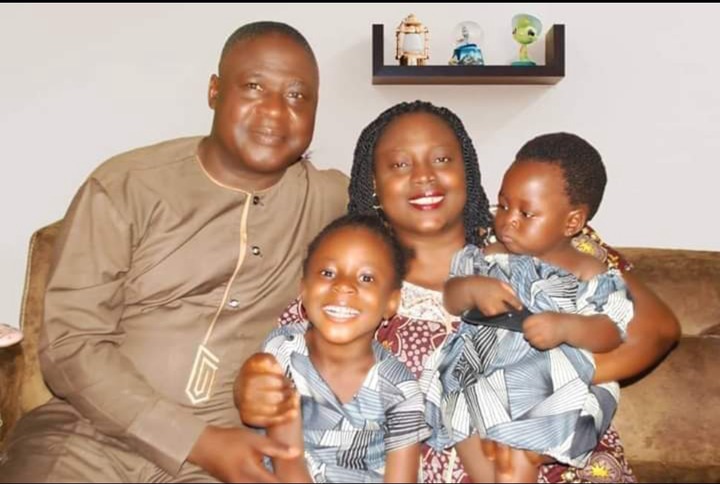 An elderly man took to the popular social media platform called Facebook where he shared his thoughts about keeping relationships with people. You must know that elderly people have alot of wisdom she to the experience they possess, so it would be preferable to listen to those set of people.

The man who is married to a beautiful wife and has two daughters made an important point in a post he made on Facebook. According to the man named Emmanuel Chung, if a person is important to others, then they would always find a way to make time for that person.

As such there won't be any form of excuse, lies or even broken promises. When a relationship is true, then the people in the relationship would be honest with each other, hence there would not be lies or excuses. 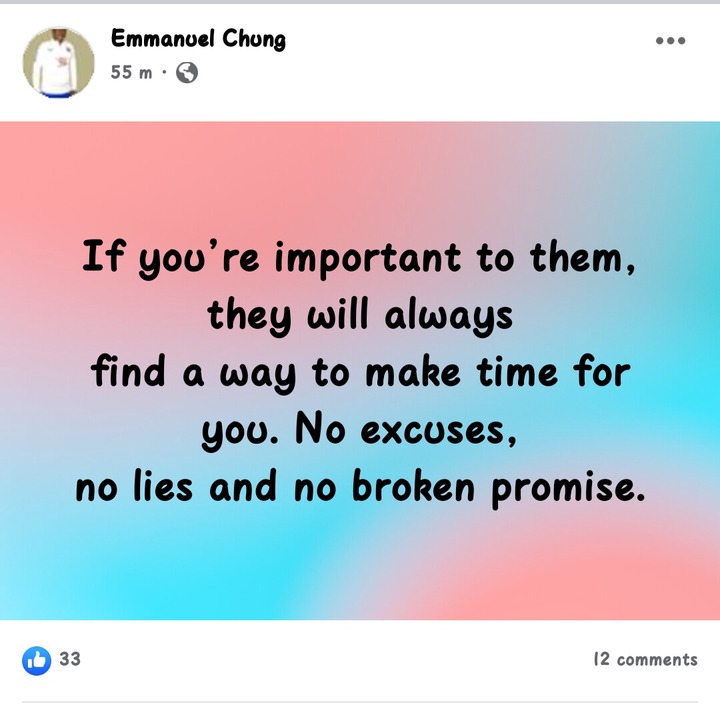 However, after the man made the post on Facebook, he got the attention of some social media users who praised him for his wise words.

See some reactions from online users below;

@Marathon OG who reacted to wise words from the original poster said that he no cares who he is important to and he would says it's best for one to be himself at all times because nobody will take you to be important if not you.

@Bn Salman Alfareesy also reacted to the post where he agreed with what the original poster said.

Other online users also reacted to the post, see screenshot of their reactions below;

If You Smoke And Drink Alcohol, You Need To See This

Video: See How A Young Girl Was Disgraced And Insulted By Women Because She Wore Indecent Dress

Meet The Little Girl That Was Born With One Arm And No Legs. (Photos)