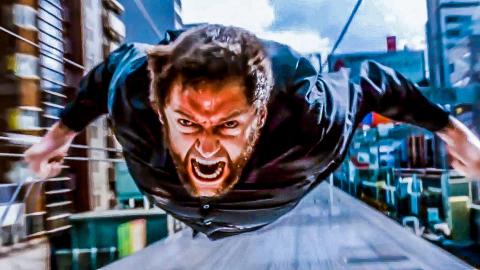 #10: Fighting Across the Decades 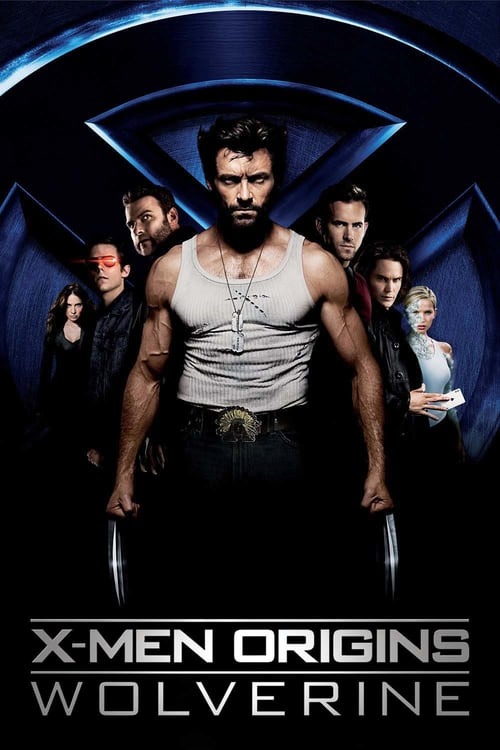 While this first solo Wolverine film may have disappointed fans, it wasn’t without its great moments, like this excellent opening sequence. Advancing through time by showing us glimpses of the many wars fought throughout history, this montage perfectly demonstrates to us how difficult and violent a life Wolverine has led. Also, setting aside the comic book inaccuracy of making Wolverine and Sabretooth half-brothers in this iteration, the opening additionally helps set up how both of these men have changed over time. A consequence of the hardship and conflict they’ve shared over the years, it puts into context both their respective attitudes towards the world as well as each other. 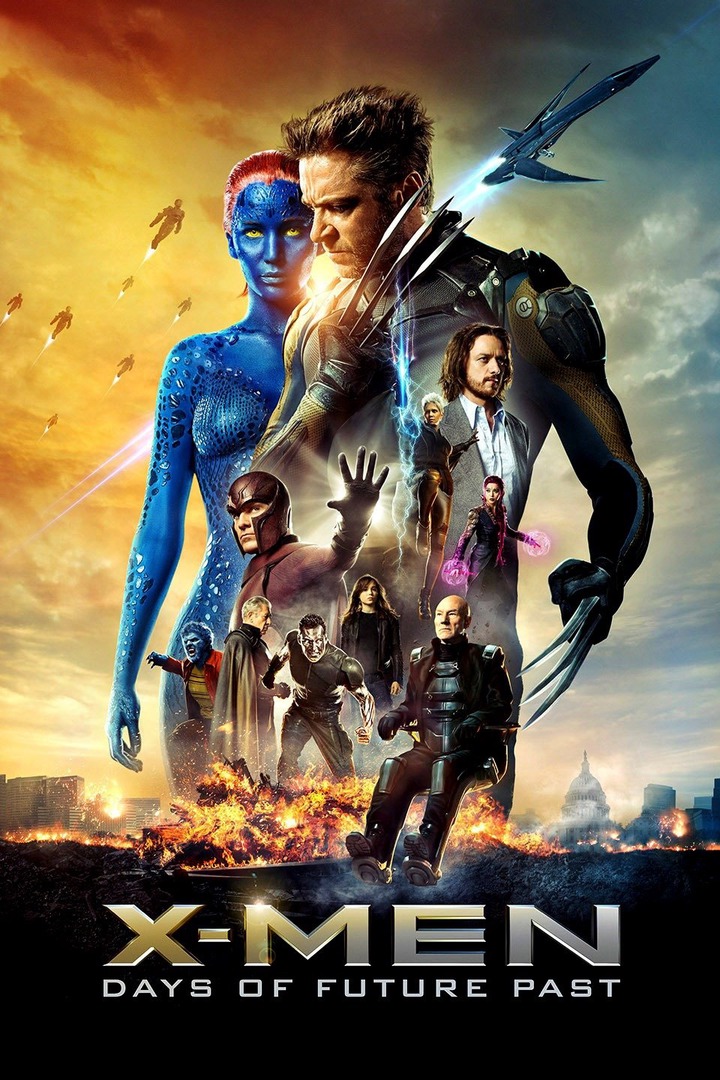 After his consciousness is sent back through time into his physical body from 1973 , its comic book craziness, just roll with it, Logan awakes to a bygone era complete with lava lamps and water beds. But he’s still Wolverine, and some things are timeless, so sure enough, trouble comes knocking on his door almost immediately. Logan barely has the chance to come to grips with the logic of time travel before the men confronting him open fire. Disorientation or not, he’s still the best at what he does, and the gunmen soon learn the error of their ways. The feral mutant makes short work of the goons and then sees himself out.

#8: A Quick Chat With The Hunters 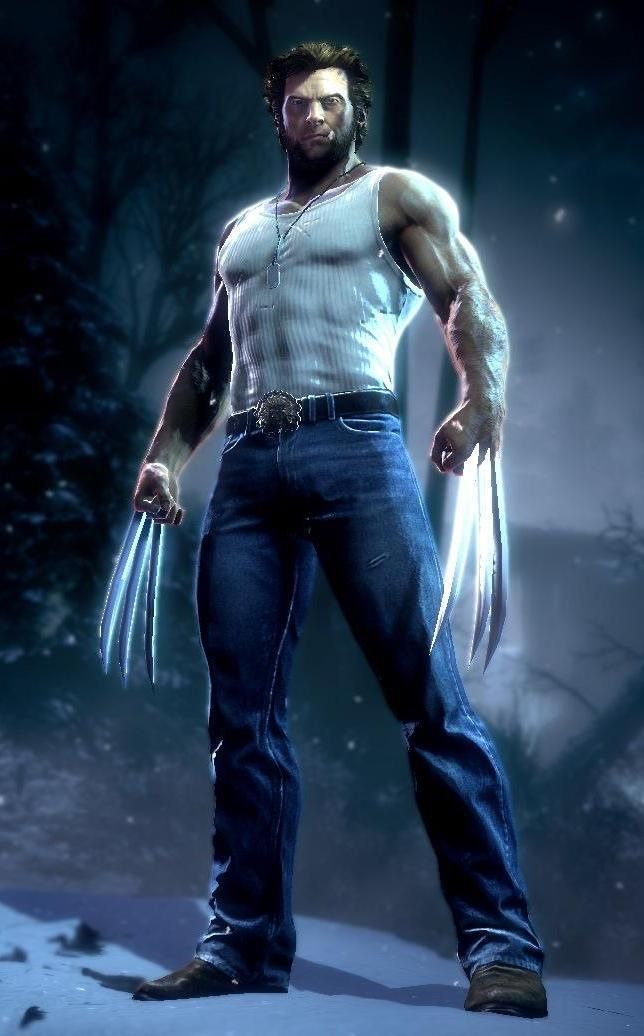 Upon discovering the body of a grizzly hit with a poison arrow, Wolverine tracks down the hunters responsible to a local bar. The scene starts slow, with Wolverine nonchalantly moving about the room, but he’s simply toying with his prey. You could cut the tension with a knife, or three razor sharp claws. Logan quickly lets everyone know that he’s in charge as he viciously stabs the aforementioned arrow into the hand of one of the hunters, intimidating the man with his trademark, quiet intensity. When one of the hunters smashes a bottle into Logan’s face, only Yukio’s well-timed intervention saves the man from becoming a human shish-kabob.

#7: A Heart to Heart with Rogue 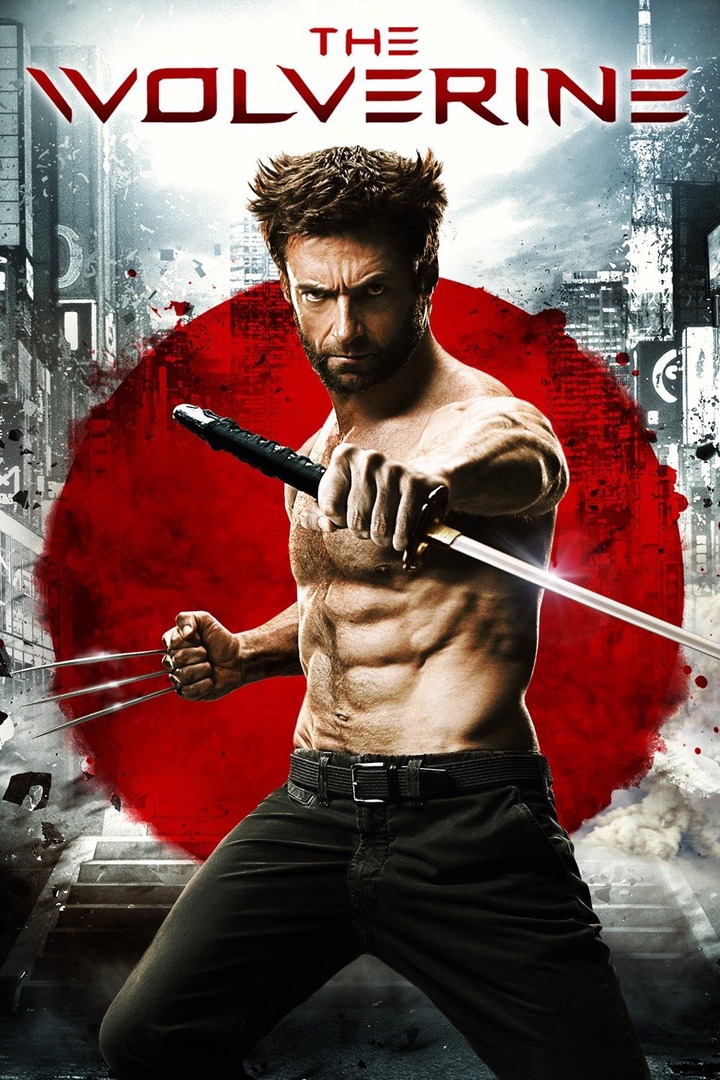 Who says that Wolverine is just about slicin’ and dicin’? Underneath the rough exterior, Logan actually has a heart of gold, as perfectly illustrated in this emotionally-moving scene from the original X-Men. Wolverine knows what it feels like to be lost and alone, so he offers some friendly advice to Rogue after she runs away from Xavier’s school. His almost fatherly tenderness in this sequence speaks volumes about what makes Wolverine a hero. Despite all the turmoil and pain that he has experienced, and his willingness to take life, he is still fundamentally a good person. His comforting of Rogue is a testament to his capacity for compassion and love. 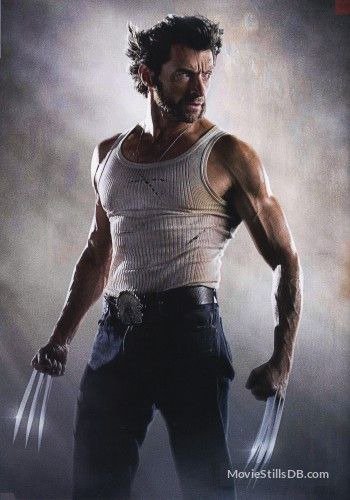 Speaking of Wolverine being such a good dude, he not only gives comforting pep talks, but also performs last minute rescues from destructive atomic bombs. Swiftly rushing to the aid of a young Yashida, Logan urges him to run like he’s never run before as the explosive shockwave of the blast approaches behind them. The two dive for cover inside of a nearby well, but knowing that it won’t be enough to protect them from the blast, Logan uses his own body to shield Yashida from the radiation. When everything settles and the dust has cleared, Yashida is stunned to see his savior still alive, despite having been burnt to a crisp. Nothing a healing factor can’t fix. 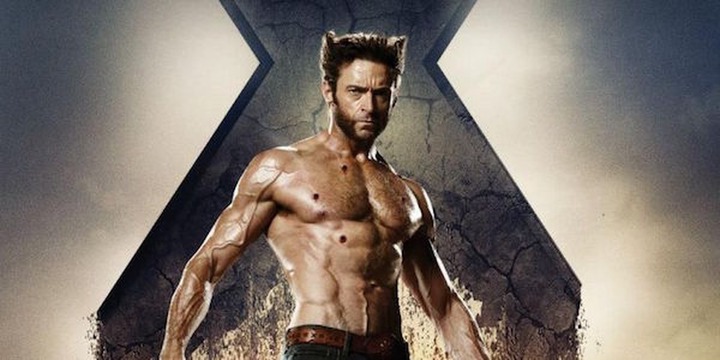 Upon entering the Statue of Liberty to put an end to Magneto’s sinister plans, the X-Men find themselves suddenly under attack by…Wolverine? Turns out that this imposter is none other than the shape shifting Mystique. She and the real Wolverine face off in a deadly match of fisticuffs - a veritable cage as the two fight in an area cut off from the other X-Men. The battle seems to be in Mystique’s favor initially, with her landing blow after brutal blow. But hey, it just proves that Wolverine is one hero that can take a licking and keep on ticking. Wolverine ultimately emerges as the victor from this encounter, all thanks to his cunning sense of smell. 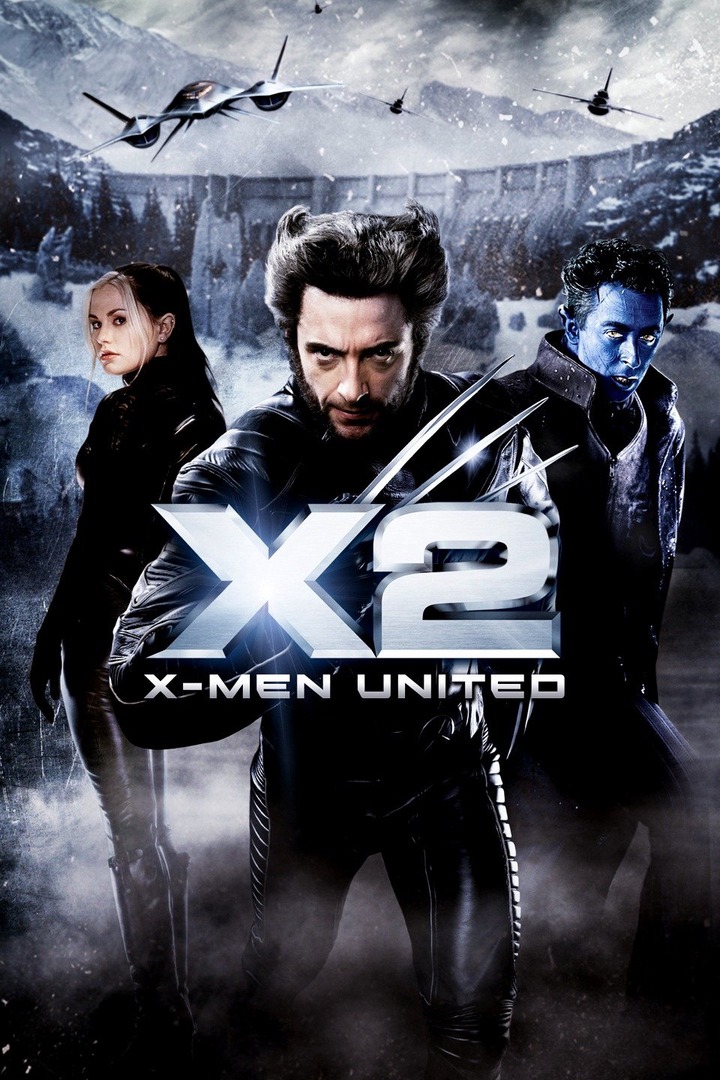 Wolverine sure likes to tangle with the ladies doesn’t he? Lady Deathstrike could very well be one of the toughest opponents Logan has ever faced in the film series. Her razor sharp adamantium claws and dizzying acrobatic skills make her a formidable adversary as is, but the fact that she shares his healing ability really makes it a fair fight. Bearing that detail in mind, this showdown could literally go on forever, with the two exchanging consistently aggressive attacks with neither showing any sign of slowing down. Realizing that all the punching and stabbing is getting him nowhere, Wolverine gives Lady Deathstrike an extra dose of adamantium, effectively solidifying her fate. 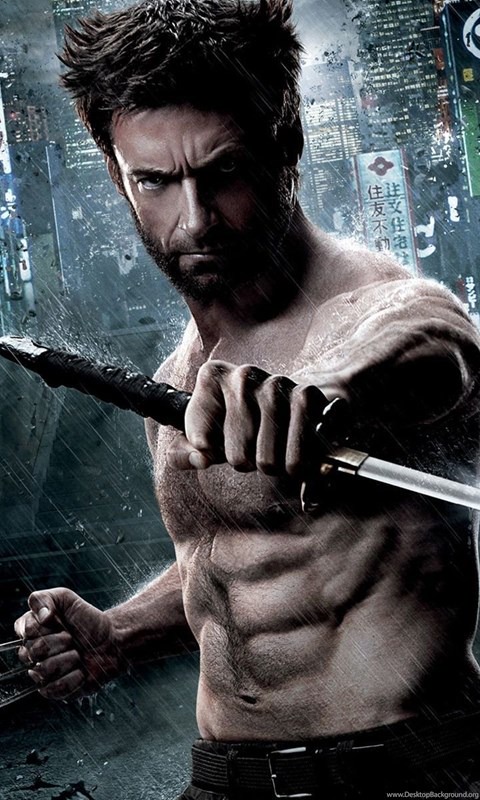 When members of the Yakuza follow Mariko onto a bullet train to kidnap her, we’re betting they didn’t expect to run into a certain mutant with a bad attitude instead. Doing whatever he can to protect Mariko, Wolverine quickly jumps into action to knock these baddies out of commission before they even hear the ‘snikt’ of his claws. Matters get a little out of hand when the remaining members of the fight fall out of the side of the train and wind up on its roof, but a sudden change of location can’t stop Wolverine from finishing what he started. The action moves at a breakneck pace and provides us with one of Wolverine’s most badass kills…ever. 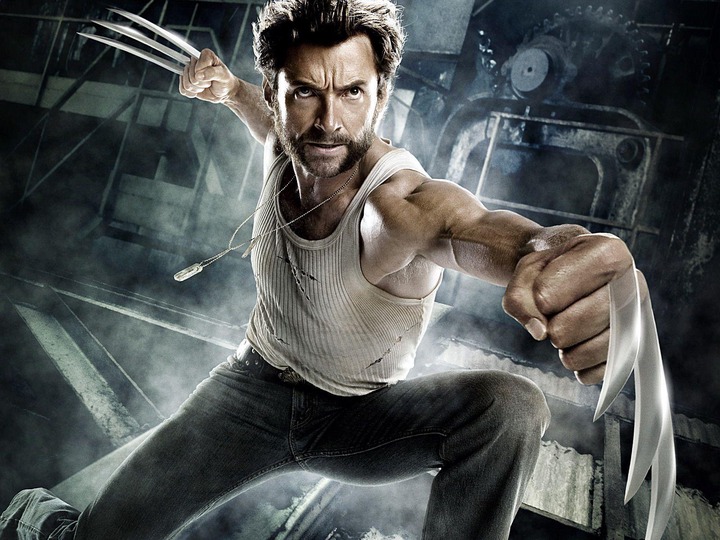 Fans of the comic book series are familiar with Wolverine’s iconic berserker rages; a state of pure adrenaline and killer instinct that takes over in times of extreme anger or stress. Audiences were treated to the first live action depiction of a berserker rage when the U.S army decided to invade the X-Mansion and abduct many of the students living there - something which our old buddy Logan, unsurprisingly, wasn’t too happy about. Storming through the halls like a savage animal, Wolverine unleashes the full fury of his adamantium claws on the unsuspecting soldiers, cutting them down with ease and zero hesitation. Best. Babysitter. Ever.

#1: A True Title Fight at the Statue of Liberty 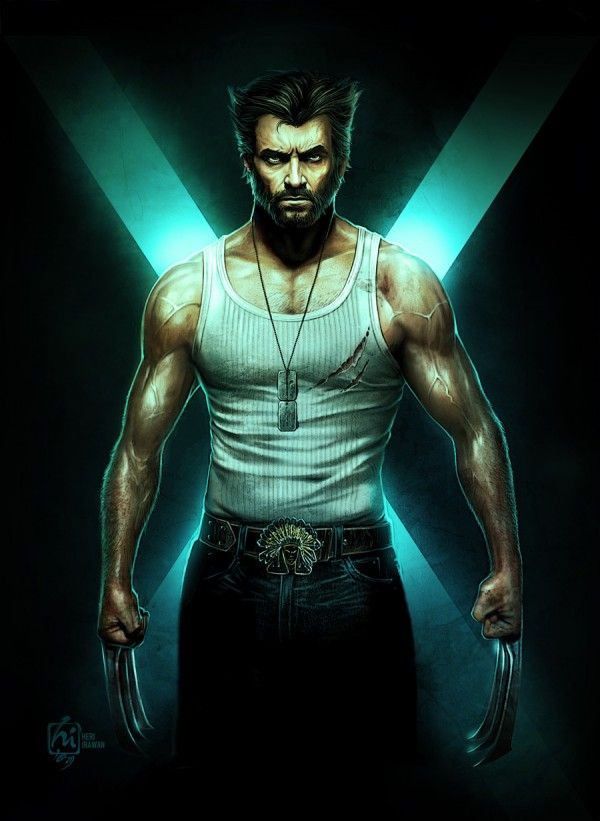 With the other X-Men subdued by Magneto, Wolverine is the last chance they have of saving Rogue, but Sabretooth stands between them. After a sucker punch, er… “sucker stab” from Wolverine, Sabretooth takes the fight outside, launching Logan through the air to the top of Lady Liberty’s head. The two duke it out in a fight to the finish, snarling and slashing at one another with a kill-or-be killed level of brutality. The entire sequence is absolutely exhilarating. Ultimately, Wolverine ends the fight with a maneuver that feels as if it was ripped straight from the pages of the comics, proving once and for all that he can, in fact, play as part of a team.