He was initially called out by his former personal assistant, Oye. During a question and answer session on instagram, Oye did not hesitate to mince words while he spilled the hot tea. He made so many allegations on Bobrisky which nearly put her in trouble. She alleged that Bobrisky was having an affair with Mompha but later tendered an apology to Mompha and his family.

Oye said a lot of ugly things about Bobrisky and the trend did not end with her. Other people on social media who had issues with Bobrisky before started trooping out to seize the opportunity. So many disgusting things were said about him and he was forced to respond to some of them at some point. 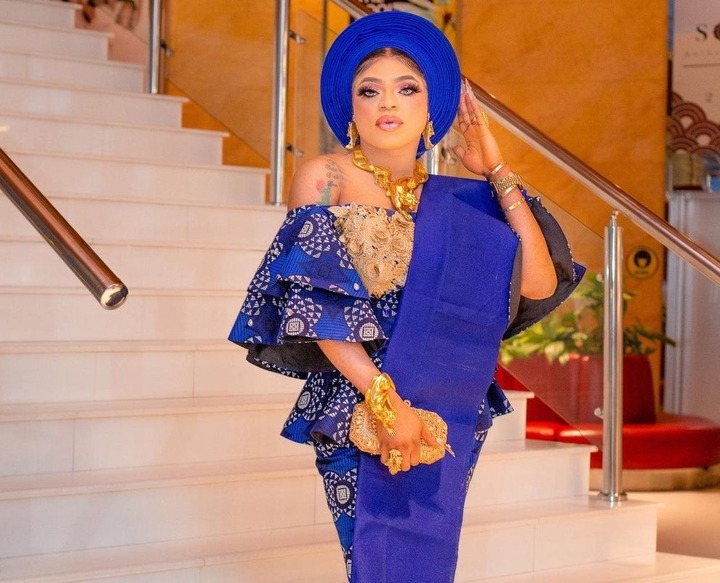 While Bobrisky was responding to some of the people saying disgusting things about him, he got into an intense altercation with a blogger, Gist lover. They started going on and on with each other until Gist lover reveled Bobrisky’s personal mobile number on the internet. Bobrisky also did the same but Gist lover’s number happens to be an international number which may not connect if called from Nigeria.

After Gist Lover revealed Bobrisky’s personal mobile number, many people started calling him, adding him to different Whatsap groups and making him admin amongst other things. Bobrisky had to switch to airplane mode for a while but little did he know that things had not gotten better when he to took it off air plane mode.

Unknowing to him, a troll called his number and he picked up, thinking it was a business call or something important until the person started abusing and cursing him. The person recorded the voice call and shared it on social media for others to mock him.

Two reasons why people should stop this act

1. Bobrisky has not done anything wrong to offend the people who are disturbing his peace. Hence, it is very unethical, rude and morally wrong to provoke an innocent person because his lifestyle does not conform to their own standard.

Irrespective of the kind of life Bobrisky is living, in as much as he has not violated anyone’s privacy, it is very unfair for people, in large quantity, to start violating his own privacy. People should respect his privacy and let him be.

2. Secondly, since the person who leaked the number on the internet has called for decorum, people should just respect that.

5 Ways to Deal With an Ex lover who Scammed You