A 22-year-old boy known as Zanziman Ellie, lives with his mother in a jungle in Rwanda, East Africa. 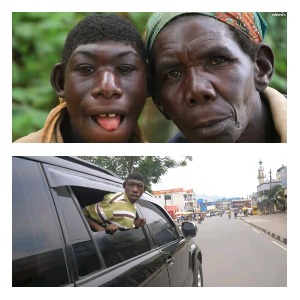 It would be recalled that a video of him went viral last year. Her mother explained in an Interview with Afrimax TV that her son was the answer to her prayers, after giving up hope she would ever have children. She claimed she begged God for a child, even disabled one. Zanziman is her only child.

The story of Zanziman was read by many people, however few took it upon themselves to reach out to the boy. Some were sending gift items, household items, food, cake and others things. 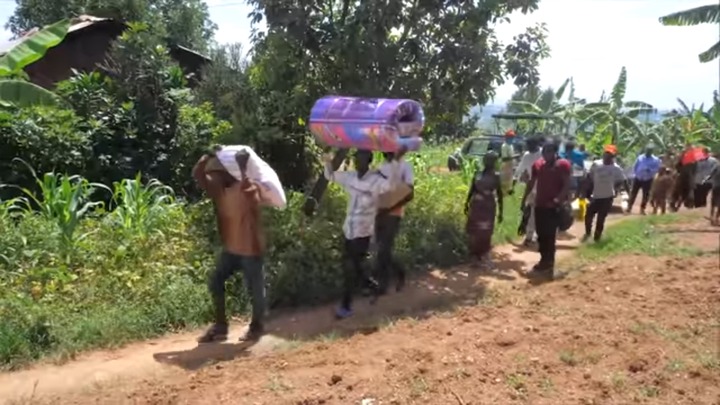 Afromax TV crew paid the special boy and his mother a visit again. According to them, when they arrived their abode in the jungle, Zanziman tried to abscond on the sight of them as he is not used to seeing people especially the ones that are well dressed. Afromax crew told his mother that they have come to take him to the city and a school where he will meet friends that also look like him.

Zanziman was dressed in beautiful clothes. They took him on the car they came with. It was his first time entering a car, so he brought out his head to have a clear view of the city and also wondered why everything were moving. There are seven wonders of the world, but in the eyes of Zanziman, there are millions and he kept looking at them. 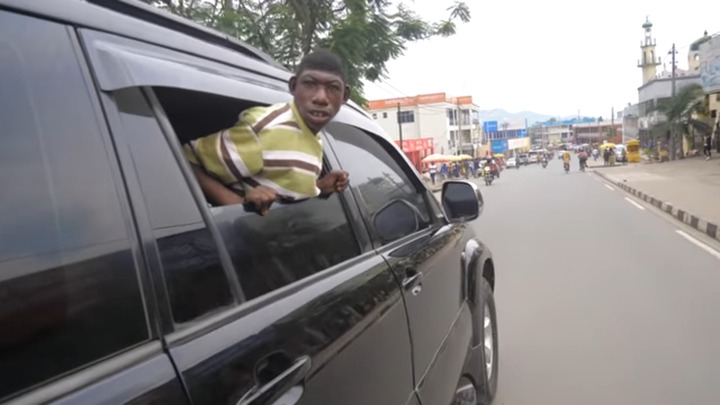 People saw him sticking his head out of the car, they were amazed. The crew had to stop so he could make new friends. In a short time, large number of people gathered. They tried to get his autographs, some were taking pictures with him, however, Zanziman was as surprised as they were. 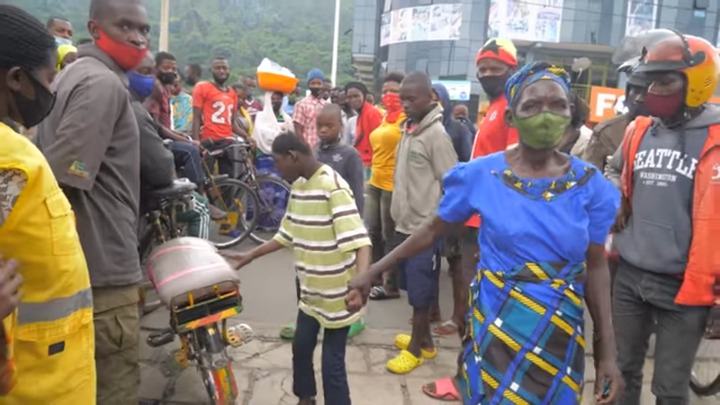 They entered their car and drove off. Zanziman and his mother were lodged in a beautiful hotel. They were offered a delicious food, Zanziman tasted it and smiled. It was his first time eating a delicious food. They put him in a nicely furnished bedroom, he slept happily. In the morning his mother woke him up to get ready for the school. He has never been to school in his life. Zanziman was given a toothbrush and toothpaste to brush his teeth. They led him to the washroom. On the sight of a mirror, Zanziman stood still for some minutes trying to figure out who was on the other side of the mirror. He placed his hands on the mirror and noticed that his mirror friend also did the same thing. 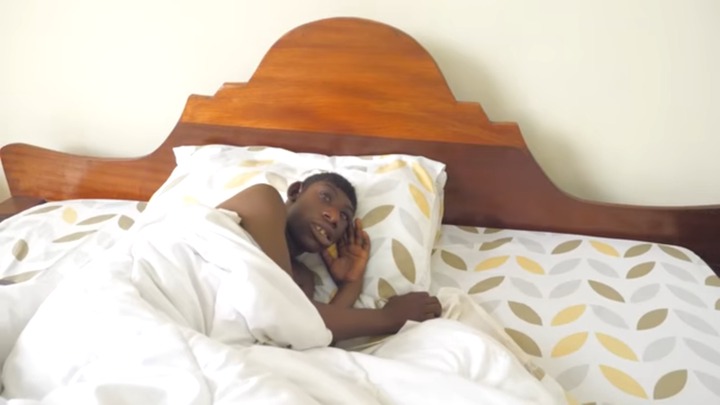 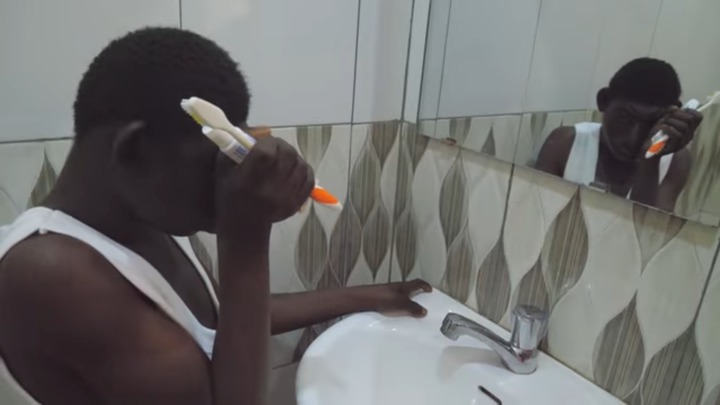 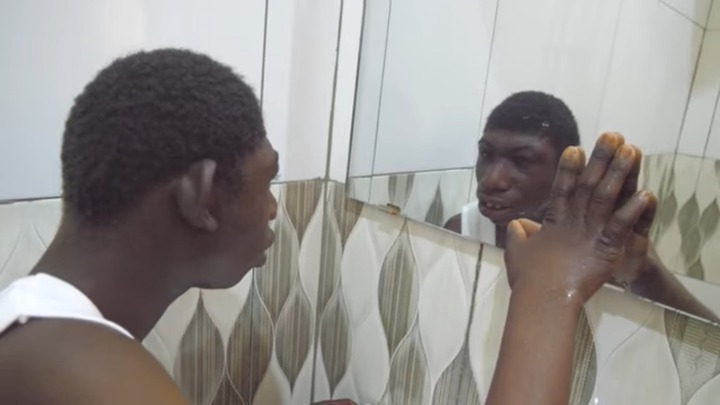 At the school, Zanziman was dressed in school uniform to see if he can cope when registered. He met children who look exactly like him at first he was shy, but after some minutes, he became friendly with all the people in the school that he never stopped greeting them. This gave his mother hope that he will do well when enrolled in a school. 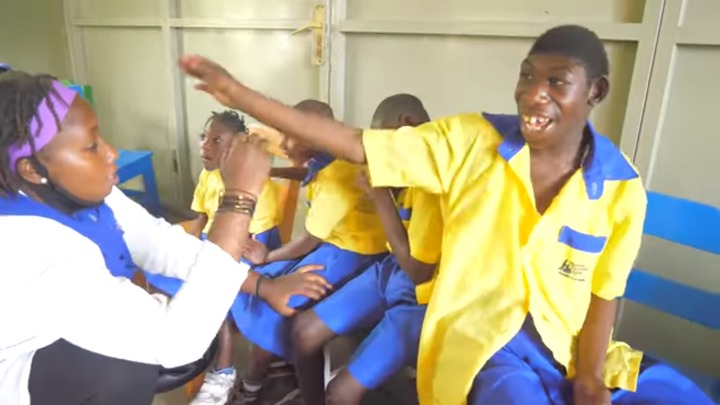 When he was taken to the music section of the school, Zanziman saw people singing and playing different musical instruments, he became shy and covered his face Afromax crew encouraged him to relax. After some minutes, he relaxed and tried to sing with the microphone like he saw the singers doing, however, he could not produce any sound and that made him sad. 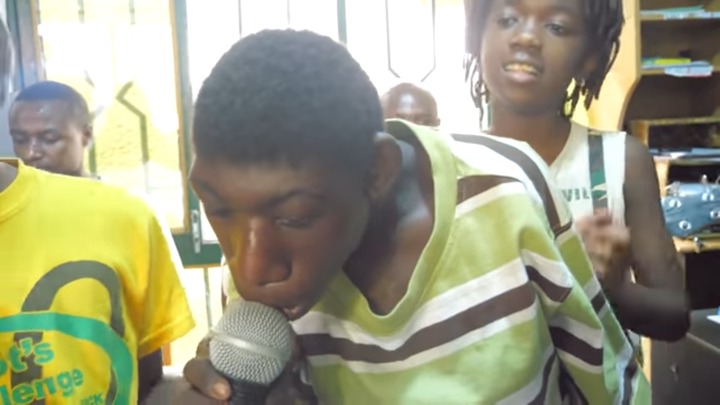 Afromax TV crew took the young boy and his mother back to their home. They also bought some household equipment for them.

Zanziman's mother's joy knew no bonds. According to her, when Afromax TV crew came and offered to take them to the city and school, her friends discouraged her. They also told her that the boy will be taken to the zoo where he would be used as tourist center. However, she was grateful that Afrimax TV kept their promise by taking them to where they promised them.

She called on good Samaritans to give her some financial assistance so she can enroll the boy in a school.

Every child is born a genius. Children are not things to be molded, but are people to be unfolded. There is ability in disability.