5 Davido Songs You Didn't Know Were Written By Popular Artistes

By Supertee (self media writer) | 10 months ago 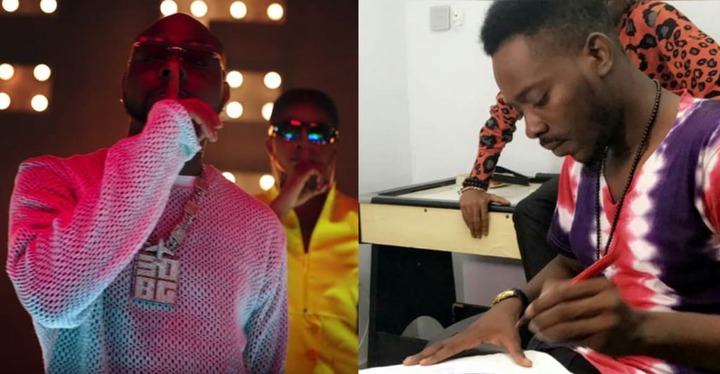 David Adeleke popularly known as Davido is by far one of Africa's biggest musical acts. His hits have been played over a billion times worldwide and his success has spanned years.

While a lot of artistes don't like to reach out to songwriters, Davido is one artiste who has been known to champion songwriters. He of course writes a lot of his own songs, but from time to time, OBO has been known to source the talent of other gifted artistes to make some of his biggest hits. Sometimes, these gifted songwriters are also artistes who are popular musicians.

Here are 5 Davido Songs That Were Written By Popular Nigerian Artistes.

Davido's 2017 smash hit and one of my personal songs by him, Like Dat was famously written by Teniola Apata popularly known to us as Teni. 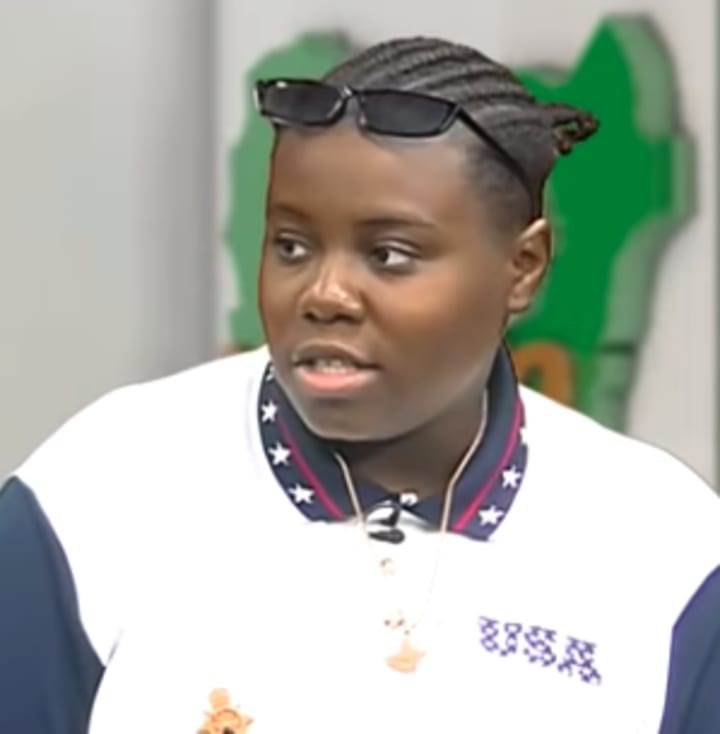 Teni made the revelation in a 2017 tweet that went out a day before the song's release. She said:

A song I wrote for Davido drops tomorrow!! S/O to OBO for giving young writers like myself a chance!! I can't wait for y'all to hear "Like Dat" Another Monster Hit. 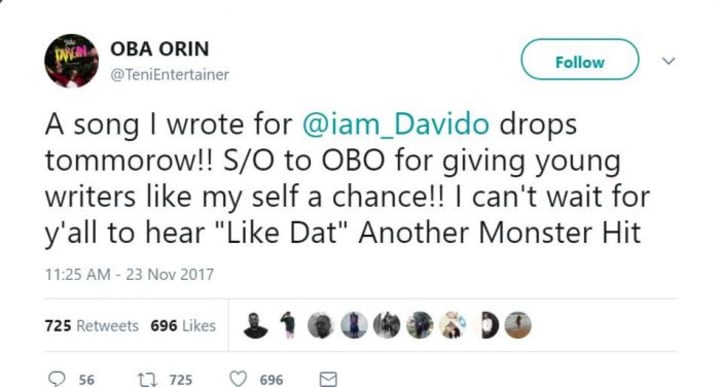 In 2014, Davido released a monster hit called Aye. What many people don't know is that Aye was co-produced and written by Nigerian singer, Runtown. 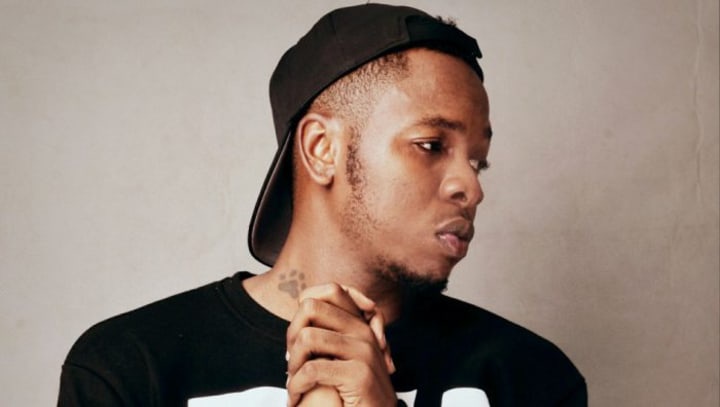 Runtown made the revelation in a 2020 tweet. After he was asked "Who wrote Aye?" Runtown responded to the tweeter saying:

I wrote it. And also co-produced it. Nothing wrong in using song writers if you write song for me and I like am I go sing am. 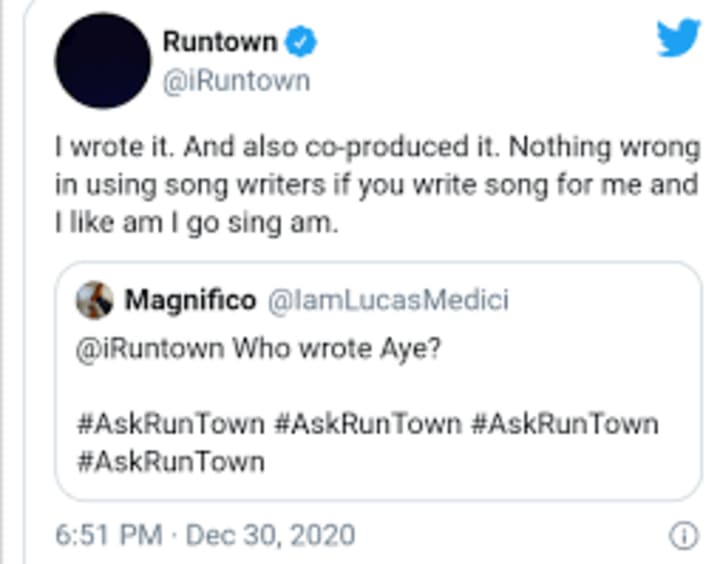 Another huge Davido smash that was written by a popular Nigerian artiste is Davido's massive anthem, If. 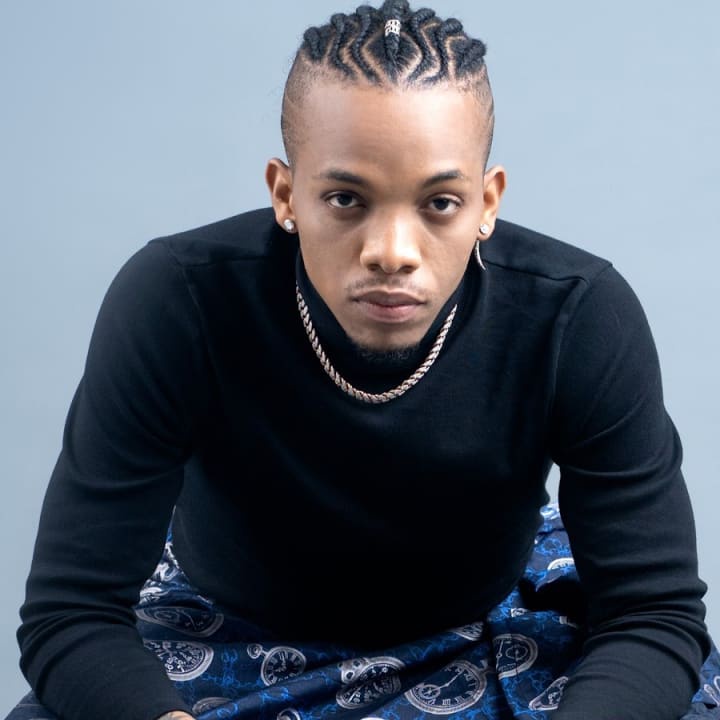 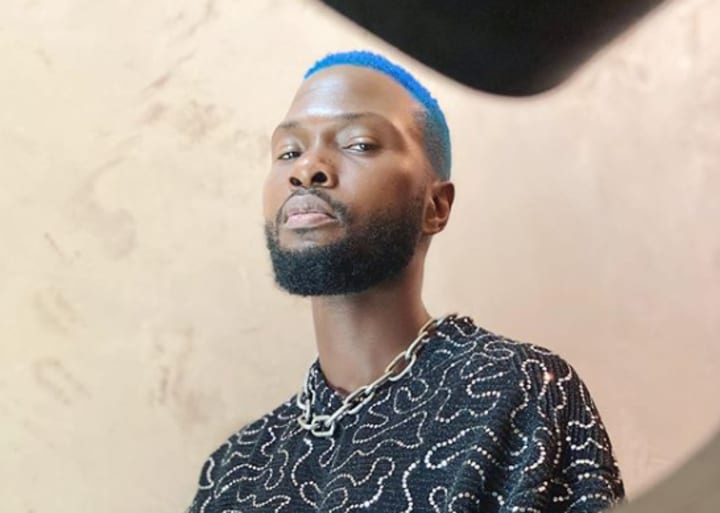 According to Wurld, he wrote the song in 2017 and wanted Runtown, Mr. Eazi and Wande Coal to sing on it. Eventually that didn't happen and Davido upon hearing it and liking it made into a super smash hit.

The song earned him a nomination for Best Songwriter of the Year at the 14th Headies Awards. 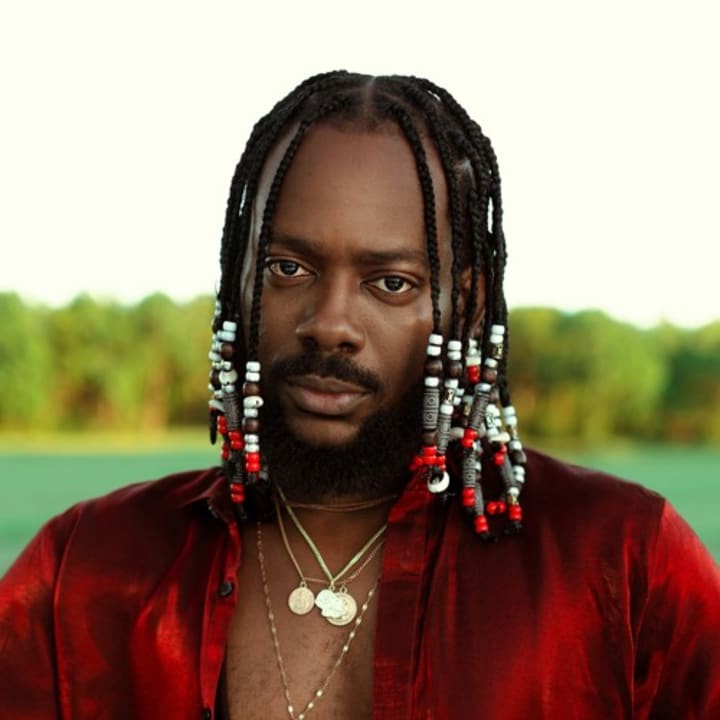 It's so good to see Davido supporting talented writers. What is also interesting to see is that when Davido jumps on these songs, they become mega hits and positively affect the songwriters. Combined, these five songs have been listened to over a hundred million times. A symbiotic relationship through and through.