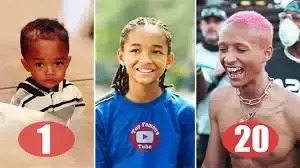 The popular actor, rapper Jaden Smith started his acting career at age 8, his first movie role was alongside his father Will Smith in "Pursuit for Happiness" for which he won an "MTV popcorn Movie Award".

In 2010,Jaden Smith starred alongside the iconic actor Jackie Chan in a remake of the Karate Kid.

Growing up famous and as a son of a rich actor Will Smith made him to become friends with others in similar situations and also friends with the popular singer Justin Bieber. He followed his father's footsteps by rapping on the Canadian singers song "Never Say Never.

In 2012,he released a mixtape called "the cool cafe". And also in 2013, he featured in another movie alongside his dad in "After Earth" in that same year he launched his own clothing brand called "MSFTstreps". He achieved a lot at a younger age. His first studio album titled "syre" was released 2017. Being an inventor,he has been rendering help to less privileged people.In 2011, he won the young artist award for the worst performance in "After Earth"

The main thing that got people worried is how he looks like now, his recent look on T V show is not the same like the Jaden Smith from Karate Kid. Despite he comes from a nice and supportive family, his health issues is nothing to write home about and this started after he went vegan, which deteriorated his health and his parent concerned about him, when the deterioration clearly showed, as he looked drained, turned pale and gray blue.

His parent organized an intervention on one TV show, on how to bring him back to normal state of health. before, they later carried test on him which the result came out to be malnutrition. specifically, lack of proteineous food. he is very low in B12, low in vitamin D, low in Omega-3 fat though his parent have hired a nutritionist expert for him and hopefully, Jaden Smith recovers from his deterioration.

Some rappers are worried of what happened to Jaden Smith. The Nigerian rapper Edris Abdulkareem took to his Instagram page and shared then and now pictures of the rapper Jaden Smith. He wrote, " looking very handsome when he was a young boy,but looking very bad and emaciated now 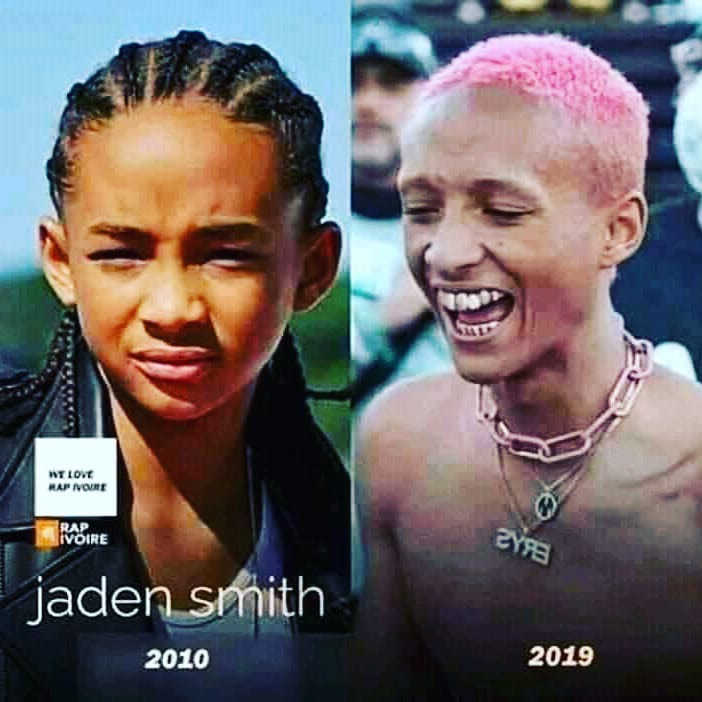