Movie: Here are the movies that makes Forbes Top 10 list of most watched Netflix series 2020.

By RainSMediaRadio (self media writer) | 1 year ago 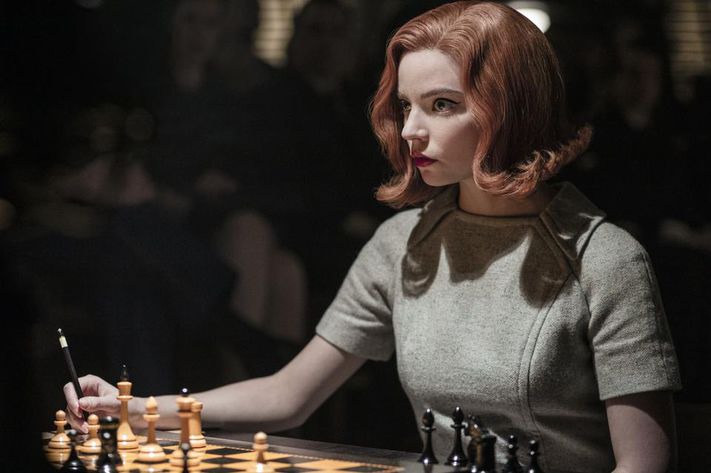 Twenty-twenty (2020) has been a heck of a year with the pandemic and stringent Lockdown which affects and shape the way we live and our survival strategy but leaving us with more thirst and hunger for an escape in Entertainment and streaming platforms did justice to that.

Among many, Netflix is the focus as they are recently spreading across the continents entertaining viewers with adorable series and home videos.

According to Forbes, this year top 10 list of most watched series on Netflix was put together by specifically asking streamers about series that were new to them to achieve this list if not Mega hit series like The Crown and Dead To Me, probably Game Of Throne, Vikings, and many more would have top the list.

Here are the 10 most-watched new Netflix originals and each show’s specific genre:

7. Never Have I Ever (Dramedy)

Well, out of all the movies listed above the one I can say I have seen is The Queen's Gambit.

Premiered on Netflix on October 23, and it is based on a 1983 novel of the same name by Walter Tevis.

A phenomenon drama set on the story of a young girl who lost her mum to an intentional accident after the mum suffered rejection by the father for not being able to put her life together and resisting alcohol.

The father did try to take her into custody but did not fight for her enough. Soon she joined an orphanage home where the social workers try to reshape her life but something bigger cut her attention and she became her own hero in the game of Chess.

Anya Taylor Joy who played Beth Hermon Character transition from a timid looking young girl to a bold, intelligent and charismatic World Chess female Champion was intriguing starting from how she was thought the game of Chess by the orphanage home Janitor Character, Mr. Shaibel played by Bill Camp to her mysterious roof top chess board hallucination where Beth usually find answer to every critical question she has about Chess.

Beth went on to became the number one in the world of Chess Tournament after beating her biggest opponent ever the Russian World Champion, Vasily Borgov played by Marcin Dorocinski.

Netflix revealed that the series was an unexpectedly huge win. “On Netflix, a record-setting 62 million households chose to watch The Queen’s Gambit in its first 28 days,”. The company also reported that the show made the top 10 in 92 countries, and ranked number 1 in 63 countries.

Will The Queen's Gambit return for another season?

According to Oprahmag, the show's executive producer William Horberg said: “The last scene feels like a beautiful note to end the show on, so I’m not sure if we want to go on and answer that question. Maybe we can just let the audience imagine what comes next.”

Meanwhile, Anya Taylor-Joy told Town and Country: “I adore the character, and I would certainly come back if I was asked to, but I do think we leave Beth in a good place. I think the rest of her life will surely be an adventure as well, but in the quest that she goes on in this to find some form of peace, just some form of being able to be happy with who she is. I think it ends in a nice place.”

Looks like The Queen's Gambit already has it end after all. But it is a series I would love to see continue for probably 3 to 4 seasons.

Content created and supplied by: RainSMediaRadio (via Opera News )