By People'sDaily (self media writer) | 9 months ago 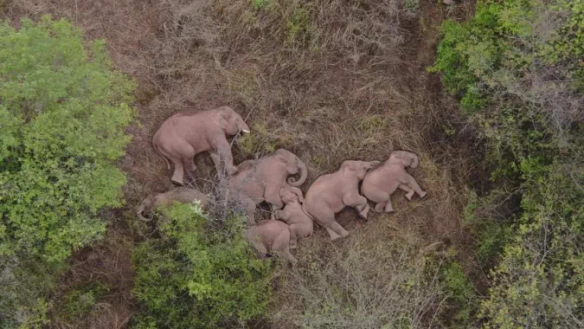 On the evening of August 8, 14 wild elephants which had been migrating northward in southwest China’s Yunnan province crossed the Yuanjiang River safely and continued to head south, according to a press conference held recently in Kunming city, capital city of Yunnan.

The elephant herd is now in a wood near Honghe subdistrict, Yuanjiang county, Yuxi city of Yunnan, which is 26 kilometers away from Mojiang county, Pu’er city of the province.

This means that all the original 15 Asian elephants heading north, including one male separated from the herd that was returned to their original habitat in a nature reserve in Yunnan’s Xishuangbannan Dai autonomous prefecture on July 7, have been on their way home. 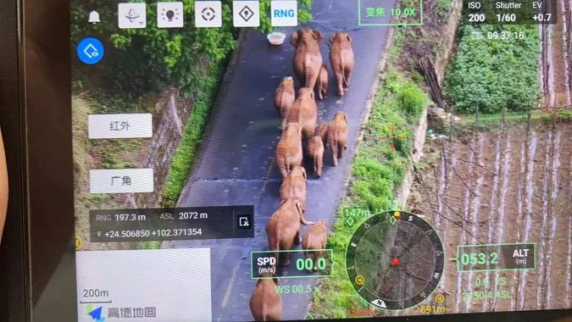 According to Wan Yong, who heads the headquarters in charge of monitoring the migrating elephants, these elephants left their original habitat in March 2020. In July 2020, the herd entered Pu’er city. Then on April 16, 2021, they wandered into Yuanjiang county, Yuxi city of Yunnan.

Since then, the herd has trekked more than 1,300 kilometers and over 110 days through eight county-level regions under Yuxi city, Hani and Yi autonomous prefecture and Kunming city of Yunnan.

In response to the migrating elephants, Yunnan has evacuated residents and promoted claims settlement regarding relevant damages while monitoring the elephants, making efforts to ensure the safety of both residents along the route as well as the animals.

As of August 8, Yunnan province had dispatched over 25,000 police officers and relevant staff members, deployed 973 drones and over 15,000 vehicles to monitor and guide the migrating elephants. Meanwhile, the province had evacuated more than 150,000 residents to avoid conflicts between them and the migrating elephant herd and provided nearly 180 tons of food for the herd, pointed out Wan, who is also head of the forestry and grassland bureau of Yunnan. 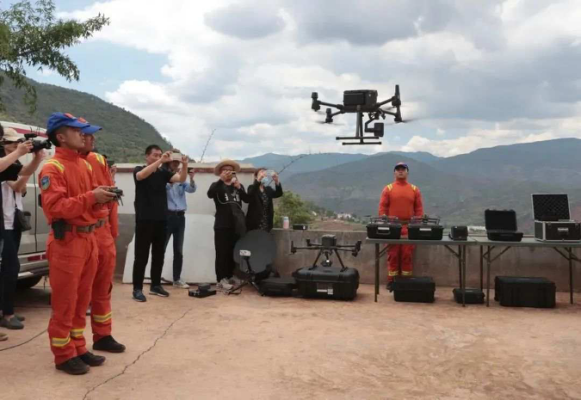 Wildlife public liability insurance companies had received 1,501 cases of declaration of losses caused by the migrating elephants, and assessed the losses at about 5.13 million yuan (about $790,548). They have completed 939 claims and redeemed insurance premiums of over 2.16 million yuan, advancing insurance work in an orderly manner.

In just a few days, staff members of the headquarters in charge of monitoring the migrating elephants walked along the 76-kilometer-riverway of the Yuanjiang River and finally found the best route for the elephant herd to cross the river based on its location and the potential risks and dangers in river-crossing. They decided to guide the elephant herd to an old bridge near the Yuanjiang entrance toll station of Kunming-Mohan Expressway, helping them overcome the biggest obstacle on their way back south, according to Yang Yingyong, who has been in charge of safety precautions and emergency response for the migrating elephants in Yuxi city.

Although the elephant herd has crossed the Yuanjiang River safely, relevant safety precautions and emergency response work will continue until the elephants enter their habitat in Mojiang county, where they will be put under regular management by Pu’er city and Xishuangbannan Dai autonomous prefecture, Wan noted.

The population of Asian elephants in Yunnan has grown to over 300 from about 150 in 1978. As of the end of 2020, the home ranges of Asian elephants have expanded to 55 townships in 11 county-level regions of three cities and prefectures of Yunnan, many are outside the nature reserve.

“Next, we will gather pace in building a national park for Asian elephants and improving their habitats, striving to enable human beings and elephants to live together in harmony,” Wan said. 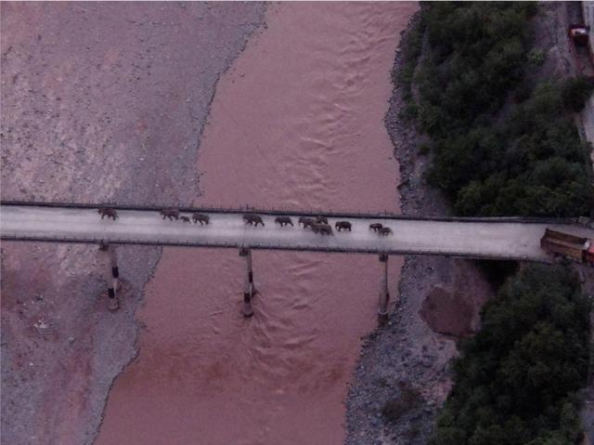 Wild elephants which have been migrating in southwest China’s Yunnan province cross the Yuanjiang River. (Photo/Yunnan.cn)

Since the beginning of the migration, many experts and technicians in wildlife, information communication, and other fields have joined the efforts to protect the herd and local residents and help with the migration. They have conducted research while applying research findings in their work, and preserved massive data from scientific research, monitoring and early warning, and emergency response in the whole process, said Chen Fei, director of the Asian elephant research center under the National Forestry and Grassland Administration of China as well as a member of the expert team established for the migrating elephants.

The headquarters have creatively and gently intervened in the migration by predicting the elephants’ migration routes, conducting security control, and attracting them with food, which can be helpful for alleviating “human-elephant conflict” and even “human-animal conflict” in the future, Chen pointed out.