Check Out Different Times Strange Fishes Were Caught In Nigeria

Just a few hours ago the internet was buzzing over the gigantic fish that was caught by a fisher Man. The Fisher Man caught a fish that is identified as the trygon fish, the fish was caught in a river in Rivers State. He did not just catch one of this strange fish, he actually caught alot of them. See pictures below; 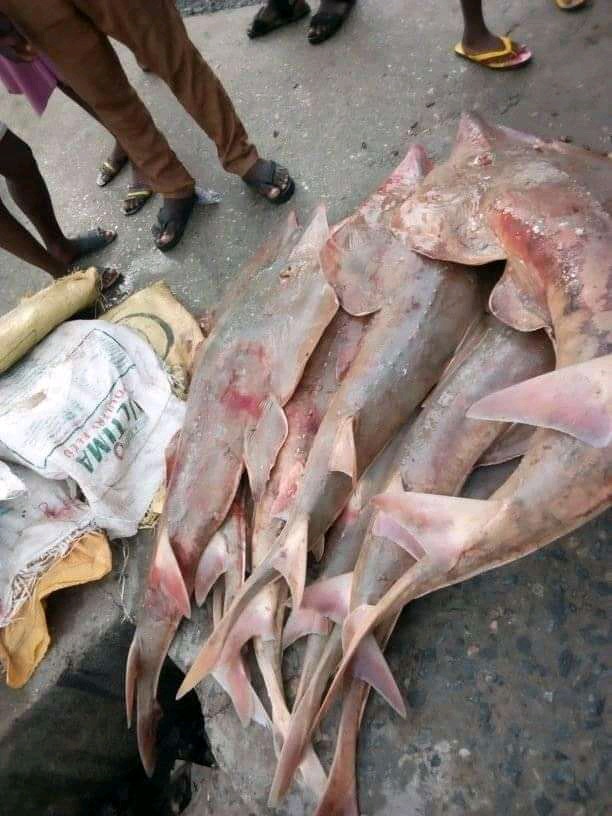 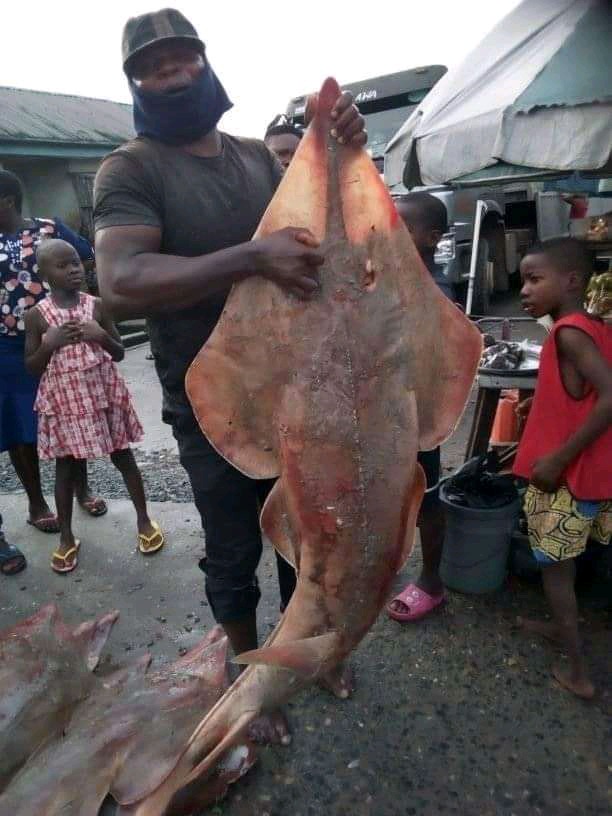 Apart from this young Man, there are quite alot of people that have been lucky enough to capture strange fishes in the River. Some of these fishes ranges from Sharks to sea lions and many more, let's take a look at a few times Fisher Men caught strange fishes in Nigeria.

1. A gigantic Swordfish was caught by a Fisherman at Adoni Local Government Area, Rivers State. It seems as though Rivers State has a history of strange fishes washing up shore. Even though the swordfish is a bit strange to Nigerians, it didn't stop them from Killing and eating it up.

2. A Big Whale was captured in the River by some Fisher Men in Brass local Government Area, Bayelsa State. The Whale was found at the beach in between the Okpoama and Onyekia beach. The Fisher Men captured and shared the meat of the whale amongst themselves. 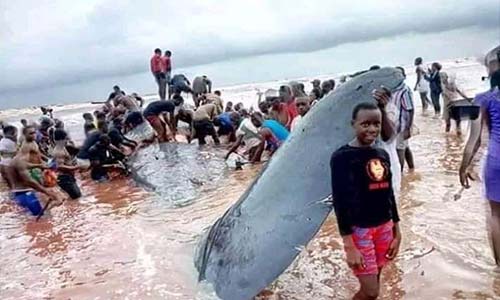 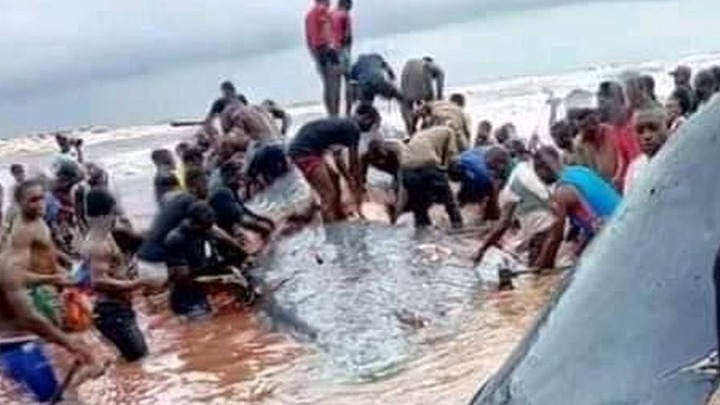 3. Another set of Fisher Men also laid their hands on a baby whale, the whale was captured at Obotobo Community in Delta State. The people at the area did not hesitate in Killing and sharing the meat amongst themselves. 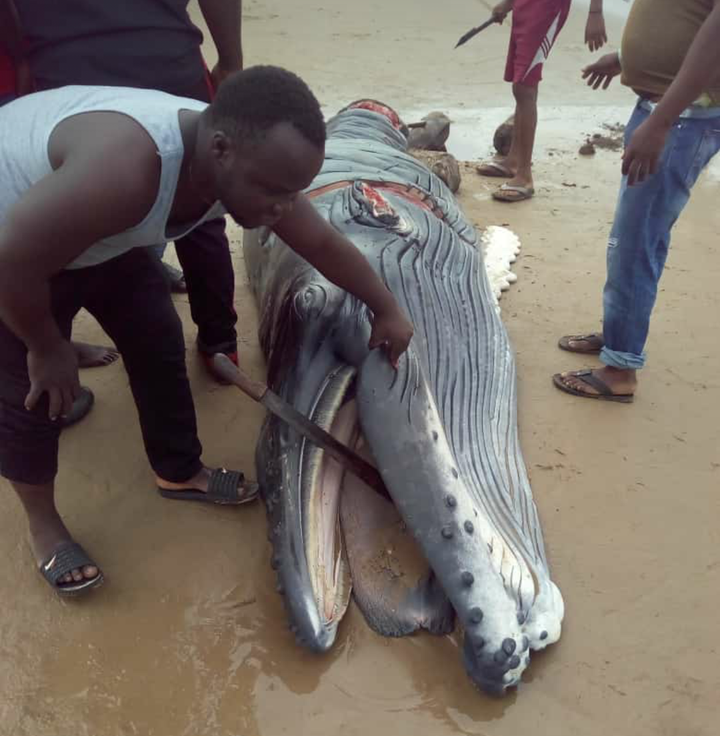 4. A Dolphin was also captured in a River at Ibeno local Government area, Akwa Ibom State. Just like the rest of the other Fishes, this Dolphin was killed and eaten by residents. 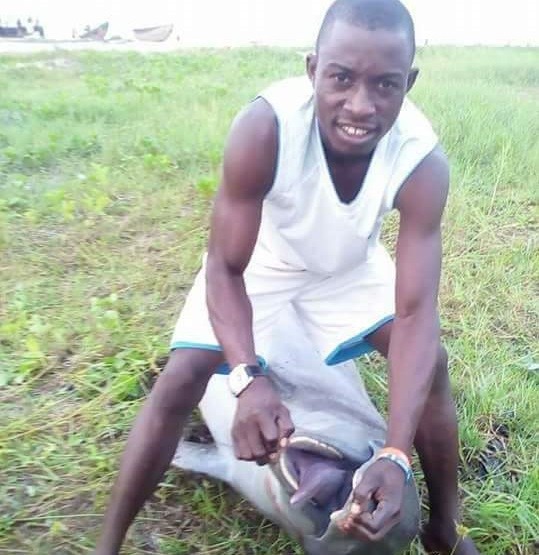 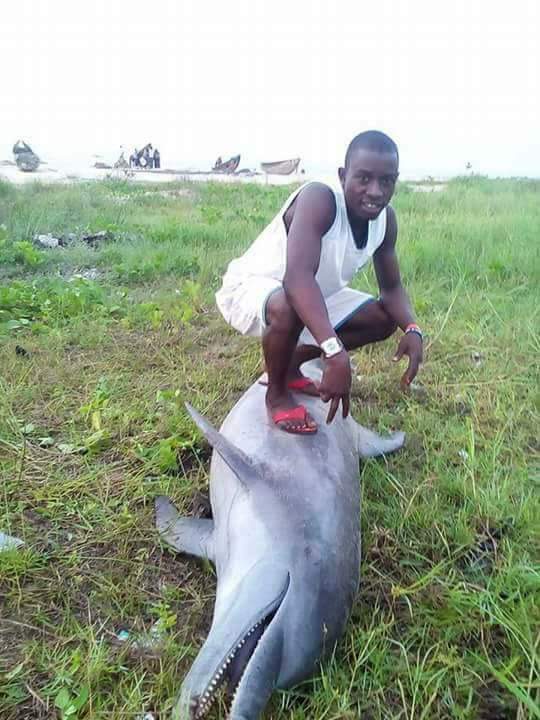 In Nigeria when most Fisher Men go to the River to catch fishes, they don't expect to find anything out of the ordinary. They hope to just go into the water and come out with fishes like Tilapia, Sardines, Titus and those common fishes we eat everyday. It is normally the people abroad that are known for having exotic and endangered Animals in their waters. Well these days we have been seeing countless stories of Nigerian Fisher Men that were lucky enough to capture strange fishes. 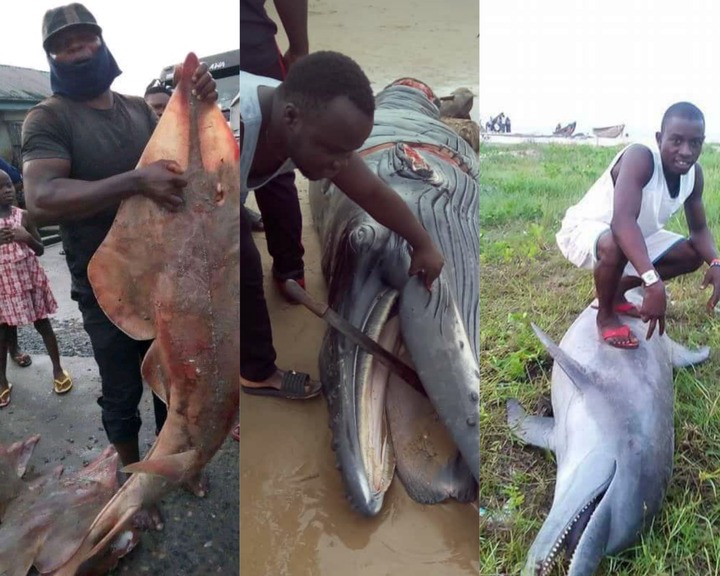 It is quite unfortunate that Animals that are meant to be kept safe are being caught and eaten. Most of these Fishes are endangered species that should to be preserved.