Shoebill: This terrifying bird raises only one child by allowing its weaker children to be killed

By Coolbob (self media writer) | 5 days ago

Sometimes nature can be very brutal, It's either kill or be killed and even young offspring of several animals are not exempt from this rule.

A typical and very terrifying example of this rule is the Shoebill bird, and there's a very high possibility that any shoebill bird you see probably killed its sibling as a young chick.

The shoebill bird is a large prehistoric looking bird often found in the marshes of East Africa. Its name is gotten from the shape of its beak which it uses to hunt fishes, frogs, lizards, snakes and sometimes baby crocodiles.

This strange looking bird can reach heights of up to 5ft and is usually known as one of the most terrifying birds on earth, a title which shouldn't be taken lightly. 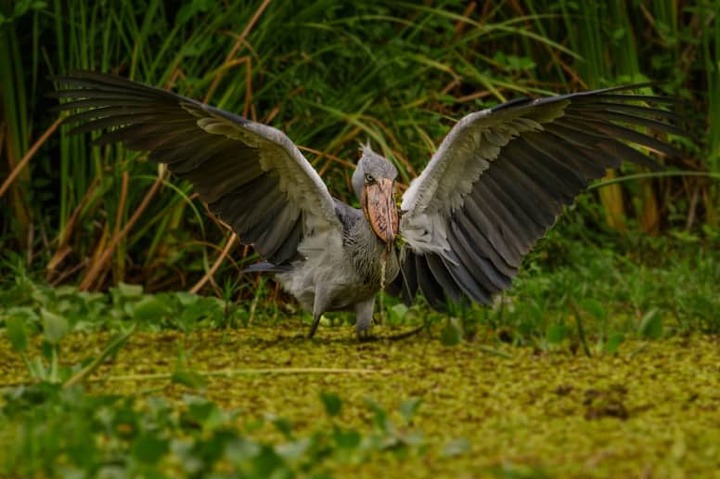 The reason for my assertion that most adult shoebills probably killed off their siblings as chicks is that the female Shoebill usually has one to three chicks but normally only one chick survives to adulthood.

This is due to the fact that if a Shoebill gives birth to more than one child, the stronger chick, which is usually the older chick, usually bullies and kills off its weaker sibling. 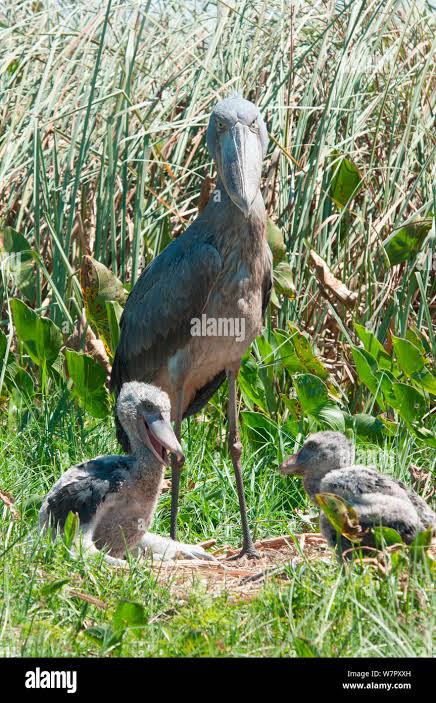 This habit is usually observed by the mother shoebill who chooses to favor the stronger chick, giving it enough food, water and shade and allowing its weaker child to be bullied to death or to slowly die of hunger and thirst.

In fact, the only reason the mothers keep the younger chick around is to serve as backup if the older chick seems weaker or doesn't survive. Either way, the mother shoebill always ends up raising only one chick. 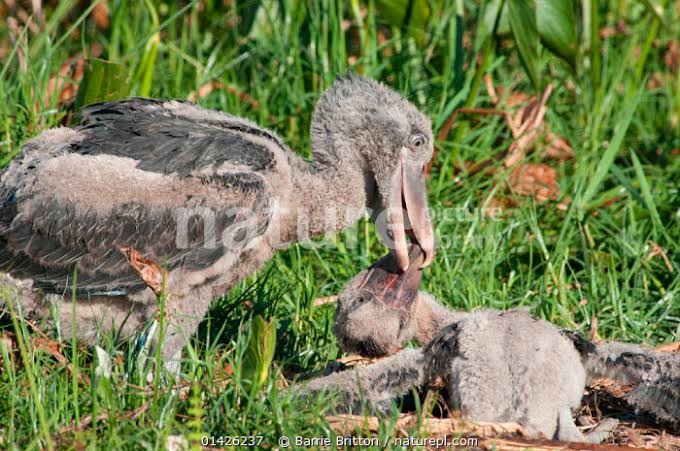 This startling example of survival of the fittest is not only restricted to the shoebill, it can also be observed in a lot of other animals, especially birds.

Have you ever heard of any other animal that exhibits a similar behavior? feel free to leave your thoughts in the comment section below.