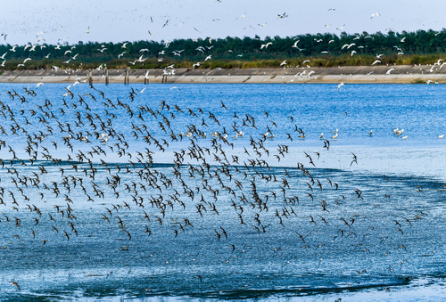 The 15th meeting of the Conference of the Parties to the UN Convention on Biological Diversity (COP15), which kicked off on Oct. 11 in Kunming, southwest China’s Yunnan province, demonstrates China’s determination to advance the construction of global ecological civilization and promote the harmonious coexistence of man and nature with the international community.

With the theme of “Ecological Civilization: Building a Shared Future for All Life on Earth”, the event marks the first time that a meeting of the COP to the UN environmental convention makes ecological civilization its theme.

A sound ecosystem is essential for the prosperity of civilization—a valuable experience gained from the history of human civilization.

Taking on its lofty responsibility for the entire human civilization, China advocates respecting and protecting nature and obeying nature’s laws and has been exploring a path for human and nature to live in harmony.

China has pursued development with the vision of building an ecological civilization, and prioritized ecological progress and embedded it in every dimension and phase of its economic and social development, in a bid to seek a kind of modernization that promotes harmonious coexistence of man and nature. 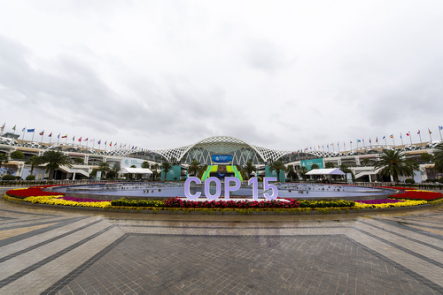 The 15th meeting of the Conference of the Parties to the U.N. Convention on Biological Diversity (CBD COP15) kicks off in Kunming, southwest China’s Yunnan province, on Oct. 11, 2021. (Photo by Weng Qiyu/People’s Daily Online)

The UN Environment Programme (UNEP) passed a draft decision on promoting China’s notion of ecological civilization and released a report titled “Green is Gold: The Strategy and Actions of China’s Ecological Civilization”, and the Lao Ministry of Natural Resources and Environment has made China’s belief that lucid waters and lush mountains are invaluable assets its motto. Such facts have proven that China’s ecological civilization concept has been increasingly acknowledged by the world.

The idea of an ecological civilization is a beautiful and unique Chinese gift, noted Nigel Topping, the UK’s high-level climate action champion for the 26th session of the Conference of the Parties to the UN Framework Convention on Climate Change. 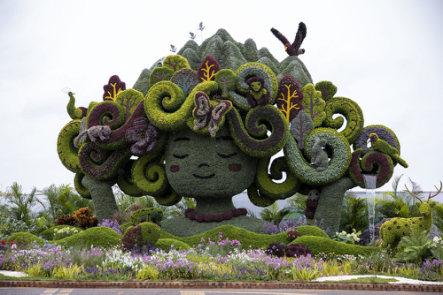 Photo shows the decorations in front of the venue for the 15th meeting of the Conference of the Parties to the U.N. Convention on Biological Diversity (CBD COP15), which kicked off in Kunming, southwest China’s Yunnan province, on Oct. 11, 2021. (Photo by Weng Qiyu/People’s Daily Online)

For the last 10 years, China has topped the world in forest resource increase, with more than 70 million hectares of land afforested; the country has made long-term, large-scale efforts to combat sandification and desertification, gradually greening the deserts; and 90 percent of terrestrial ecosystem types and 85 percent of key wild animal populations are under effective protection in the country. Such remarkable results have reflected the country’s strides along the path of ecological civilization construction.

China’s ecological civilization construction shows that the country not only cares about the well-being of all the Chinese people, but pays attention to the sustainable development of all mankind, said John B. Cobb Jr., a member of the American Academy of Arts and Sciences.

“China will strive to peak carbon dioxide emissions before 2030 and achieve carbon neutrality before 2060. This requires tremendous hard work, and we will make every effort to meet these goals,” stressed Chinese President Xi Jinping at the general debate of the 76th session of the UN General Assembly on Sept. 21, 2021, reiterating the country’s goal of carbon peak and neutrality put forward one year before. Xi’s remarks have further manifested China’s determination to prioritize ecological conservation and adhere to green development. 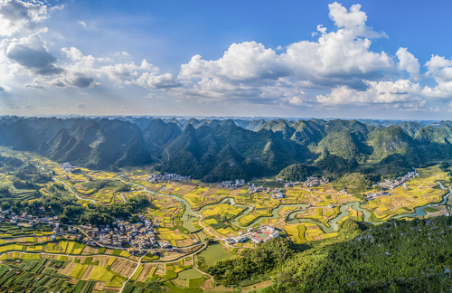 China has taken concrete actions to build ecological civilization. Since the beginning of this year, the country has kept its promise to pursue green development by formulating policies and taking specific measures, which has significantly inspired the rest of the world. It added the targets of carbon peak and carbon neutrality to its overall plan for ecological conservation and announced that it would strictly limit the increase in coal consumption over the 14th Five-Year Plan period (2021-2025); the country accepted the Kigali Amendment to the Montreal Protocol and tightened regulations over non-carbon dioxide emissions; and its national carbon market also started trading.

China has been a firm leader in ecological civilization construction. As of the end of 2020, China had carried out international cooperation and exchanges on ecological preservation with over 100 countries, and signed about 150 eco-environmental protection cooperation documents with more than 60 countries and international and regional organizations.

The country has won high praise from the international community for its endeavors to promote ecological conservation, including setting up a South-South cooperation fund on climate change, inaugurating the China-Africa Environmental Cooperation Center, and making ecological cooperation a key part of Belt and Road cooperation.

A strong and inclusive multilateral system in which China is deeply involved is key to reversing this worrying trend (of species loss), pointed out Inger Andersen, UNEP executive director.

Not long ago, the country announced that it would step up support for other developing countries in developing green and low-carbon energy, and will not build new coal-fired power projects abroad.

The international community believes that the pledge has opened a door to achieving more ambitious climate goals, reflected the country’s leadership in tackling climate change issues, and demonstrated its global vision and sense of responsibility as a major country.

Development of ecological civilization concerns the future of humanity, and building a green living environment is humanity’s common aspiration.

China, who always does what it says, will continuously preserve what gives the planet life and embrace green development with other countries to form a stronger force for building a shared future for humanity and nature.