History: The Secret Which Made The Yoruba People To Worship Oya.

In Yoruba land, people who worship Oya (goddess of the wind) believe that it is a taboo to eat a buffalo because Oya is the mother of all Buffalo. According to a popular version of this myth, a hunter went into the bush to hunt as usual, and saw a buffalo next to a termites nest. 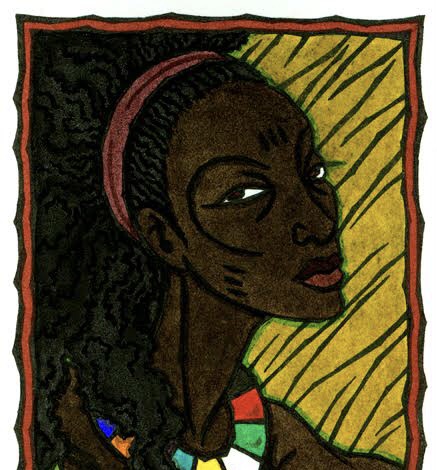 As he was about to shoot and kill the buffalo, it then turned into a beautiful woman who put on clothes and hid its skin inside the termites nest. The hunter was dumbfounded and waited until the woman left the spot.

He then came out of his hiding spot, took the skin and climbed a tree to lie in ambush. After a while, the woman came back and wanted to take the skin so that she could transform back into a buffalo, but she couldn’t find the skin where she left it.

The hunter then came out and asked her what she was looking for. She told him, and the hunter told her that he would tell her where to find it only if she would accept to be his wife.

In order to keep her identity a secret, she agreed to be his wife. When the hunter got home, he introduced her to his first wife without revealing her identity. From that day on, they lived happily, and she bore him 3 children.

Over the years, the first wife was curious about the identity of the second wife, and after some time she was able to convince the husband to tell her the secret, and he did. However, he begged her not to tell anyone about it, or he would die.

On a faithful day, the hunter went to the farm with one of our children and left the two wives and other children behind. A quarrel ensued between the two wives, and the first wife in anger told the second wife to keep eating and drinking that she knew her skin was inside the barn.

The second wife, upon hearing this, was greatly disturbed and felt that probably the entire village already knew her identity, and she then went into the barn, took the skin and turned into a Buffalo, along with her children.

They headed for the farm where the hunter was, and she killed him. The buffalo then told the hunter’s child that he and his generations would begin to worship her. She then left one of her horns as a sacred symbol. And this, according to the myth, is how the Yoruba people started worshiping Oya.