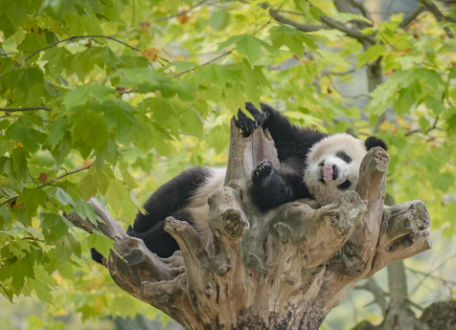 A giant panda is playing on a tree at the Shenshuping base of China Conservation and Research Centre for the Giant Panda in Wenchuan county, Aba Tibetan and Qiang autonomous prefecture, southwest China's Sichuan province, Oct. 3, 2021. (Photo by Liu Guoxing/People's Daily Online)

The State Council Information Office (SCIO) on Oct. 8 issued a white paper titled Biodiversity Conservation in China, three days before the 15th meeting of the Conference of the Parties to the U.N. Convention on Biological Diversity (COP15) kicked off in Kunming, southwest China's Yunnan province.

This is the first white paper published by the Chinese government on biodiversity conservation, said Chen Wenjun, director-general of the SCIO Press Bureau and spokesperson of the SCIO, at a press conference.

The white paper details China's policies, key initiatives, and achievements in biodiversity conservation, the country's efforts to practice multilateralism and enhance international biodiversity cooperation, as well as its global contribution in this regard, Chen noted.

As one of the first countries to ink and ratify the Convention on Biological Diversity (CBD), China has elevated biodiversity conservation to a national strategy and places a high priority on biodiversity protection. 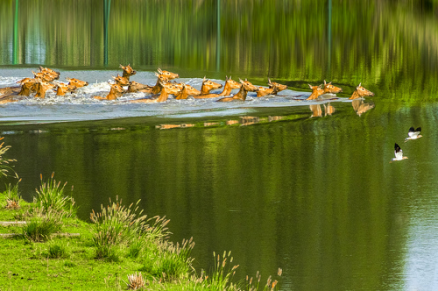 In recent years, the country has been setting up protected areas (PAs) and developing a PA system with focusing on national parks. So far, it has established close to 10,000 PAs of various sorts and at all levels, accounting for about 18 percent of its total land area.

Meanwhile, a number of eco-environmental conservation and restoration projects have been implemented. Between 2016 and 2020, the central government had invested 50 billion yuan in 25 pilot projects for the conservation and restoration of mountains, rivers, forests, farmland, lakes, grasslands, and deserts in the Qilian Mountains and the Helan Mountain, as well as in restoring around four million mu, or 2,667 square kilometers of abandoned coal mines in key river basins and regions, including the Yangtze River economic belt and the Yellow River basin.

Zhang Zhanhai, chief engineer and spokesperson of the Ministry of Natural Resources, introduced that this year, China has kicked off the first batch of 10 integrated projects for the conservation and restoration of mountains, rivers, forests, farmland, lakes, grasslands, and deserts, and 15 projects for the restoration of marine ecology, as planned in the 14th Five-Year Plan (2021-2025). 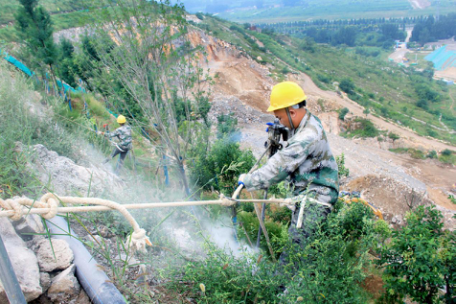 According to Zhao, China has recorded expectation-beating progress in three of the 20 goals and key progress in 13 others, .Phased achievements were made in four of them, he added.

At the COP15, participants are expected to discuss "post-2020 global biodiversity framework" and summarize the achievements and experiences in implementing biodiversity goals in the past 10 years.

"We should absorb the experiences we learned from implementing the Aichi Biodiversity Targets when making new strategic goals," said Zhao. He said the ambition and confidence in biodiversity conservation must be boosted, and the new goals for the next decade should be made both ambitious and practical, taking into consideration of their feasibility, operability, and the development gaps between different countries.

Zhao noted that the "post-2020 global biodiversity framework" should be fair, transparent, and driven by the contracting parties. The implementation mechanism and supporting conditions must be improved, and technology transfer and capability building enhanced so as to practically enhance the competence of developing countries in fulfilling these goals and work to make the global biodiversity governance system fairer, more reasonable, and win-win, he added.