Did The 4 Lions Just Get Scared Of One Hippo? See Video Of What Really Happened

By OlawaleSunkans (self meida writer) | 1 months

Lions are known to be the king of the jungle, due to their fierceness, fearless nature and strength. The lion as a pride can take down any animal no matter how huge it is. A lion on it own is respected by other animals, even hyenas do avoid getting on its bad side. It's known that a lion's roar heard miles away by a prey, will make the poor animal cower in fear. Though the lion is large and powerful, the bitter truth is that, it can't take on just every animal in its path. The truth is, the lion pride would even avoid attacking adult elephant because at the end, the meal wouldn't worth the injuries.

A lone lion knows better than to attack an adult buffalo, because if it did, it would surely end up in blood bath for both animals, each sustaining fatal injury. The lion is the king of the jungle, it should be able to take down any prey, believe me, that's just your thought. Now the question is, are we giving the lion more credit than it deserves?

Another animal the king of the jungle wouldn't like to face off is the hippo. Hippo are one of the most aggressive and deadliest animal in the wild. 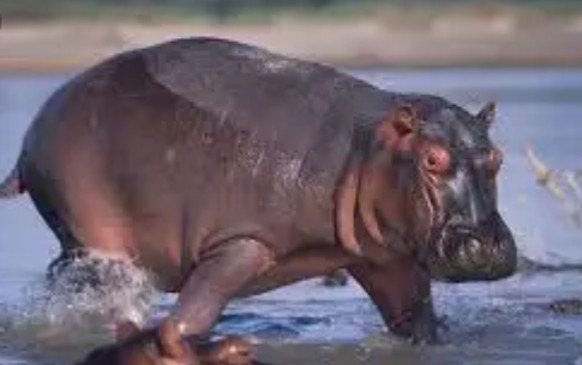 The hippopotamus is a large, mostly herbivorous, semi-aquatic mammal. Hippos inhabit rivers, lakes, and mangrove swamps. A lion pride wouldn't face off an hippo not to talk of a lone lion. Hippos are larger than lions, during an attack, they can open up their mouth up to 2 feet wide alongside large teeth to defend themself. And they are so hard to take down, i think this is why the lion pride avoid them all together. But the question is, should the king of the jungle be afraid of any animal? 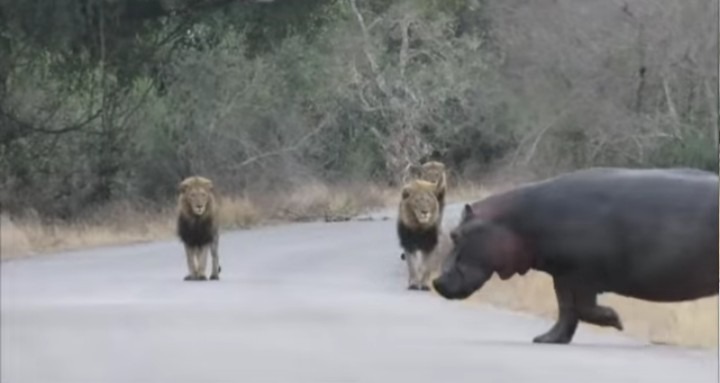 In a short video clip, 4 lions is seen taking a stroll on a paved road. But on seeing a hippo crossing the road to the other side they stopped on the track. And keep staring at the hippo till it's out of sight. So the big question is, are these 4 lion actually afraid to face off the hippo or it's just a different case? 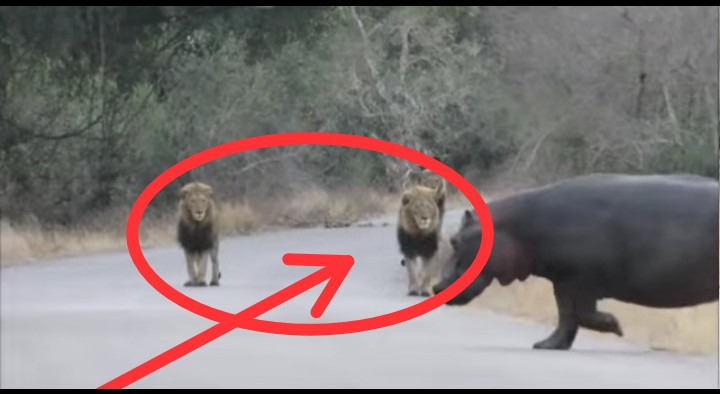 FICTION: I Was A Virgin Until I Was 37 Years Old

Lionel Messi Proved Himself As GOAT in Copa Dey Rey Final. See Why