By Overflowingpen (self media writer) | 17 days ago

Excited fans are known to run into football pitch to either have a handshake, embrace or take a picture with a player they love. Animals also so run into a football pitch, but not to celebrate a player but because they probably saw something that looks edible on the field.

Animals that mostly run into a football pitch are dogs, cats, birds and foxes.

Below are five incidents of animals seen in a football pitch.

1. On October, 2017, before the game in the Carabao Cup fourth round which was between Manchester City and Wolverhampton Wanderers at Etihad stadium in Manchester, England.

A Squirrel was spotted on the pitch and rescued by a groundsman.

2. During the Swiss Super League match between FC Thun and FC Zurich in Thun, Switzerland, on march 10, 2013. 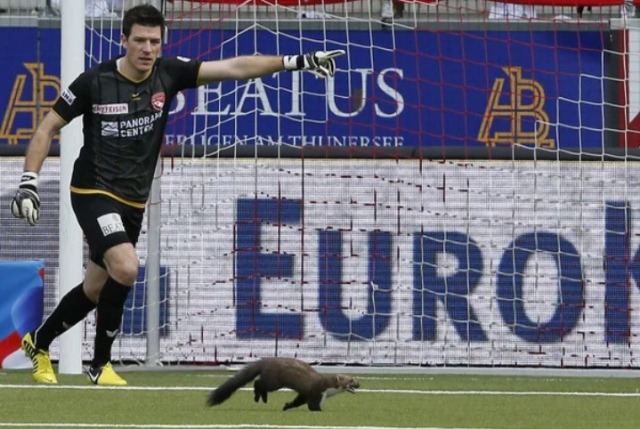 FC Thun's goalkeeper, Guillaume Faivre was spotted showing a marten that was running on the pitch the way out.

3. A magpie was spotted collecting painted grass from Fulham's pitch in South London on April 28, 2010. 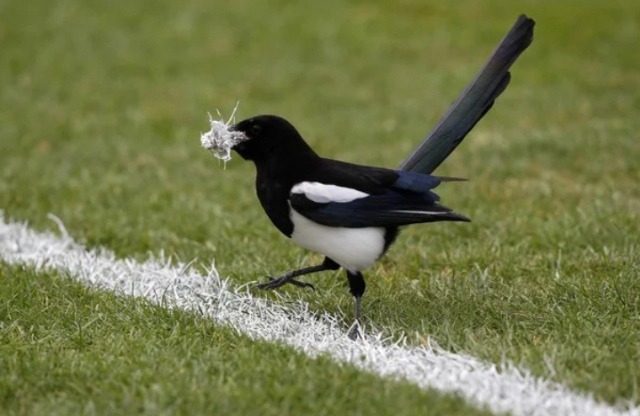 4. Former Leeds striker Habib Habibous was seen chasing a duck during a Belgian league match which was between Zulte Waregem and Lokoren. 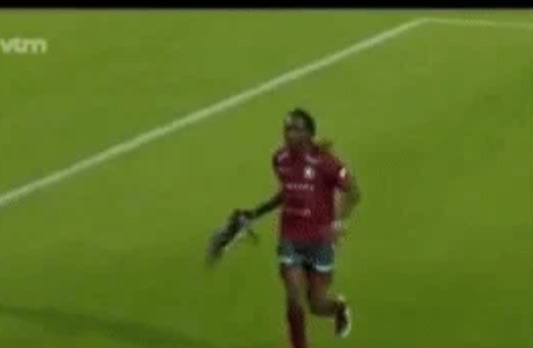 5. During the Euro 2008 qualifiers between Finland and Belgium, an eagle owl was seen in the field, and the home fans seemed excited about it as they could be heard chanting "Bubo, bubo" which means "Owl, owl." 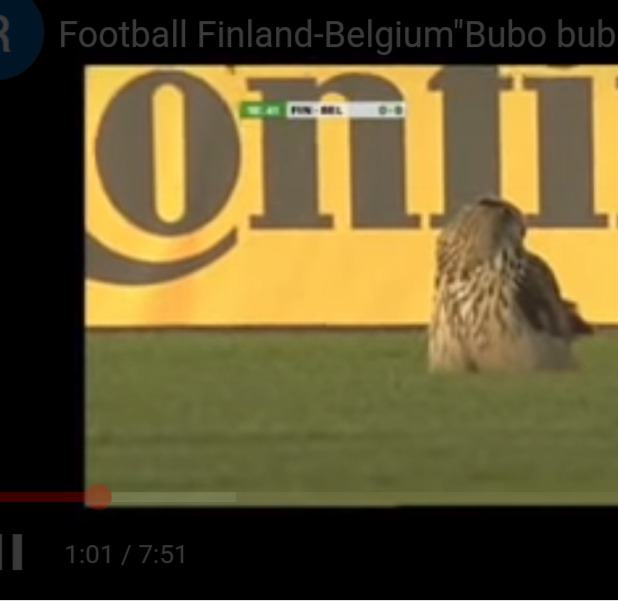