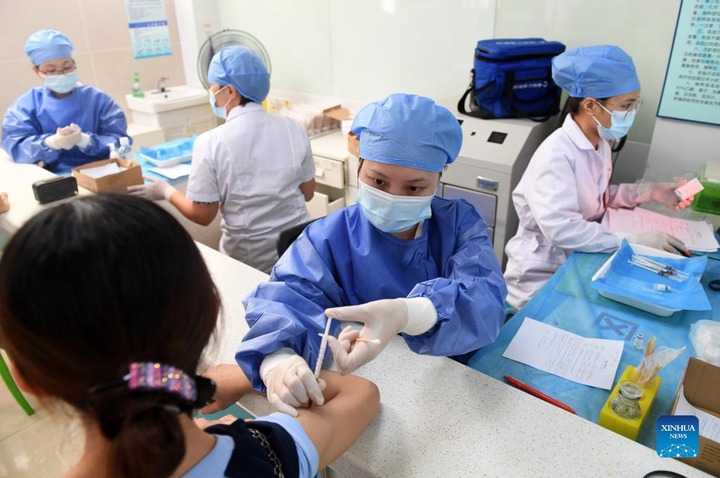 There’s nothing Washington can use to tarnish China in its politicized and intelligence community-led report on origin tracing of COVID-19.

However, U.S. politicians are still making arbitrary and irresponsible remarks to seek “presumption of guilt” against China, wrongly claiming that China “continues to hinder the global investigation, resist sharing information and blame other countries.”

Just like how Washington fabricated Iraqi possession of weapons of mass destruction years ago, the so-called origin tracing report is another example of the U.S. deceiving and misleading the international society.

It once again proved that what these U.S. politicians truly want is to discredit China with the lies they have fabricated, and cover up their failure in pandemic control and pass the buck to China under the disguise of origin tracing.

Since the outbreak of COVID-19, some U.S. politicians have spent huge time on political manipulation and blame game, rather than pandemic control and saving lives. They called the once-in-a-century pandemic a “big flu” and missed the window period, refused to launch restrictions on social activities, and even ended lockdowns in advance to cater to capital.

Besides, they deceived U.S. citizens with multiple approaches, such as information blockage, blocking and even blacklisting the experts who told the truth. They followed the “America first” principle and preached egoism in COVID-19 response, and arbitrarily defunded the WHO, withdrew from multiple organizations and hoarded anti-pandemic materials.

Politicizing the pandemic, the U.S. has laid down the powerful weapons of science and solidarity, and thus lost its bearings in the pandemic.

According to statistics from the Johns Hopkins University, the US has recorded over 39 million COVID-19 infections and 630,000 deaths. Both of the figures rank the first in the world.

To cover up their failure in pandemic control is what motivated the U.S. politicians to manipulate origin tracing. Over the past year, the U.S. has trapped in a weird cycle of “deterioration-alleviation-resurgence” regarding pandemic control. Recently, the vaccination process has become stagnant in the country, and there is also a serious resurgence in the daily numbers of new infections, deaths and hospitalizations.

An authoritative expert in public health from the U.S. admitted that the U.S. is failing to contain the Delta variant surge and is paying the “terrible price.”

The U.S. failure in pandemic control is a serious lesson. However, U.S. politicians are not learning from it. On the contrary, they are doing everything to blame and frame up other countries.

Which one is more important, the lives of Americans or the private interests of U.S. politicians, the lives of the people around the world or the geopolitical strategies of the U.S.? When will Washington stop labeling the virus and politicizing the origin tracing?

Manipulating origin tracing and ignoring science and facts, the U.S. believes it can cover up the truth by waving the big stick of hegemony. However, the opposing voices from the international society are only getting stronger. Even the U.S. public despises the ugly performance of U.S. politicians. In June this year, a former official of the U.S. Department of State revealed how Washington fabricated the “lab leak theory” in an open letter. The former official said, to tarnish the Wuhan Institute of Virology, U.S. politicians even exaggerated the institute’s budget for central air-conditioning by 1,000 times, so as to prove there’s something “unusual” about it. However, they only proved that it’s ridiculous to verify a lie with a lie.

Blame games are nothing different from ostrich mentality, and to discredit others is just like a wild goose chase. The U.S., owning the world’s most advanced medical technologies, has become a country with the highest numbers of infections and deaths, and the largest barrier hindering international cooperation on pandemic control and science-based origin tracing.

Origin tracing calls for equity, openness and transparency. U.S. politicians shall learn from their lessons, respect science and facts, and stop playing the blame game in the name of origin tracing. They had better return to the right track of cooperation and science-based origin tracing as early as possible.