Albinism is simply a genetic colour modification due to the absence of pigmentation in a person or animal which results in having white hair, feathers, skin, and pink eyes. While human albinos have master how to live with such conditions, it is extremely difficult for animals to survive being albino in their natural habitat. This is because their odd color makes them easy targets for predators and also difficult for them to find a pair for reproductive purposes . In this article, therefore, we will take a look at 10 beautiful albino animals you probably don't know to exist. 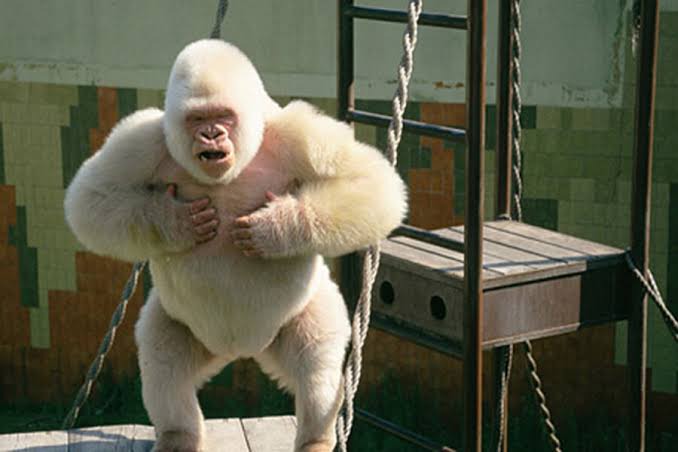 The one and only albino gorilla known to man is called 'Snowflake', which was kept at a Zoo in Spain, Barcelona from 1966 until his death. Throughout it 39 years lifetime, it attracted millions of visitors to Barcelona and became the most photographed animal in the world. 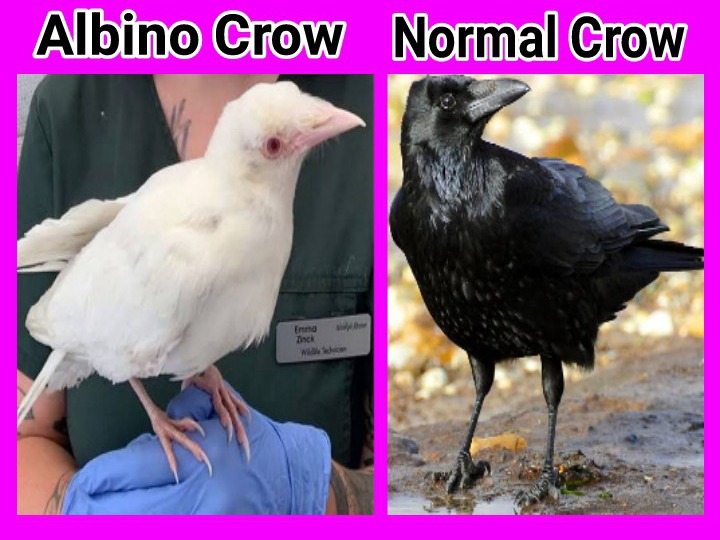 Albino crows look completely the opposite of their relatives because of their complete white colour. They are very rare species who are curious like their black brothers and sensitive to sunlight as a result of lack of pigmentation. One has been rescued sometimes back in Jharsugada city in India. 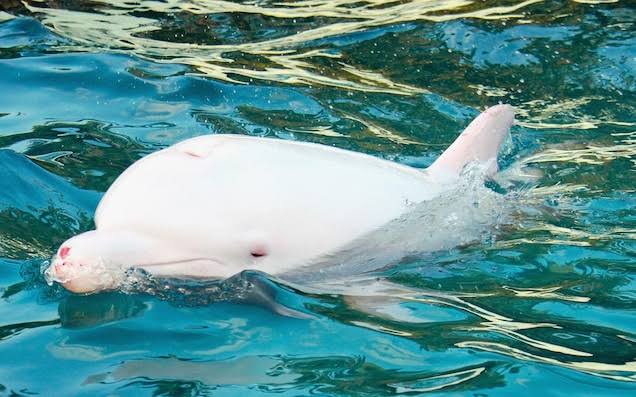 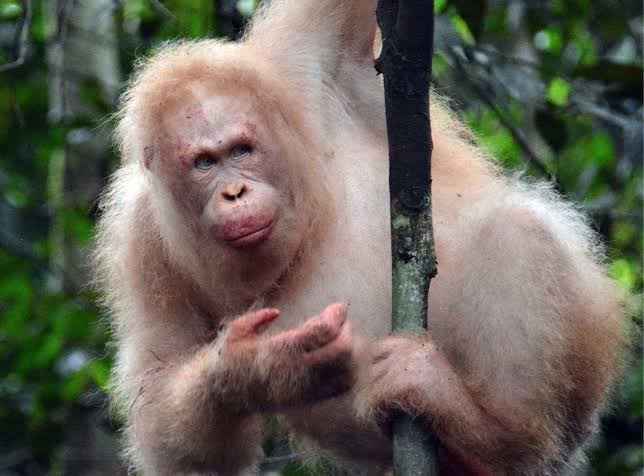 The world's only albino orangutan was spotted alive in the rainforests in the Indonesian part of the island of Borneo. The villages called it 'Alba' and it has completely white fur and blue eyes, raised in a cage as a pet. The animal guard later took the female orangutan in 2017 to the center of the orangutan on Borneo Island, before it was released to the wild. 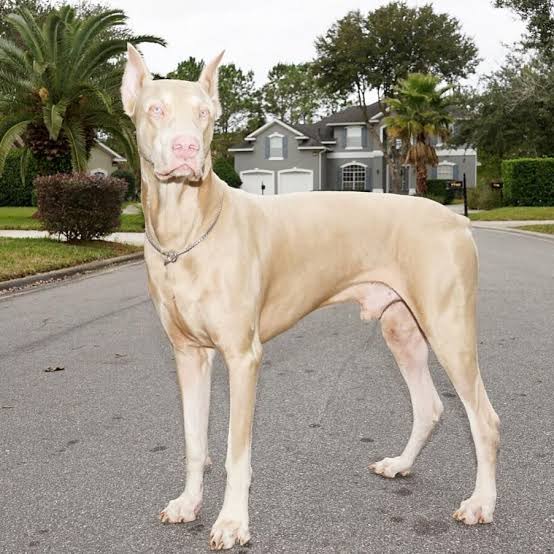 This is white dogs are widely considered to be a victim of mutation rather than full representatives of their breed. They have white fur, blue eyes, and pink nose. 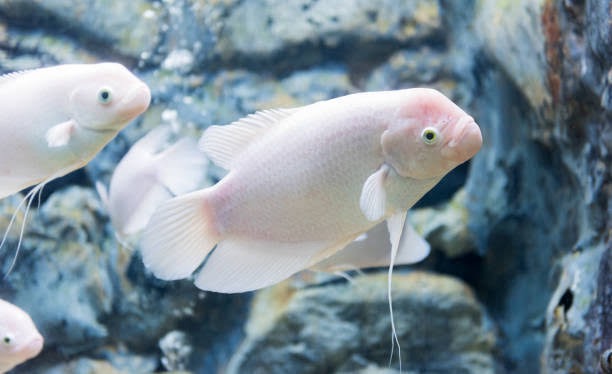 Albino gourami is a specific species of fish who's body does not produce pigmentation, resulting in their white colour. The fish also has impaired vision when exposed to bright light.

The world saw a two rate albino giraffe from Kenya in 2017, which was a mum and her calf. Unfortunately, the world's last female white giraffe and her calf were hunted and killed by poachers, living only one male species of this giraffe. 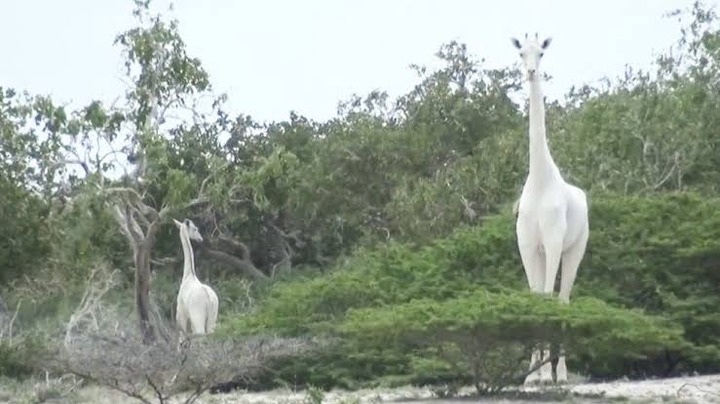 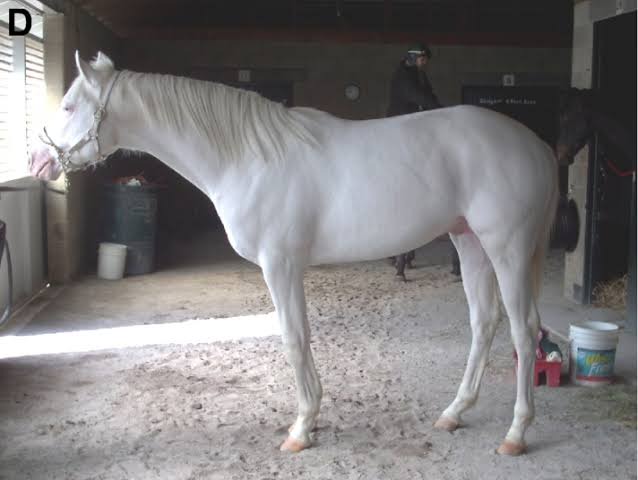 Most albino animals like mice and rabbits come with red eyes apart from their complete white fur, but the Albino horse comes with either Brown or light blue eyes and a completely white body without pigmentation on their skin. For this reason, many scientists believe that this horse happens to be just white but not albinos. These Arabian horses are mostly found in the northwestern side of Lake Isabella in Grizzlies West. Albino tigers look similar to white tigers, but one should not confuse them with white tigers which are both found in India. While white tigers have white fur and dark black stripes, albino tigers on the other hand have lighter fur and pink eyes. Scientists believe that the Albino tigers have passed on their genes to their offspring which could make finding a whole family of tigers with albinism possible. 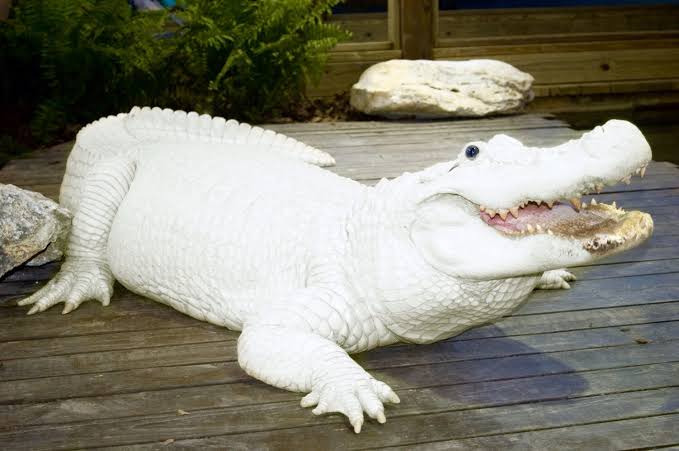 Alligators are dangerous reptiles that are generally found in US Waters. Albino alligators, however, are extremely very rare with only 20 cases of them recorded worldwide. But their beautiful white skin does more harm to them than good by making them easy spots for other predators which makes them have a lesser chance of surviving long in the wild. Perhaps, the most famous of the albino alligator has been given the name 'White Diamond' which is contained in the Serengeti national park in Germany. 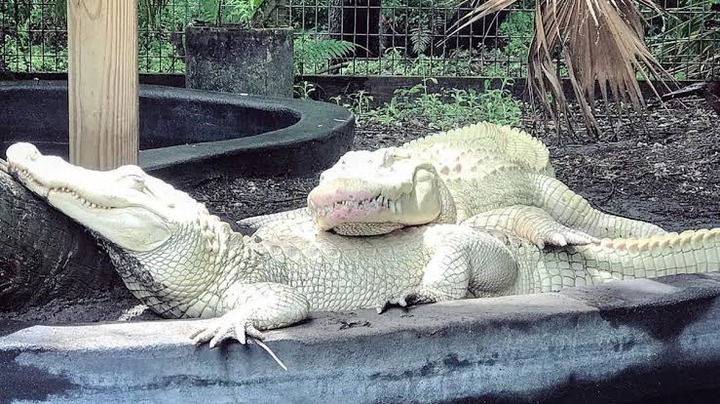 Which of these animals have you seen before and which ones are you seeing for the first time? Let us know in the comments.