The River Niger: A Wonder of Creation

By FrankChukwu (self media writer) | 13 days ago

The popular River Niger is sourced from Guinea Highlands, about 240km away from the Atlantic Ocean. The river runs steadily for over 400km across different West African countries of Guinea, Mali, Niger, Benin and Nigeria where it discharges into the Atlantic Ocean. 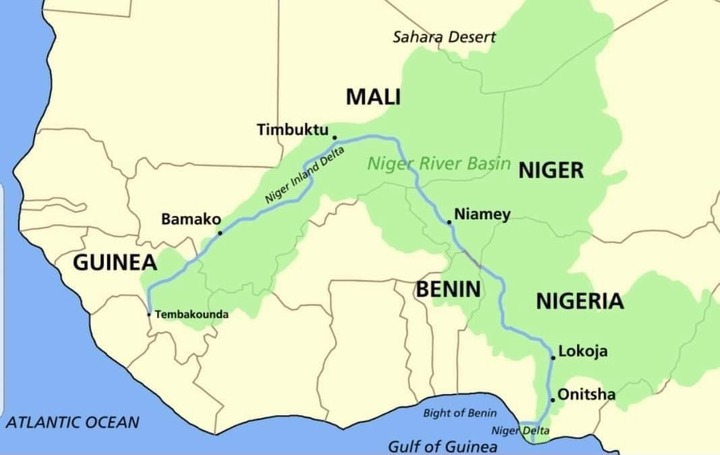 The point of the major tributary of the River Niger is formed at Lokoja in Kogi state, commonly known as the confluence point. The Niger River continues onwards to the Atlantic Ocean but before it gets to the right side of the Ocean, it forms a massive delta called the ‘Niger delta’ before discharging into the Atlantic Ocean.

Why is the River a great wonder?

If you take an in-depth study of the map of Africa, you would notice that it was better for the River to move southwards and wash off into the Atlantic Ocean through Guinea or Sierra Leone. However, the river took the most unusual route of any major river, a boomerang shape that baffled topographers for two centuries. It’s source (Tembakounda in Guinea), is just 240km inland from the Atlantic Ocean, but the river runs towards the north, directly away from the sea into the Sahara desert, then takes a sharp right turn near the ancient city of Timbuktu, in Mali, and then moves down the cliff towards Niamey in Niger and heads southeast Nigeria to the Gulf of Guinea. 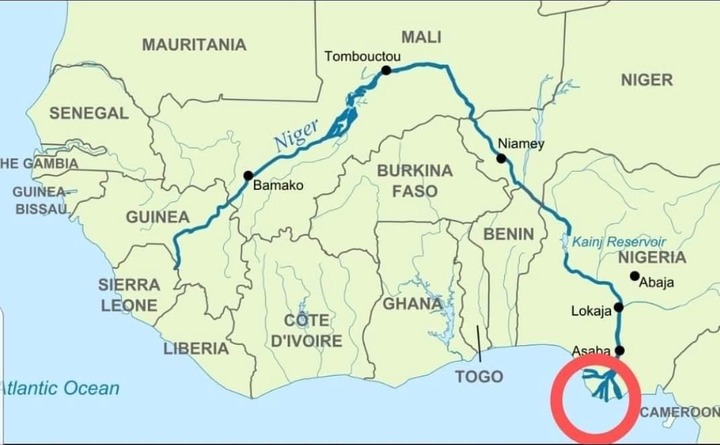 The noticeable black dots in the picture map are major cities and approximate points where bridges crosses the river to opposite towns and cities.

In the case of Nigeria, there is one at Lokoja and another at Onitsha/Asaba , then Otuoku, at the intersection of rivers close to Delta and Bayelsa States. Immediately after the intersection, it formed a Y shape tributary, one towards Patani and another towards Yenogoa. After this, the tributaries became quite extensive and formed a massive Delta of mash and wetlands spreading into deep Bayelsa.