Youths, Hunters Stop Herdsmen Migrating From the South to Enter their Communities

Youths and local hunters in Ojoku and Offa communities of Oyun and Offa Local Government Areas of Kwara State on Thursday prevented some herdsmen migrating from the southern part of the country from entering their communities. 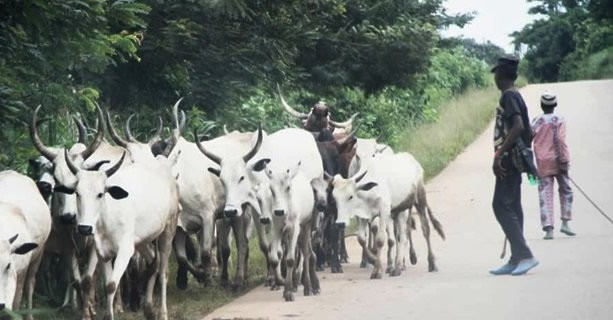 The herdsmen with thousands of cows apparently migrated out of the South as a result of the ban on open grazing by Governors of the region.

The Governors had after their meeting in Asaba, the Delta State capital unanimously resolved to ban open grazing and the movement of cattle by foot in the region.

They alleged that the influx of foreign herdsmen into the South was exacerbating the insecurity in the region.

Following the ban, hundreds of herdsmen have reportedly migrated to nearby Northern States of Kwara and Kogi.

Another group passing through Ajase-Ipo was equally accosted by youths and escorted out of the town by security operatives.

Confirming the incident, the Public Relations officer of the Nigeria Security and Civil Defence Corps (NSCDC), Kwara State Command, Babawale Afolabi, said save for the intervention of operatives of the command, the situation would have degenerated into a crisis.

He disclosed that all youths in Ojoku, Igbawere and local hunters escorted the herdsmen to ensure they reached their destination.

Were the youths right to have done this?