7 Animals Who Are The Tallest Or Largest Of Their Kind

By TweakMaster (self media writer) | 26 days ago

Just like humans vary in height, weight, colour, so do different species of animals. Some of these animals can even be twice heavier than their average species and when they are compared to an average human, they quite are terrifying. From a large goat that weighs up to 181 kg to a giant cat that reaches a length of 120 cm, here are 7 animals who are the tallest or heaviest of their kind. 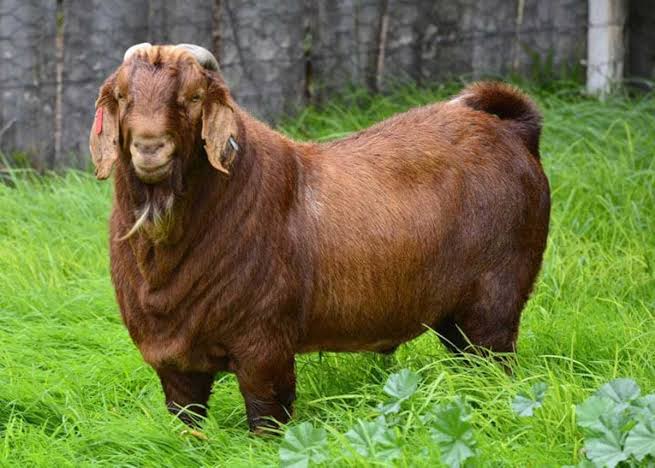 Goats are popular domestic animals that underwent several ages of breathing to come in different shapes and sizes. An average goat has a height of 76 cm, 99 cm in length and can weigh between 19 to 100 kg, but the largest goat ever recorded was called Mostyn Moorcock from Hertfordshire, England. The goat has an incredible height of 111.7 cm, an overall length of 167.6 cm, and weighs about 181 kg. 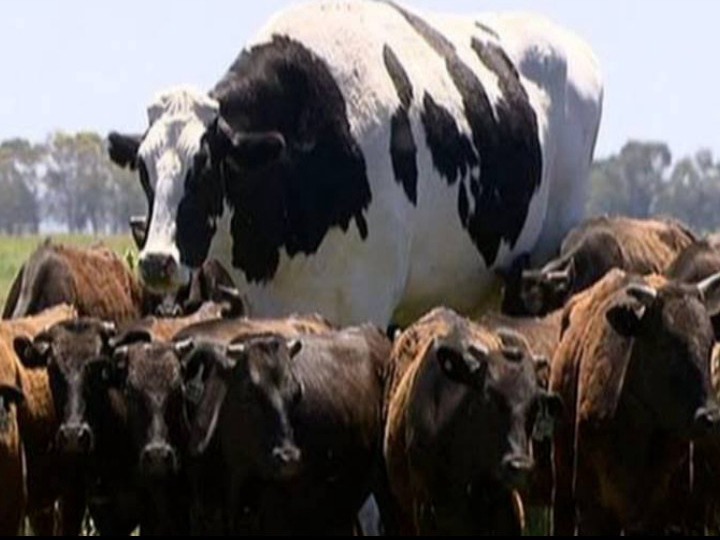 Being some of the most popular life forms on the planet, cows are in different species with each species having its average height and weight.

But after years of crossbreeding the giant species of cow created are the Knickers, and the giant of this breed ever recorded was named Blossom from Queensland, Australia.

Blossom stands at 6 foot 2.8 to make the Guinness World record for the largest cow ever, although it sadly died in 2015 at only 13 years old. 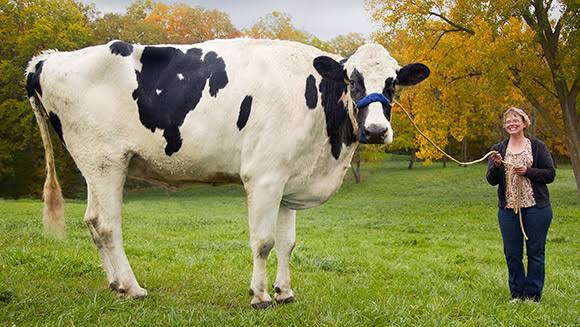 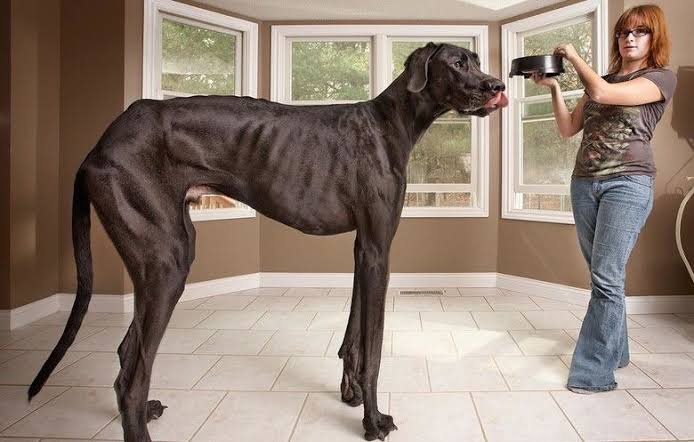 The tallest dog humanity has ever seen is a dog from Michigan called 'Freddy the Great Dane' who broke the Guinness World record in 2016 with an outstanding height of 7 feet 5.5 inches tall on his hind legs. 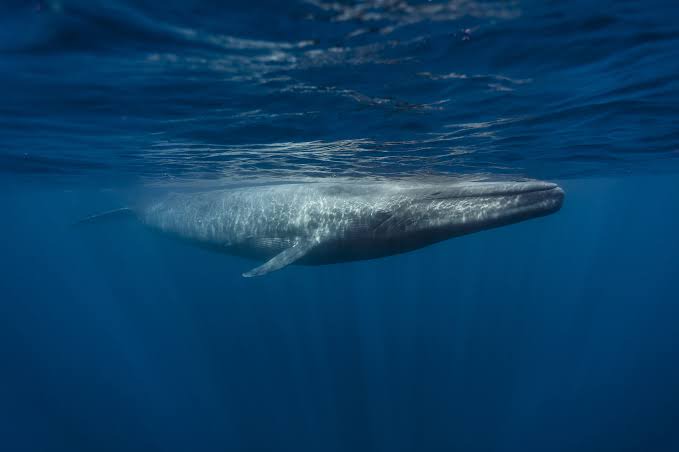 Presently, blue whales are the largest animals on earth with an average adult weighing around 145 tones which is equivalent to the size of 25 male African elephants.

However, the largest blue whale ever recorded was a female blue whale with a length of 33 meters and weighs 130 tonnes which is equivalent to the weight of 30 African elephants or 2,500 people. But she was sadly hunted and killed in 1947. 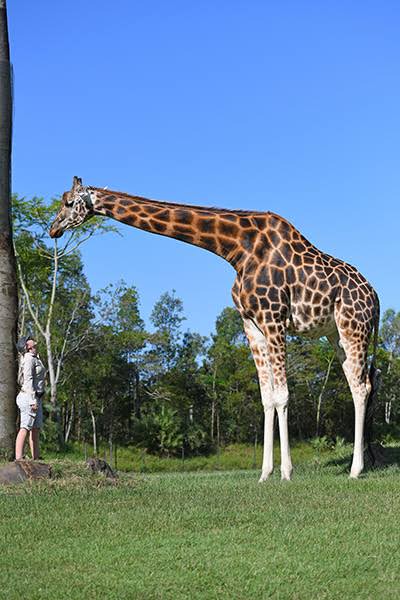 Being the world's tallest land animal, an average giraffe can reach a height of up to 5.5 m, but the tallest of its kind ever recorded was a massai giraffe called George, with a whopping height of 5.8 m. The giraffe was originally born in Kenya before it was moved to Chester zoo in England when it was only 18 months old. 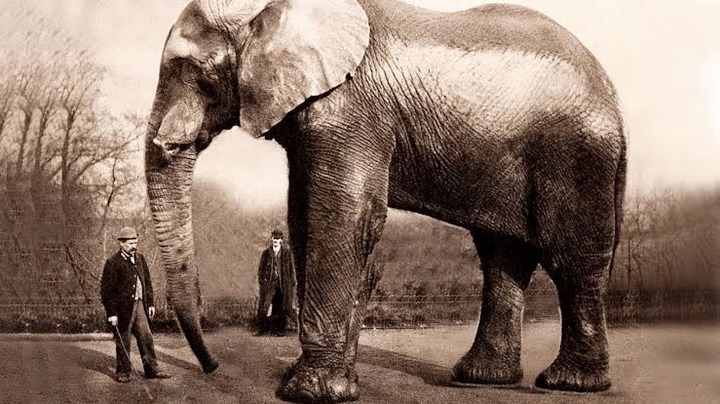 The largest species of elephant in the world are the African bush elephants which can reach a height of 9 ft and weighs up to 9 tonnes, also regarded as the largest living land animal on Earth.

However, the largest African bush elephant mankind has ever seen was found in Angola which recorded a whopping 13 feet high and weighs more than 11 tonnes. 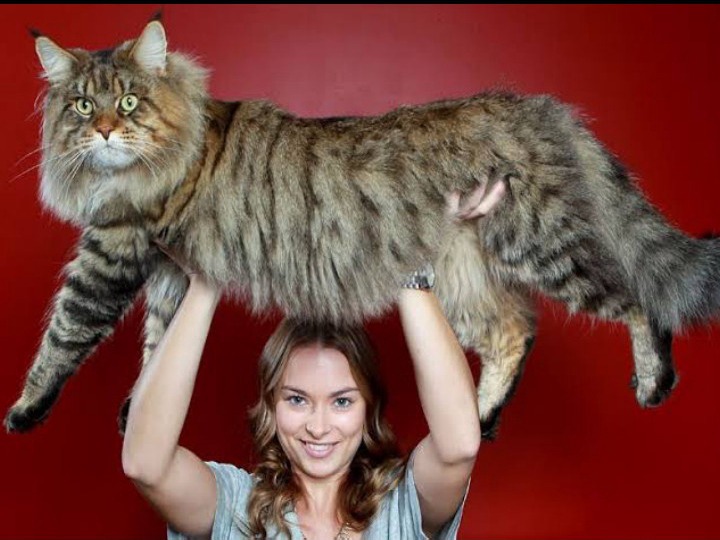 While the average length of a domestic cat is 46 cm long excluding its tail, a Maine Coon cat named Barivel, belonging to an Italian woman from Vigevano broke the record for being the largest of its kind with a whooping length of 120 cm long. Guinness Book of World record verifies this on the 22nd of May 2018.

Which of the aforementioned animals are you just finding out for the first time and which one fascinates you the most?