Opinion: Open Grazing Site Might Cause Issues Between Southwest Govs And Their People

By AnointedInk (self media writer) | 5 months ago

According to report reaching us from a reliable source, Yoruba Nation agitators and other self-determination activists have threatened to stage "never-seen-before mass actions" in any Southwest state that authorizes grazing reserves. The secessionist group, which operates under the banner of the Nigerian Indigenous Nationalities Alliance for Self-Determination, released a statement on Friday titled “Governors in the Southern Region that welcome FG’s Grazing Reserves should prepare for a never-seen-before mass action”. 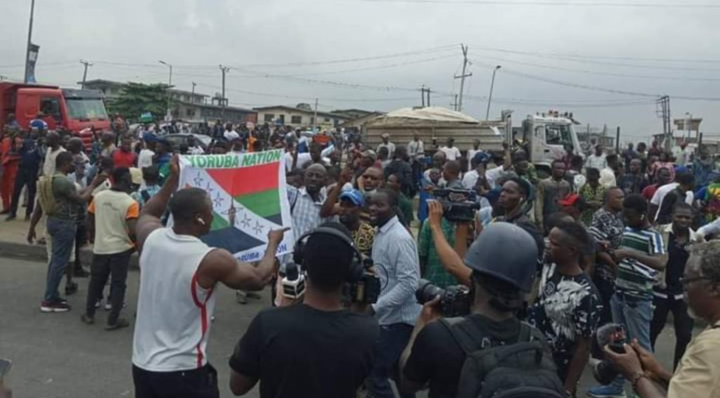 Governors in the region should be on the lookout, according to the group, which is chaired by Prof Banji Akintoye and has Tony Nnadi as Secretary-General. He said “a never-before-seen mass revolt of the people should any of them cede an inch of their ancestral land to the central government for Fulani herdsmen grazing reserves”.

Recall that the federal government has issued a new order to assess and dispatch 368 grazing sites across 25 states. The same reasons that caused several governors to disagree with his views previously, the same issue has made a lot of southwest indigenes disagree with his decision because of how the Fulani herdsmen are wreaking havoc in people's farmland.

The fundamental idea is that the federal government should stop setting up open grazing sites in 25 states across the country. The reason for this is that it could produce major problems between the governors of the Southwest and their constituents. The people have declared unequivocally that they do not support it, and several governors continue to oppose it in their regions. However, if the federal government imposes open grazing site by force, it may produce misunderstandings between the southwest governors and their people, as well as problems between the people of the southwest and the Fulani herders.