By Defreed (self meida writer) | 1 months 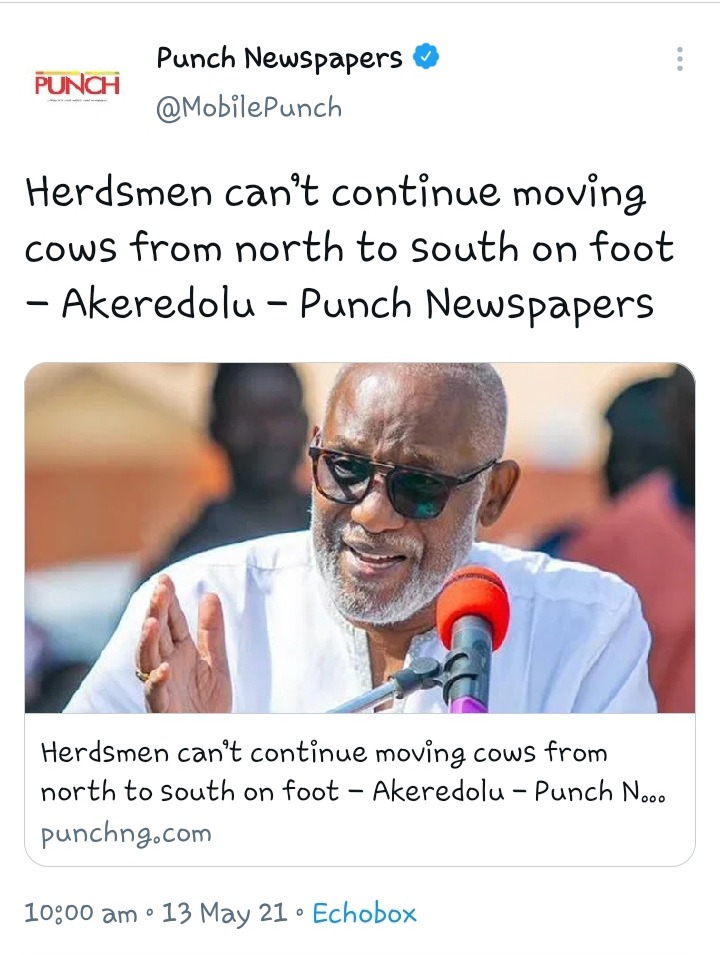 Governor Rotimi who presided over the Asaba meeting of the southern governors on Wednesday, during an interview with Channels Television’s breakfast program, Sunrise Daily, said the decision was not a new one. According to Rotimi, he noted by saying; “It is not an entirely new issue; most of the southern governors have placed a ban on open grazing in their states before the meeting was held. Most of the states have passed laws on open grazing. Virtually all of us have passed that law before now.

“We felt that this open grazing must come to an end. It has been causing a lot of problems especially between the herders and the farmers. Be it we like it or not, times have changed and this must change as well. We must adopt a modern system of animal husbandry," he noted.

Rotimi speaking explained further that, “In this day and age, they cannot continue taking cows by foot from Kano to Port Harcourt." The Federal Government had got to throw its weight behind state governments that want to set up ranches, expanding that, "this would benefit the herdsmen who were opened to dangers as they roamed with their cattle."

Governor Rotimi added that “At the meeting, we quoted what Governor (Abdullahi) Ganduje said. It was also very clear that he is also against open grazing. He said it does not augur well and the herders also do not benefit from it as well. There is no improvement, they are as well exposed to dangers.”