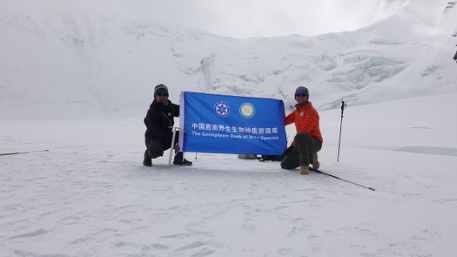 Located in the suburbs of Kunming, capital city of southwest China’s Yunnan province, the Germplasm Bank of Wild Species in Southwest China is the only national preservation facility for the storage of wildlife germplasm resources in China, as well as one of two such facilities in the world built to meet international standards.

In recent years, researchers there have made active efforts to collect and store plant seeds. Statistics indicate that the bank has preserved 85,046 samples of seeds of 10,601 species, accounting for 36 percent of the total number of flowering plant species found in China since it started operations. 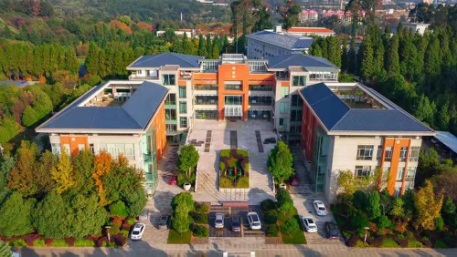 In June 2021, the seed bank, together with the forestry and grassland bureau of Honghe Hani and Yi autonomous prefecture in Yunnan, carried out an investigation and survey of germplasm resources at sinkholes in the prefecture’s Mengzi city.

To collect and preserve the valuable seed resources, the researchers had no choice but to cross mountains and rivers to look for the plants, requiring accurate timing to acquire seeds suitable for depositing in a seed bank. A complete seed sample contains at least 2,500 seeds, and it is ideal if there are at least 10,000 seeds in all. Moreover, no more than 20 percent of the seeds produced by any individual plants should be collected in order to make sure that the research activities have a limited impact on local seed communities.

Seeds from rare, endangered and special plants as well as those plants having a high economic and ecological value, not to mention having an important value for scientific research, will be the first ones to be stored. The storing process, starting from transportation of the seeds to final cryopreservation and involving several procedures such as weighing, drying and cleaning of the seeds, also follows a complete set of standards, and all relevant data have to be uploaded into the database in a proper and timely way.

“We test the status of the seeds every five to 10 years to make sure they are still full of vitality,” said Cai Jie, head of the preservation department at the seed bank, who disclosed that most of the seeds can be preserved for a period of several decades or even more than 1,000 years when the temperature is kept at minus 20 degrees Celsius. 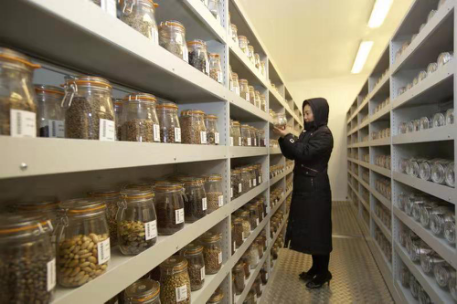 “The storage of the plant seeds guarantees the security of China’s wildlife germplasm resources, especially endemic, rare and engendered species, as well as those having important economic, ecological value, making rapid and efficient research and utilization of wildlife germplasm resources a reality,” said Yu Fuqiang, deputy head of the Germplasm Bank of Wild Species in Southwest China.

According to Yu, the germplasm bank has conducted studies on evolution of plants, the plants’ adaptation to the environment and protection and utilization of wildlife germplasm resources from the perspective of genomics and molecular biology. It also looked for plant genetic resources under special circumstances and explored innovative technologies in preservation and utilization of wildlife germplasm resources, Yu introduced.

In 2017, a platform for sharing germplasm of important wild plants built under the support of the Germplasm Bank of Wild Species in Southwest China was approved by the Ministry of Science and Technology and the Ministry of Finance as one of the 28 national platforms for the sharing of technological resources. Two years later, the name of the platform was changed into “the National Wild Plant Germplasm Resource Center,” with the center becoming one of the 30 national germplasm and experimental material pools in China.

“To share germplasm of wild species is also an important direction of our job,” said Cai, who introduced that through relevant websites, the Germplasm Bank of Wild Species in Southwest China has realized sharing of basic botanical information, information regarding storage of resources, and status of storage, as well as sharing of germplasm resources.