Spider bite: symptoms, what to do and how to know if it is poisonous

Spider bites are relatively frequent accidents, but they can cause a lot of stress, especially when there is a suspicion that the spider may be poisonous.

In cases of bites caused by common and non-poisonous spiders, symptoms usually include:

Most of the time, the spider bite is only identified a few hours after it happens, as it may not cause any discomfort. 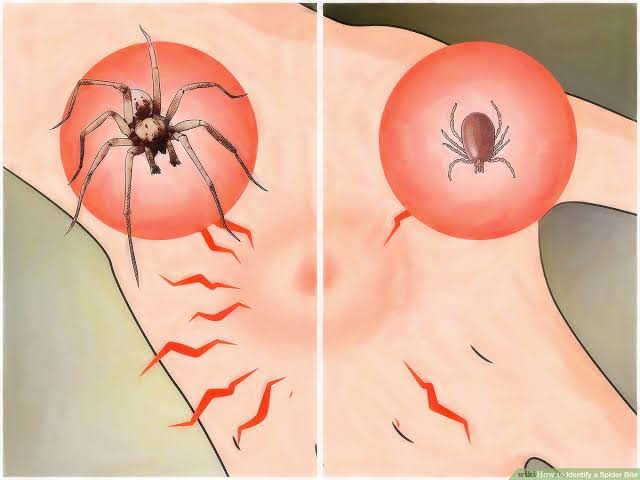 In the case of poisonous spiders, symptoms tend to be more intense and include other more serious signs such as blisters on the skin, sweat, difficulty breathing, fever, nausea or vomiting, for example.

What to do after the bite

What to do, if bitten by a spider, consists of:

If there is a suspicion of a bite by a poisonous spider, one should also go to the hospital immediately to start the appropriate treatment.

How to identify a poisonous spider

There are three main species of poisonous spiders: 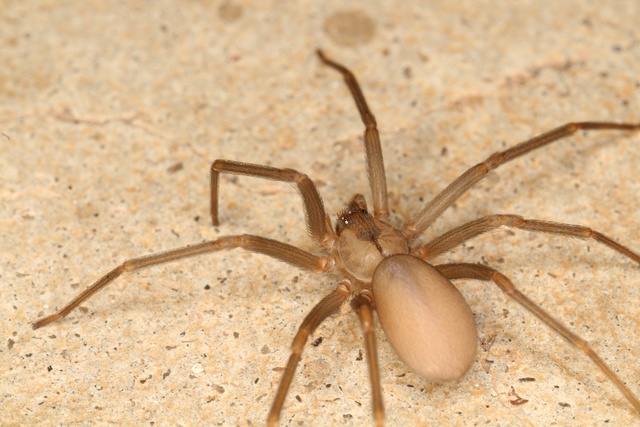 The brown spider is a small type of spider that can reach 3 cm in length and its body is grayish brown in color.

Where are they: they are more active at night and, therefore, during the day they hide in dark places like roots, bark of trees, behind furniture, in garages, abandoned boxes or bricks, for example.

Symptoms of the bite: initially the spider bite is not felt, but until 24 hours there is a pain that increases, redness, blisters and swelling in the region of the bite and it can also happen that the person feels fever, malaise and vomiting. After 5 days it is common to have a black cone on the falling skin, 2 to 3 weeks later, causing a wound that must be treated in the hospital.

Special care: the region must always be dry and avoid physical activity, as it can help to spread the poison throughout the body.

Treatment should be done at the hospital with the injection of serum into the brown spider venom. In some cases, especially when more than 24 hours have passed, the doctor may not advise the use of the serum because its effect may not outweigh the risks.

In addition, the cone caused by the spider bite must be removed through surgery to facilitate healing and treatments on site must be done by a nurse at the hospital. In the most severe cases, where the bite affected a very large region, it may still be necessary to perform site repair surgery. 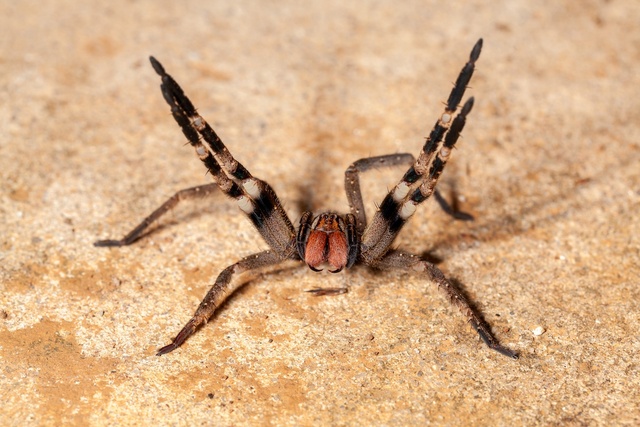 The spider spider is usually a large spider with a 4 cm body, but it can reach 15 cm in length with its legs. His body is grayish brown or yellowish. This type of spider is known to adopt a defensive position that consists of resting on the last 2 pairs of legs, lifting the head and legs from the front. They can also jump up to 40 cm away.

Where are they: they can be found in dark and humid places like bark, fallen logs, banana trees, inside shoes, behind furniture or curtains, for example.

Symptoms of the bite: severe pain arises right after the bite, accompanied by marks, swelling and redness at the site of the bite. In addition, there may be an increase in heartbeat, excessive sweating, vomiting, diarrhea, agitation and increased blood pressure.

Treatment should be done at the hospital with the injection of anesthetics at the bite site to help reduce the pain that ends up disappearing within 3 hours after the accident. Only in cases of more severe symptoms, such as decreased heartbeat or shortness of breath, is it necessary to undergo serum treatment for this spider's venom. 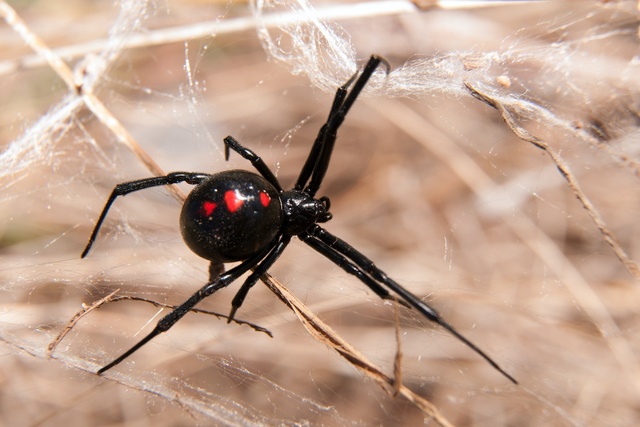 This type of spider is more common along the region with the sea, especially close to abandoned beaches, but bites can happen all at any region, as the black widow is distributed in tropical and temperate regions.

The black widow is a small type of spider, about 2 cm, with long, thin legs, as well as a black body with a spot on the belly, usually red. Although this spider does not attack, it can sting when pressed against the body.

Where are they : they remain in humid and dark places and, therefore, can be in places such as shrubs, tires, empty cans, shoes and lawns, for example.

Symptoms of the bite : they start with a sharp pain at the bite site, as if they have a pin biting, and after 15 minutes the pain turns into a burning sensation that worsens for 48 hours. Symptoms such as nausea, vomiting, muscle pain and increased body temperature are also common.

Treatment should be started in the hospital as soon as possible with the injection of specific serum for the spider's poison. Symptoms usually improve up to 3 hours after starting treatment, but the patient should be hospitalized for 24 hours to see if symptoms recur.

Knowing what to do in these types of situations is important to save a life. So, learn what to do in case of stinging by other animals like snake or bee.

How to avoid spider bites

To prevent a person from being bitten by a spider, it is important to keep the house and the wildlands clean, as it is in dirty and humid places that these animals reproduce and live. The accumulation of rubble and building materials also favors proliferation and, consequently, a person who works and lives close to these places is more likely to be bitten by spiders and even scorpions, so one should avoid letting these products accumulate.

In addition, people who live in places with infestation of these animals should always shake their clothes before dressing and it is also necessary to tap shoes and boots before putting them on, as this prevents bites from occurring.