By Tideakin (self meida writer) | 16 days 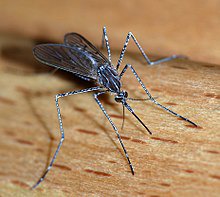 Not all mosquitoes transmit diseases, but they can all be a nuisance. There are many different species of mosquitoes with different preferences for climate and breeding territory. Typically, mosquitoes lay their eggs in standing water. Mosquito larvae hatch from the eggs and remain in the water, feeding on tiny organisms. Once they mature, adult mosquitoes leave the water to breed.

1.The word "mosquito" (formed by mosca and diminutive -ito) is Spanish and Portuguese for "little fly"

2.Only adult females bite and of most species have tube-like mouthparts (called a proboscis) that can pierce the skin of a host and feed on blood, which contains protein and iron needed to produce eggs.

3. Apart from humans,thousands of mosquito species feed on the blood of various hosts ⁠— vertebrates, including mammals, birds, reptiles, amphibians, and some fish; along with some invertebrates, primarily other arthropods.

4. Apart from bloodsucking, the females generally also drink assorted fluids rich in dissolved sugar, such as nectar and honeydew, to obtain the energy they need

5. Male mosquitoes are not bloodsuckers; they only drink sugary fluids.

6. Among humans, the feeding preferences of mosquitoes typically include: those with type O blood, heavy breathers, an abundance of skin bacteria, high body heat, and pregnant women.

7. Most mosquito species are crepuscular(animal is one that is active primarily during the twilight period feeders). During the heat of the day, most mosquitoes rest in a cool place and wait for the evenings, although they may still bite if disturbed.

8. Eat more of beans and tomatoes which are all rich in thiamine, also known as vitamin B1. This vitamin has been thought of as a natural mosquito repellent because once it’s excreted by the skin, it helps to mask the natural human odors that are attractive to insects

9. The peoples of Siberia have origin myths surrounding the mosquito. One Ostiak myth tells of a man-eating giant, Punegusse, who is killed by a hero but will not stay dead. The hero eventually burns the giant, but the ashes of the fire become mosquitos that continue to plague mankind.

10. The mosquito bite allergies are informally classified as follows;

Chelsea midfielders on loan that can replace Mason Mount next season

Today's Headline: Sunday Igboho Warns Buhari, We Are Not Involved In Any Shady Deal – ICTSI

CICPE: a new bridge for global brands to enter the Chinese market