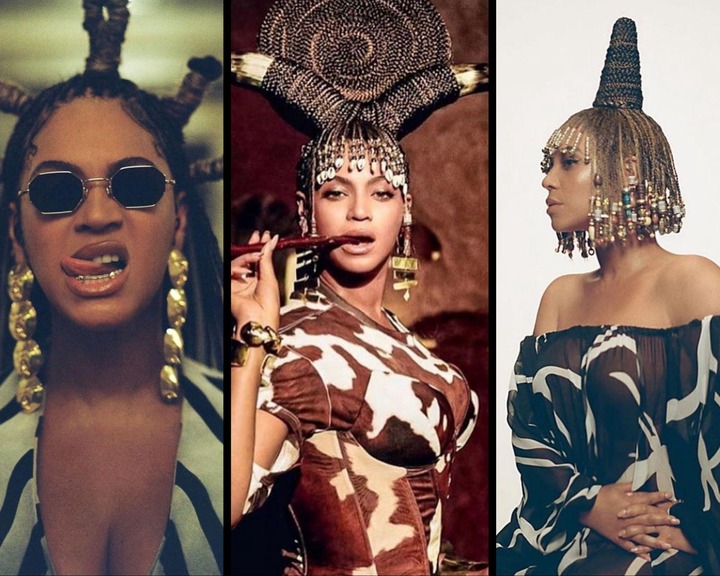 One of the many reasons Beyonce is regarded as a 'Queen' amongst her peers is because of her creativity outside of music.

The mother-of-three has always held her audiences spell-bound when it comes to her performances, but leaves them even more, jaw-dropped, with her breath-taking hairstyles.

Her recently released project, Black Is King film is an ode to the diversity and power within the African diaspora and Black community at large.

Queen Bey as she's fondly called, displayed a number of head-turning hairs, with each scene offering a distinct style crafted by her longtime hairstylist, Neal Farinah -- the Trinidadian stylist who has worked with the star on five world tours. 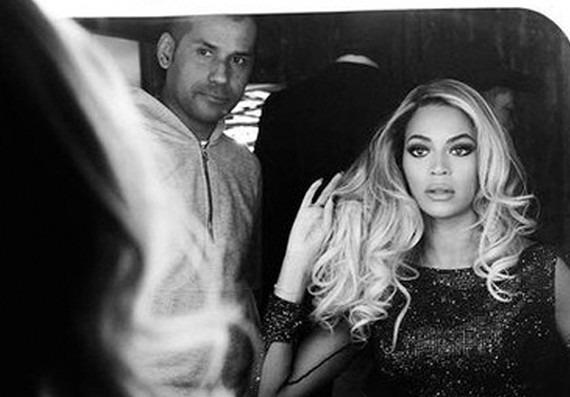 Beyonce is clearly fond of traditional African hairstyles, and she proved that in the 'Black Is King' flick which she released July 31st.

According to Farinah who spoke with Vogue, Beyonce made it known to him she has always wanted to do traditional African hairstyles for so long

Farinah has been sharing background information with her Instagram followers, showcasing historical references alongside the Black Is King version.

1. Horned head and lip plates worn by the Dinka and Mursi Tribes were signs of Presige & Honor 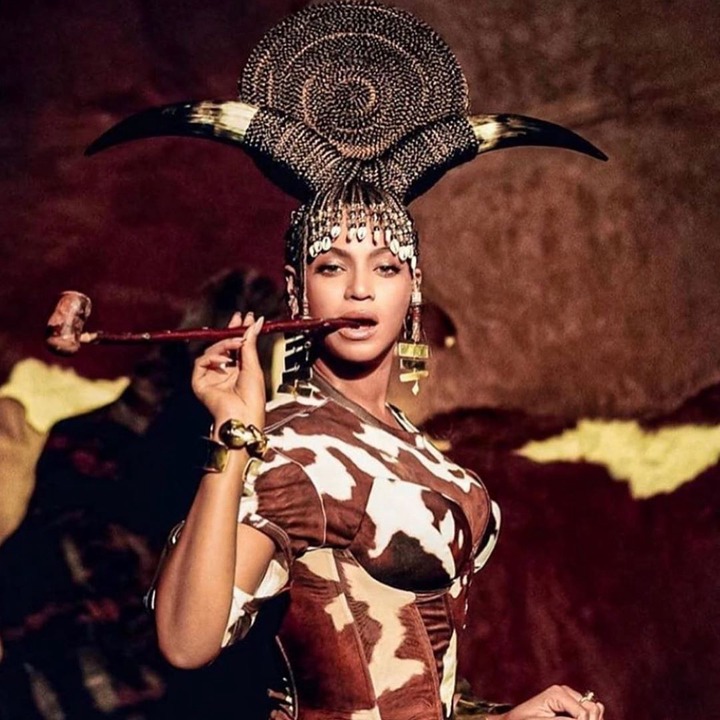 With every style, Farinah and Beyoncé sought to offer insight into African culture. Horned heads and lip plates worn by Beyoncé were inspired by the Dinka and Mursi tribes, who wear them as symbols of prestige and honor. 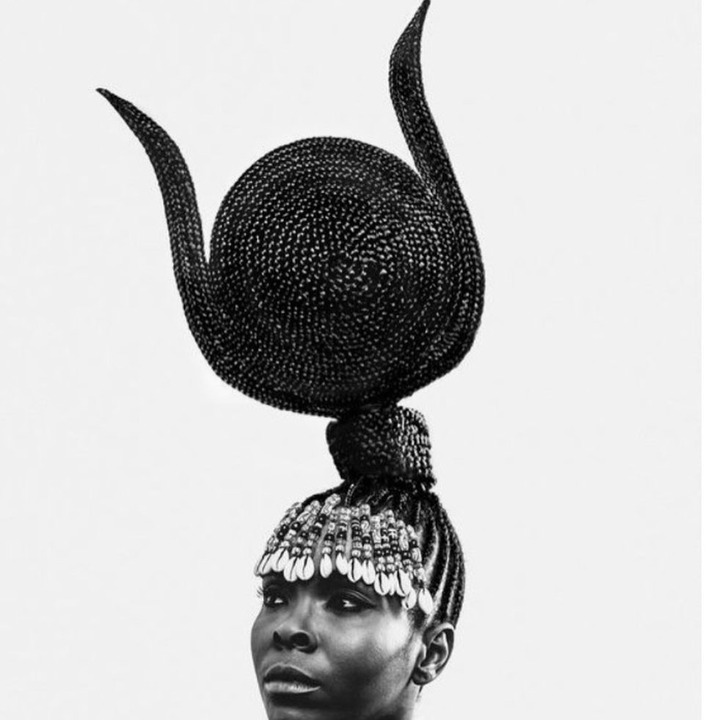 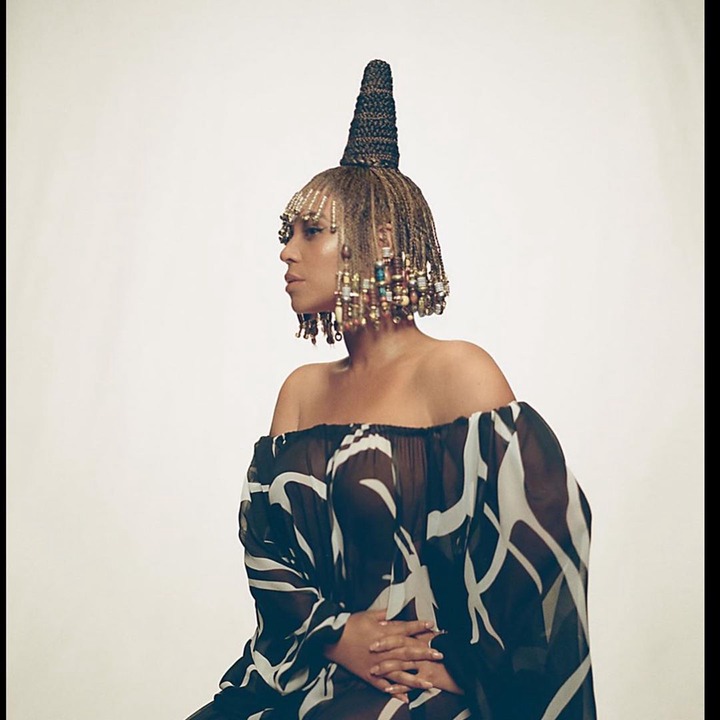 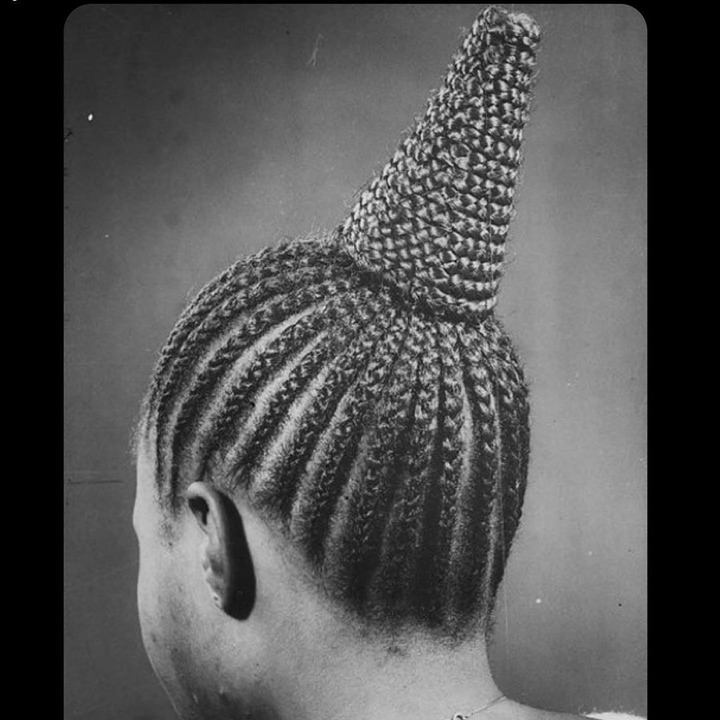 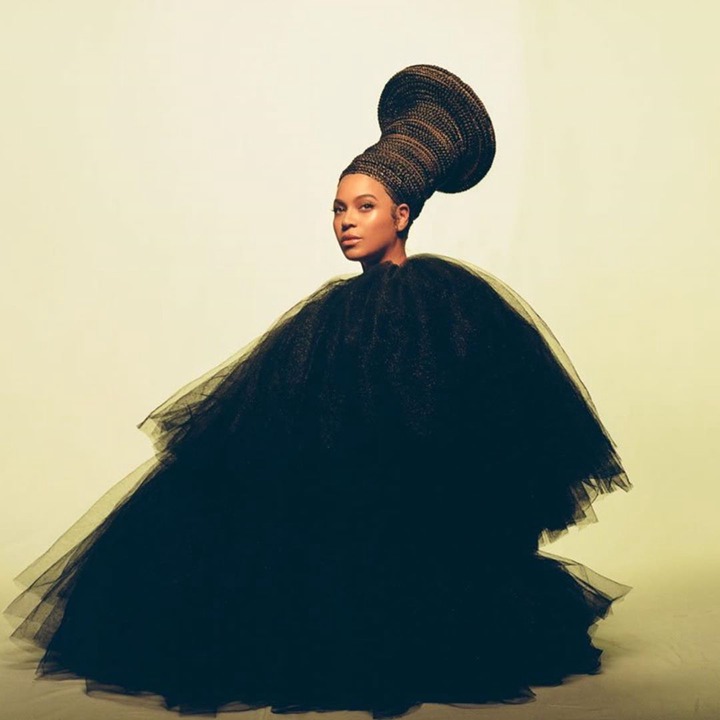 The Tribe originated the braid crown the style was created to accentuate the elongated of the skull represented royalty and was a status symbol.the Mangbetu tribe was known for its royalty and beautiful court dance they would take part in 1909-1915. 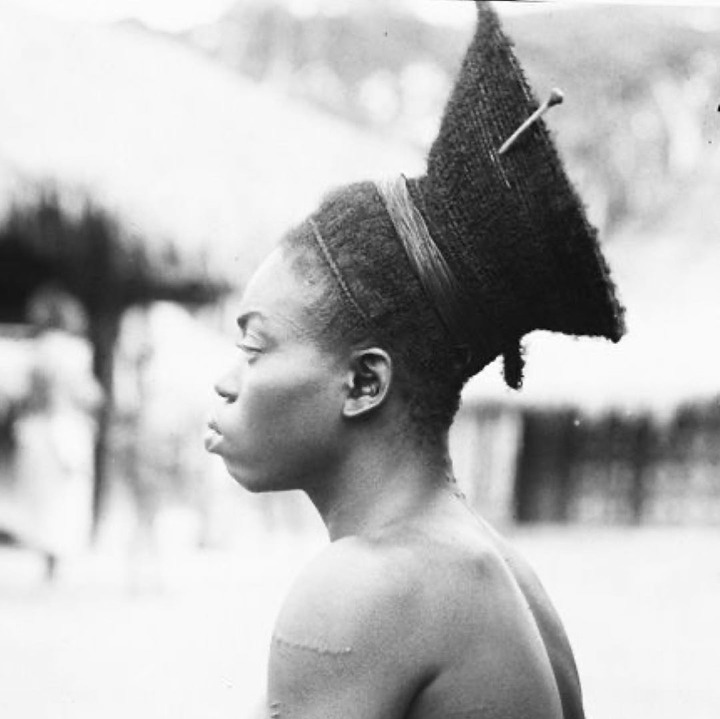 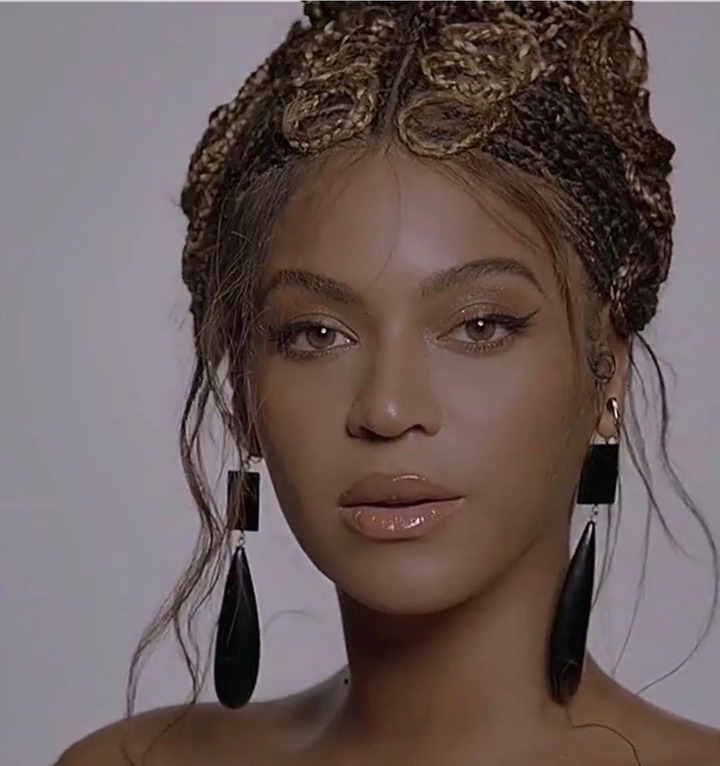 Cornrow Design have been apart of the African culture since 3000B.C Since slaves didn’t have much writing material they used cornrow design as a map to guide and speak to one another in message-cornrows are symbolic to one age, religious belief,marital status,wealth and are a form self expression. 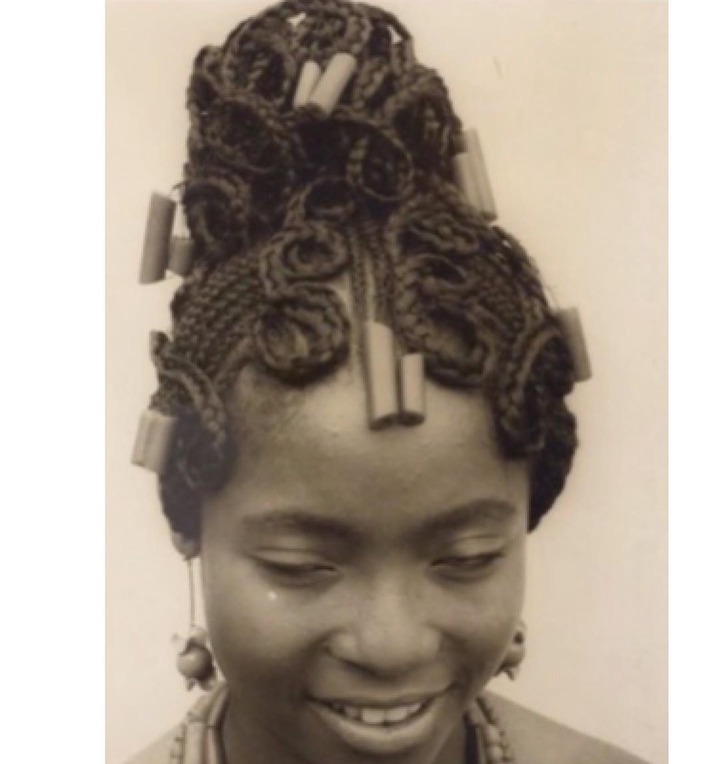 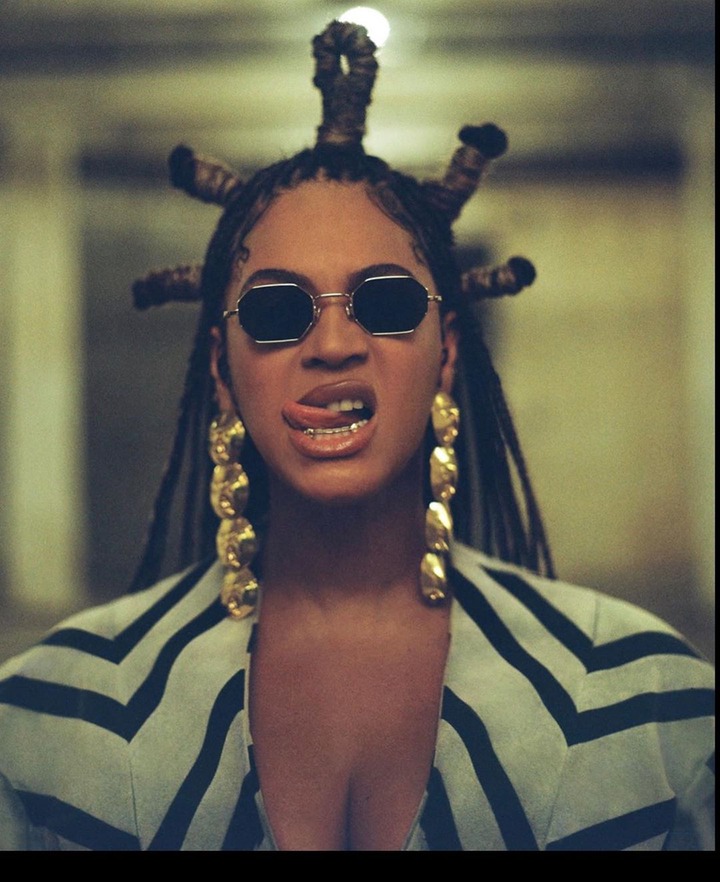 The word Bantu, Translates to the “people” in 400 African language and was originated by the Zulu people of South Africa. Zulu married women, Senior women and men wore topknots to indicate their marital status. The look can also be known as “Nubian Knots”. The middle knot shown here reflects the Egyptian ankh symbol which means Life. 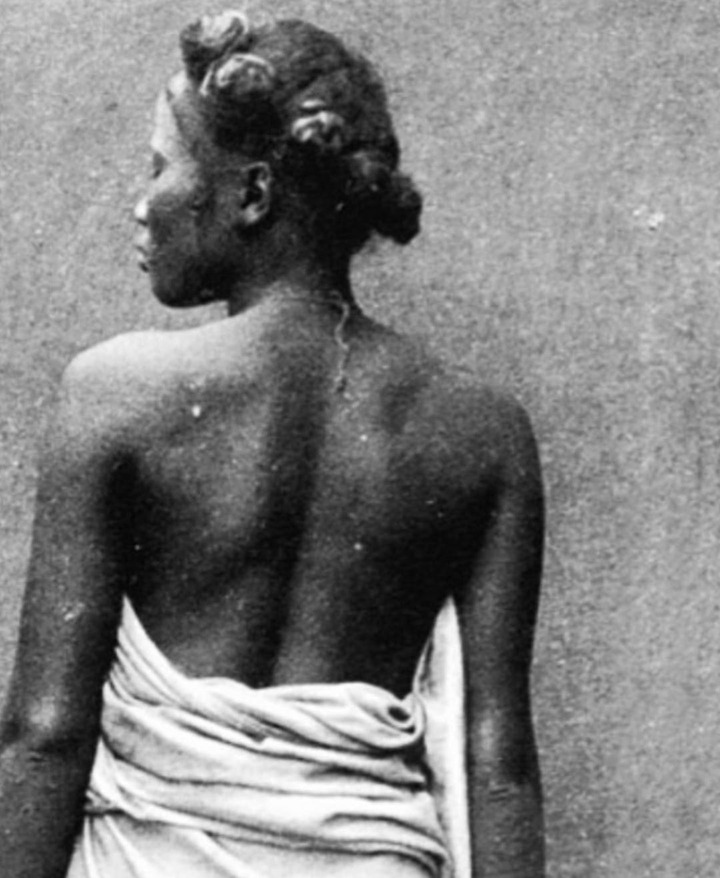 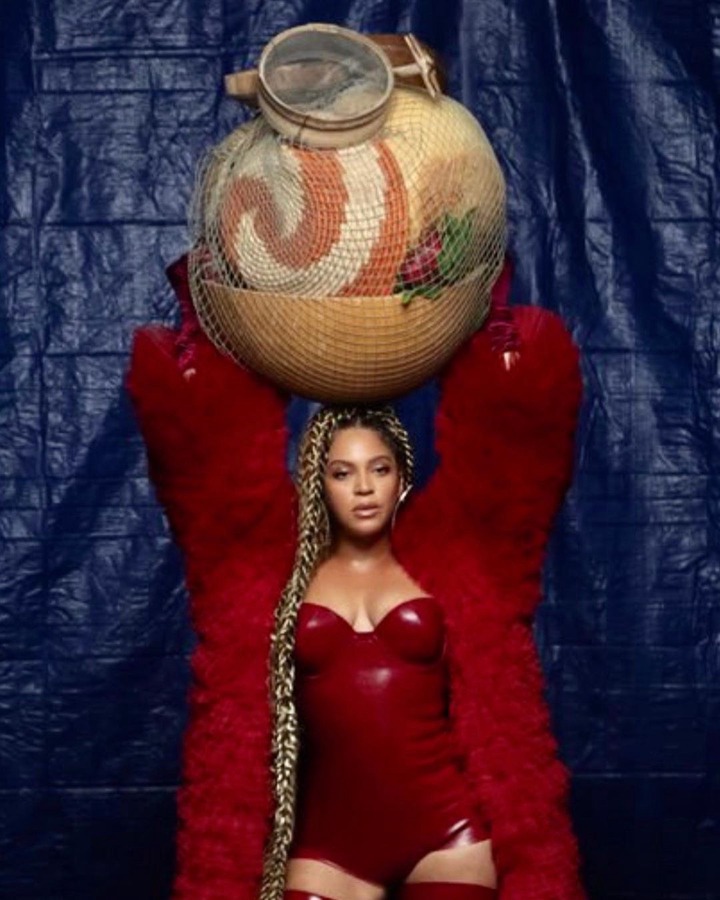 Paying homage to Senegal, Africa. In Dakar, Senegalese Twist represent not only fashion but a status symbol. Kankelon hair and Cheveux Naturels make Senegalese twist a coveted style amongst West Africans and have been worn all over the world.

Head- Carrying became an efficient tradition all over Africa that was passed over by elders, who were enslaved and without transportation. Many women are known as head-porters called “kayayei” and were hired to migrate and carry the goods. With the terrain being rough and rural many women found this as a way to keep balance and bring as much product, food and shelter from Place to place. 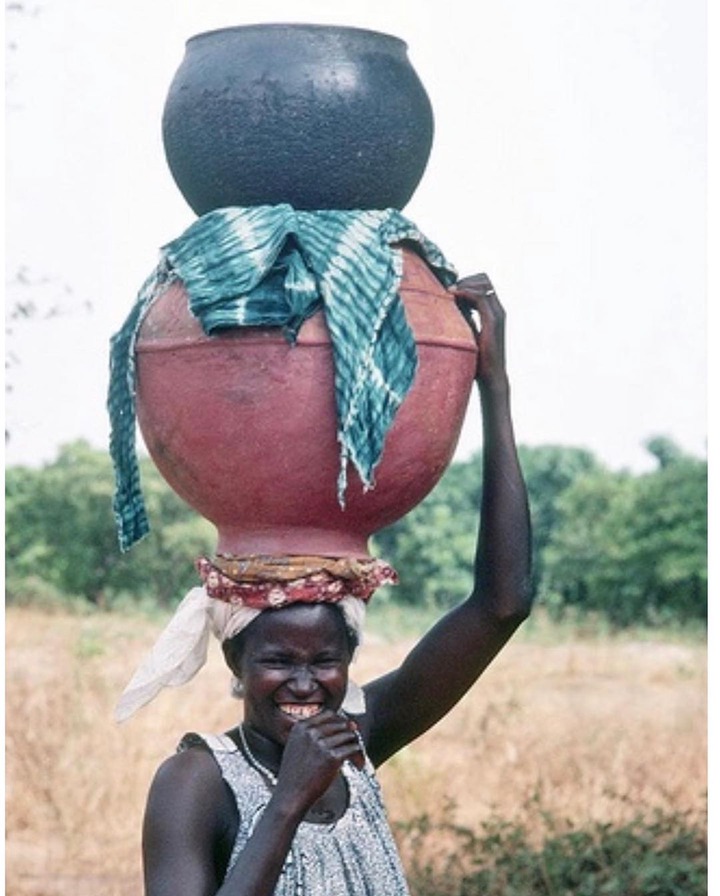 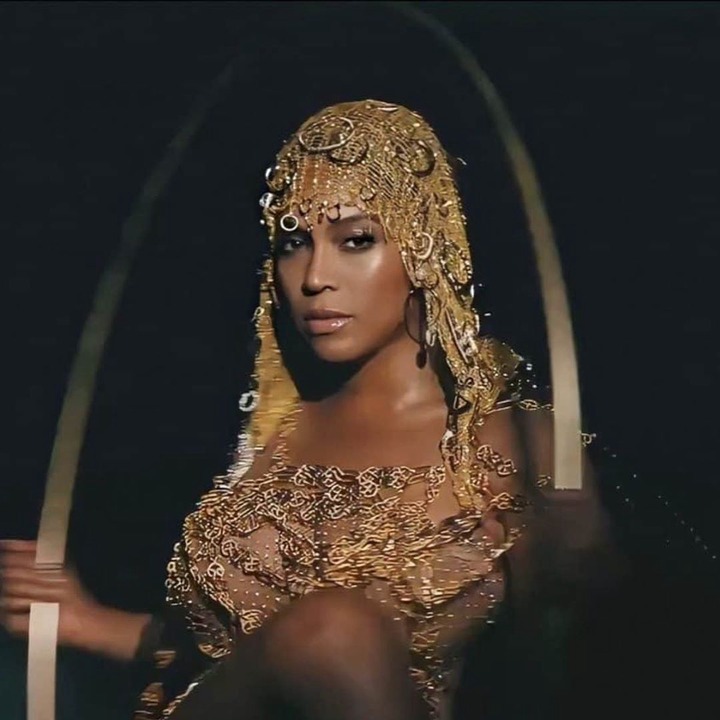 The Ancient Egyptian Queens and Pharaohs were known to wear headdress, wigs and crowns. In Egypt, these headdresses would be full of beautiful golds and jewels to symbolize wealth and royalty. They were elaborate and would have coded hieroglyphics and hand-painted pictures on them. The hair accessories would be color-coded to determine the position of royalty. Hair braiding is an ancient art it’s can be traced back to 3500BC. African braided their hair in those days,in response to their classes, marital status ,age ,tradition ,religion.

A still from song “Water,” with Beyoncé wearing the 30-foot-long braids—the heaviest piece on set—that took three days to create, thanks to the help of six braider.

Speaking on the 30-foot-long braids which was worked on by six people over the course of three days, Farinah says: “It was the heaviest piece on set and possibly the most dangerous. “We couldn’t make a mistake or accidentally let go of the braids,” while Beyoncé was walking up the ladder “because it could’ve really messed up her neck and truly hurt her.” But, he notes with relief, “at the end of the day, we made it work. We executed, and it’s a statement piece in the movie.”