Meet The Red Africans : They Have Red Hair (See Pictures Below).

By Barizumdu (self media writer) | 2 years ago 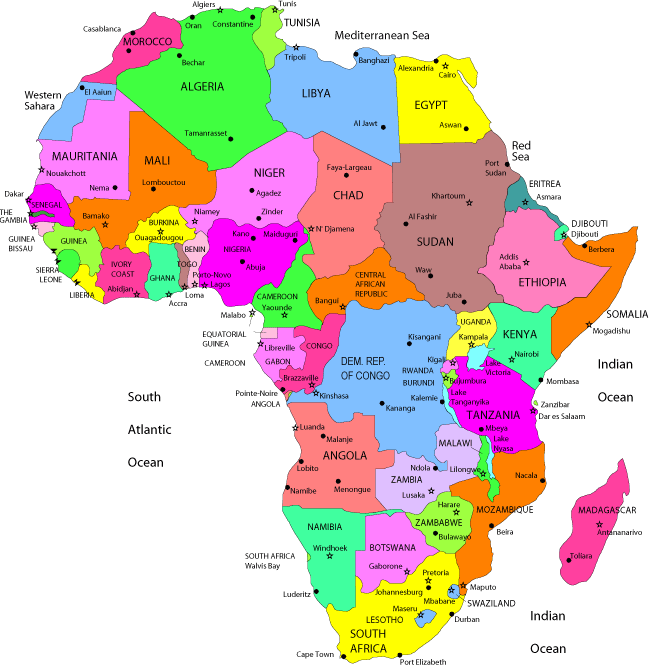 Africa is a very large continent recognized as the birthplace of the human race, Archaeological evidence shows that the continent has been inhabited by humans and their forebears for 4,000,000 years or more. Anatomically speaking, humans are believed to have appeared as early as 200,000 years ago in the eastern region of sub-Saharan Africa. Later early humans spread into Northern Africa and the Middle East then finally, to the rest of the world. There are 54 countries in Africa, they are:

The country where the red Africans are found is angola, below is a description of Angola.

Angola is a country in Southwestern Africa. Angola has a broad variety of landscapes, including the semidesert Atlantic littoral bordering Namibia’s Skeleton Coast the sparsely populated rainforest interior, the rugged highlands of the south, the Cabinda exclave in the north, and the densely settled towns and cities of the northern coast and north-central river valleys. The capital of Angola is Luanda, a large port city on the northern coast that consists of Portuguese-style colonial landmarks with traditional African housing styles and modern industrial complexes.

The Himba also known as red Africans, are indigenous peoples with an estimated population of about 50,000 people living in northern Namibia located in Southern Angola, Both men and women are used to wearing traditional clothing that befits their living environment (hot semi- arid climate) of their area, in most occurrences this consists simply of skirt-like clothes made from calfskins and sheep skin and sometimes sandals for footwear. Masculine foot wears are different from feminine foot wear. A woman sandal is made from cows' skin; while men's are made from old car tires. Women who are mothers wear a small backpack of skin attached to their traditional outfit. Himba people, especially women, are remarkably famous for covering themselves with otjize paste, ( cosmetic mixture of butterfat and ochre pigment ), this is to cleanse the skin over long periods due to scarcity of water and protect themselves from the extremely hot and dry climate of the Kaokoland as well as insect bites. The cosmetic mixture, often perfumed with the aromatic resin of the omuzumba shrub, gives their skin and hair plaits a distinctive orange or red-tinge characteristic, as well as texture and style. Otjize is considered a highly desirable aesthetic beauty cosmetic, symbolizing earth's rich red color and blood the essence of life, and is consistent with the OvaHimba ideal of beauty. This is what makes them red Africans.

See pictures below and tell us what you think. 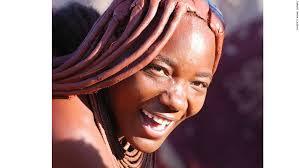 Content created and supplied by: Barizumdu (via Opera News )