By Billixcs (self media writer) | 5 months ago

Popular makeup artist and fashion model, Nara Ozim recently took to her Social handle to call out a photographer whom she accused of molesting her on set. She accused the photographer of touching her indecently as he tried correcting her pose during the photo session where she was modelling for a brand.

It's natural and ideal for a professional photographer to make bodily contact with their client in order to get a desired angle for the perfect shoot, but Nara claims she has been traumatized as the photographer allegedly took advantage of her during the session. 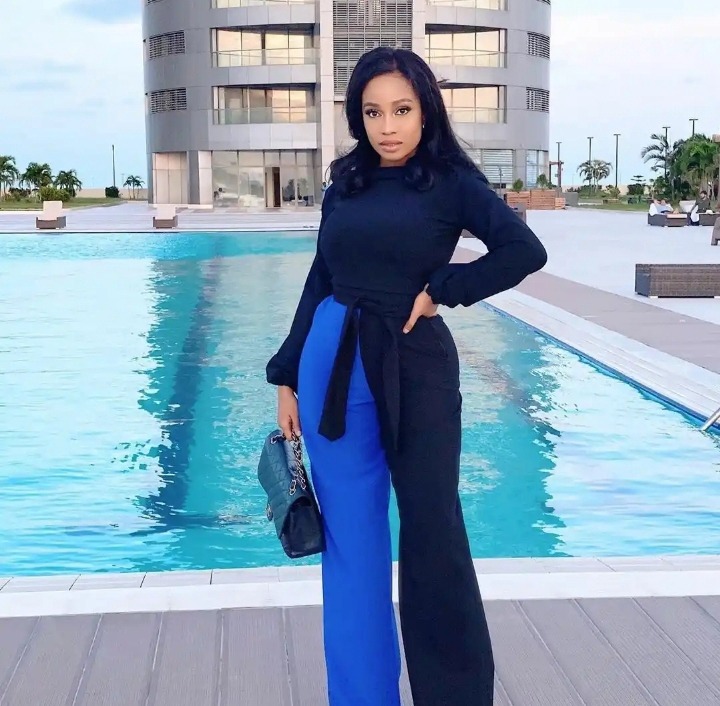 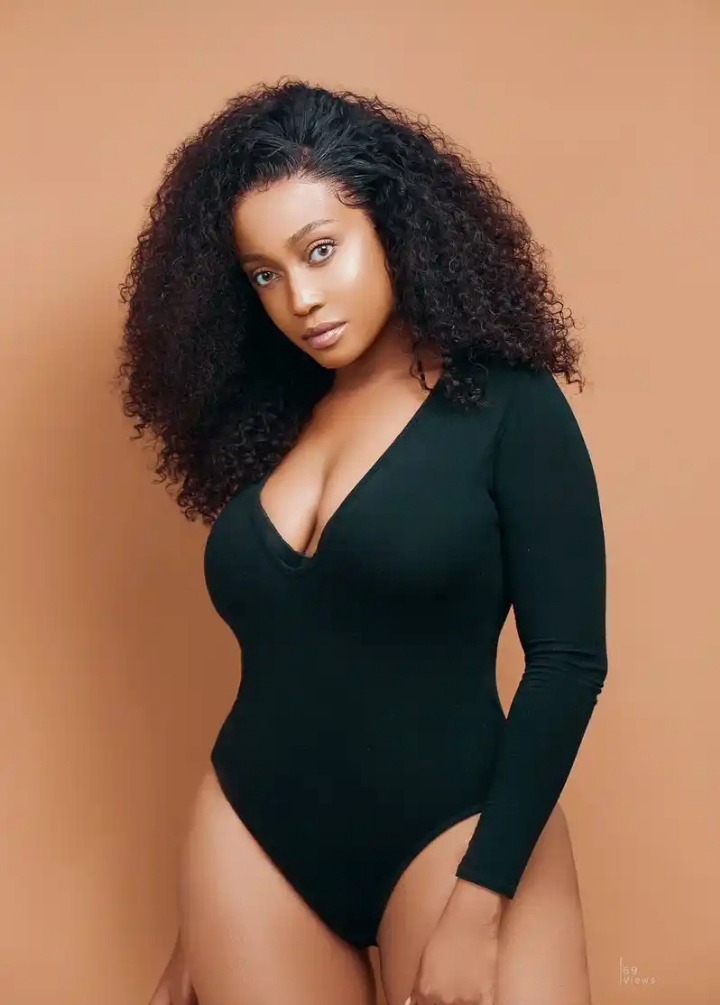 After accusing the photographer without mentioning his name, he was able to come to terms with the fact that he was the accused in the tale which also prompted him to take to his social handle and clear all doubts surrounding him.

Rotimi Jerrie who is the photographer narrated his side of the story and promised to take the matter up through his legal representatives. 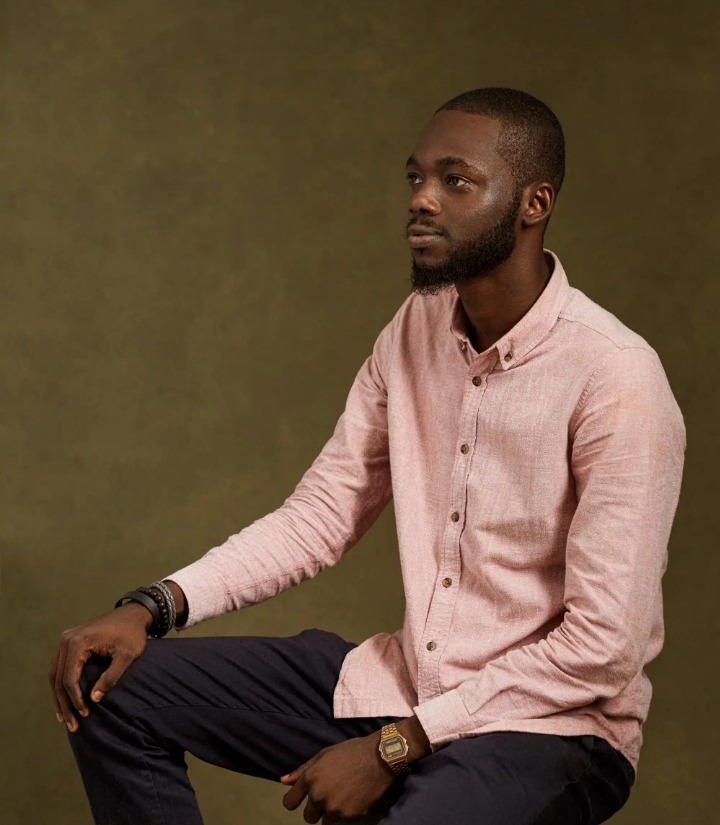 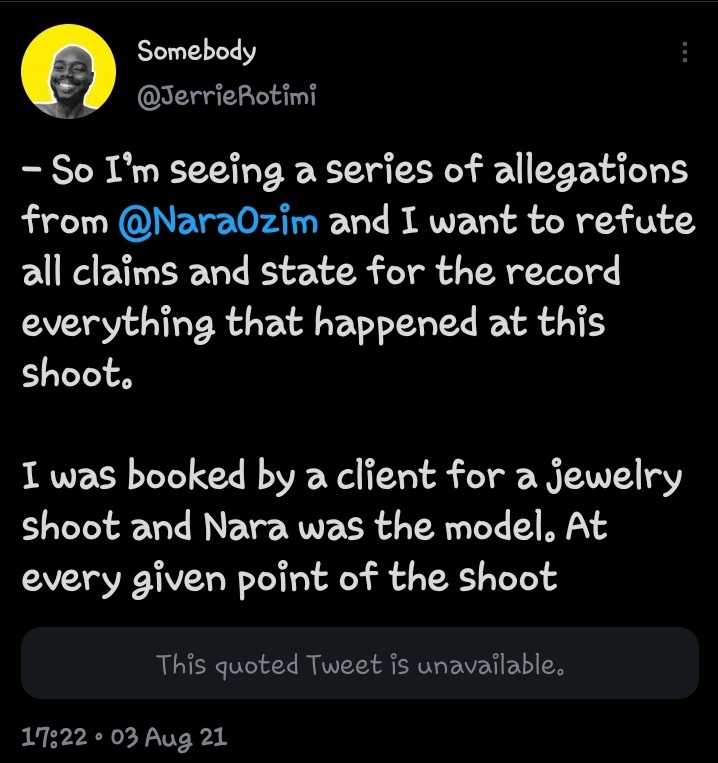 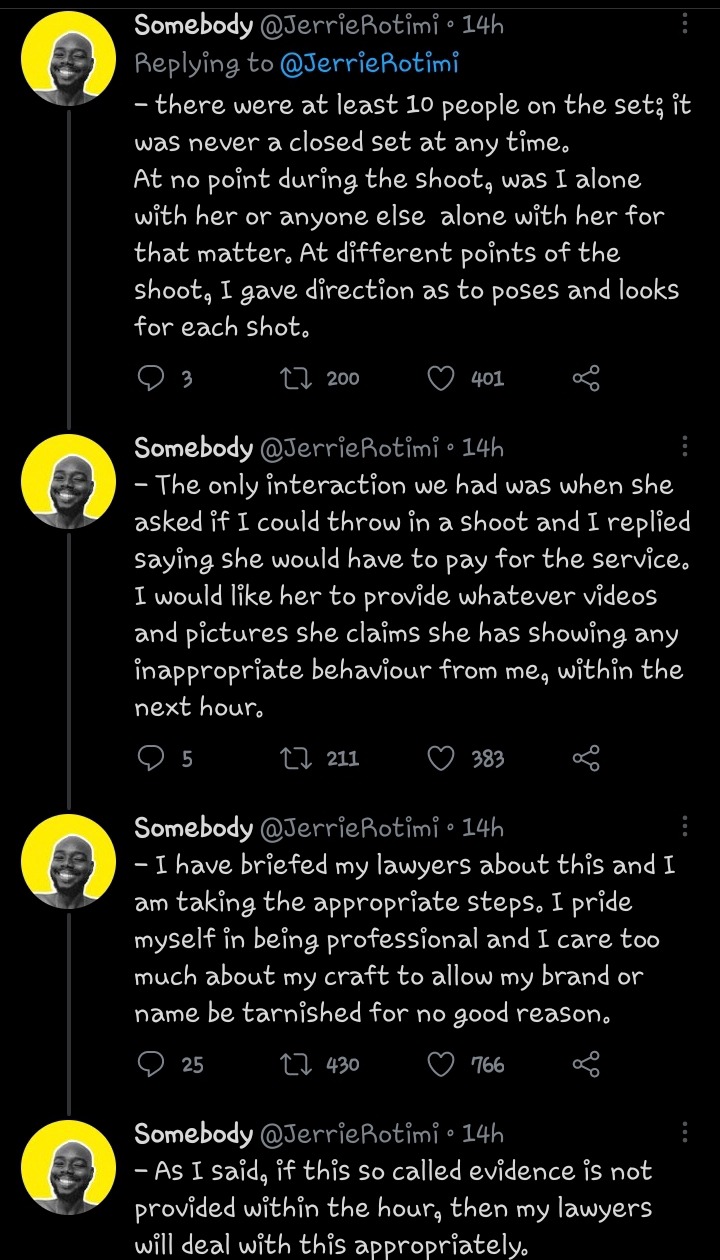 After challenging Nara to substantiate her claims via any means, she dropped a short video of the duo during the photo session but it wasn't enough to validate her claims.

The video showed Rotimi trying to get a better angle of the model during the photo session as Nara revealed that was the only evidence she could produce at the moment.

Below are some scenes from the video released by Nara Ozim where she claimed Rotimi touched her in ways she wasn't comfortable; 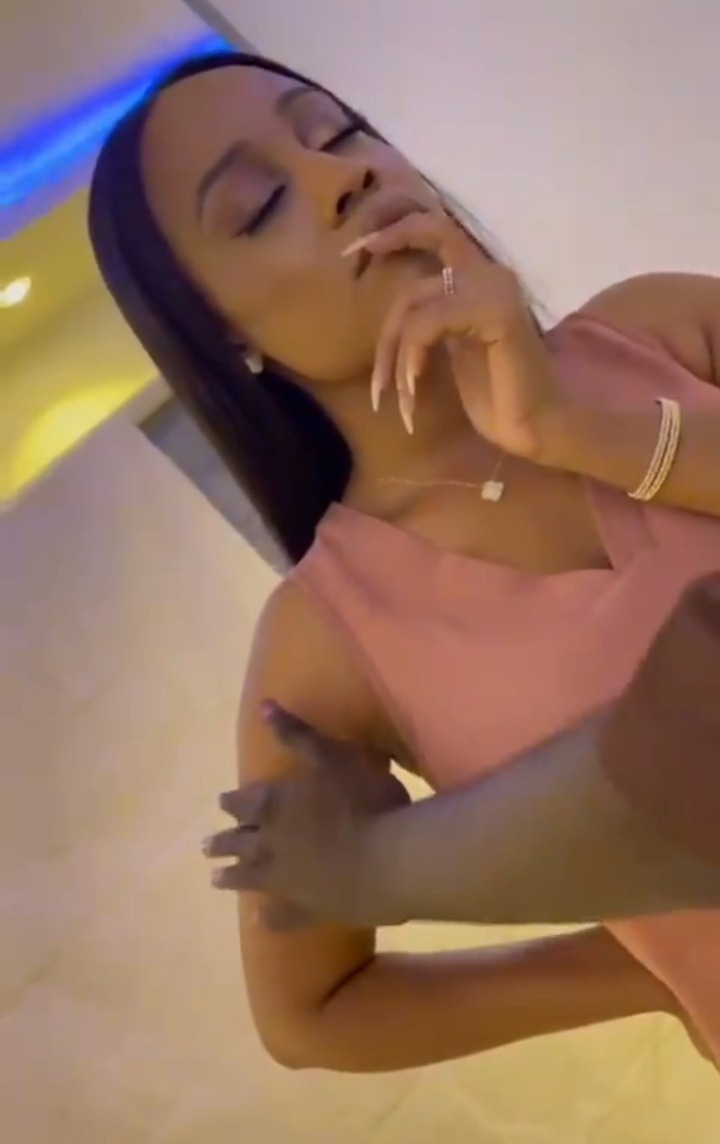 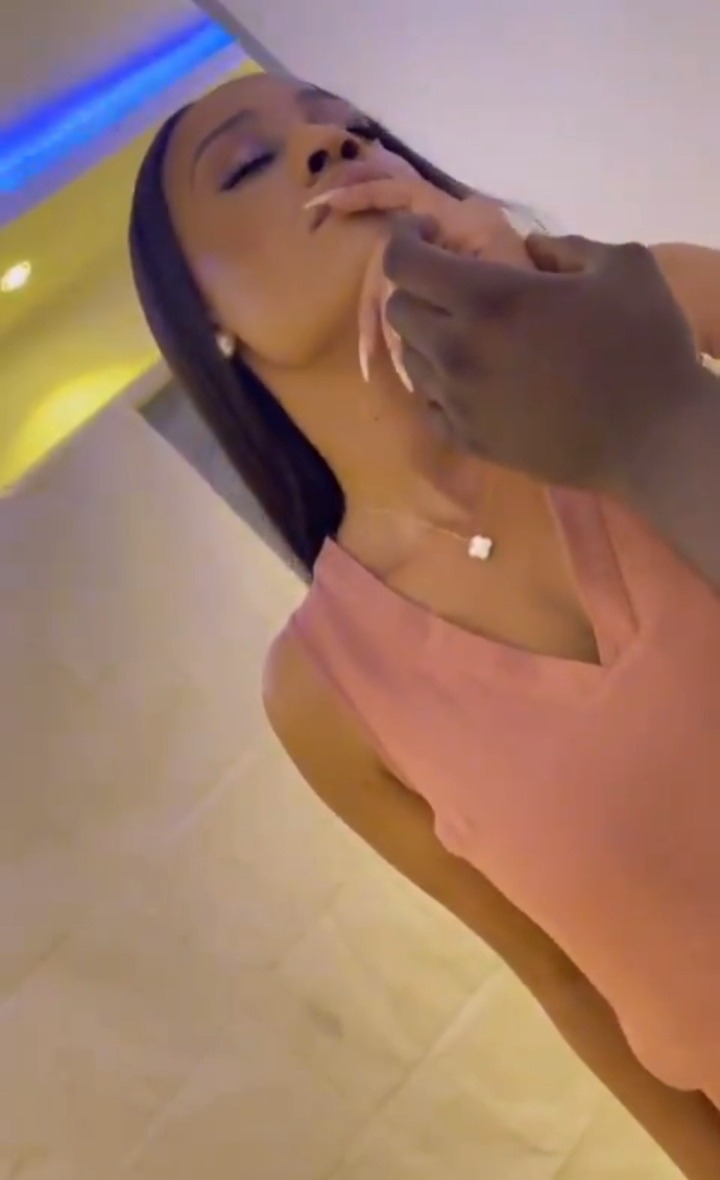 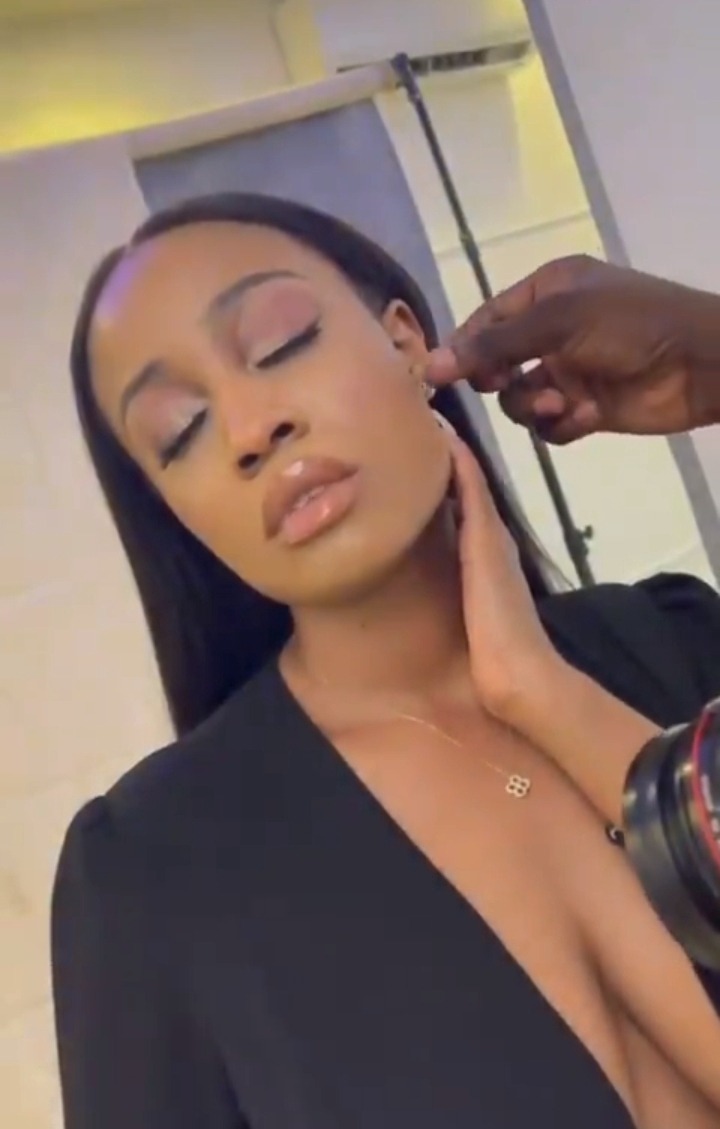 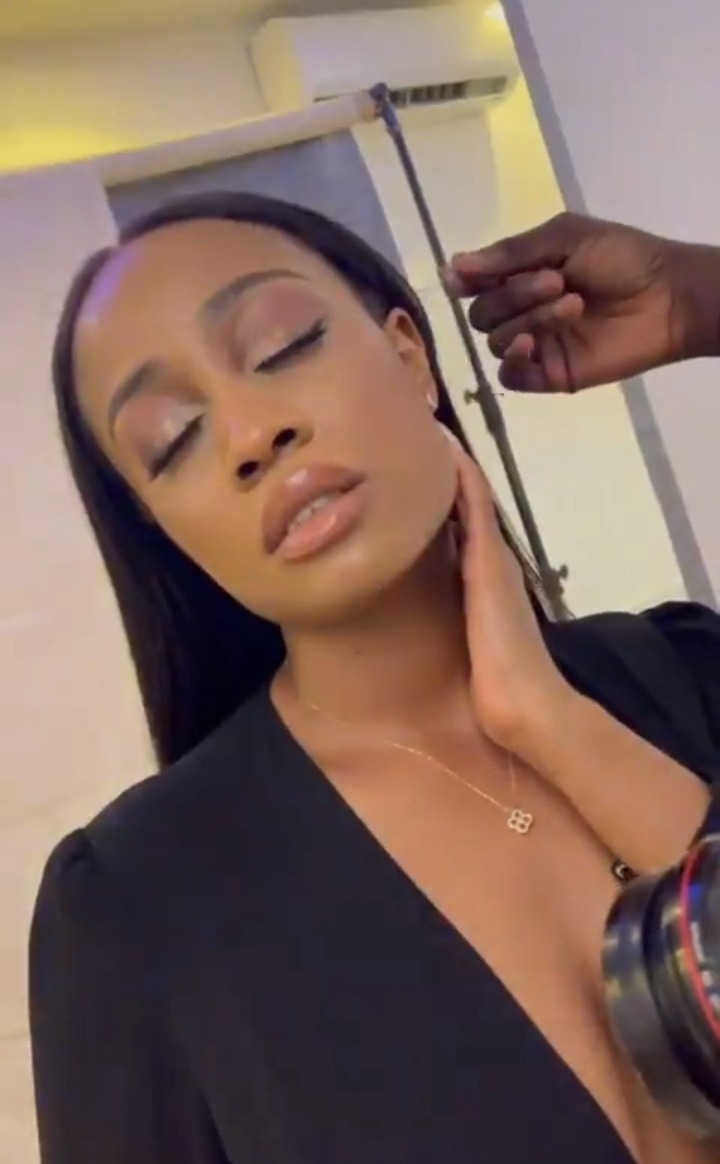 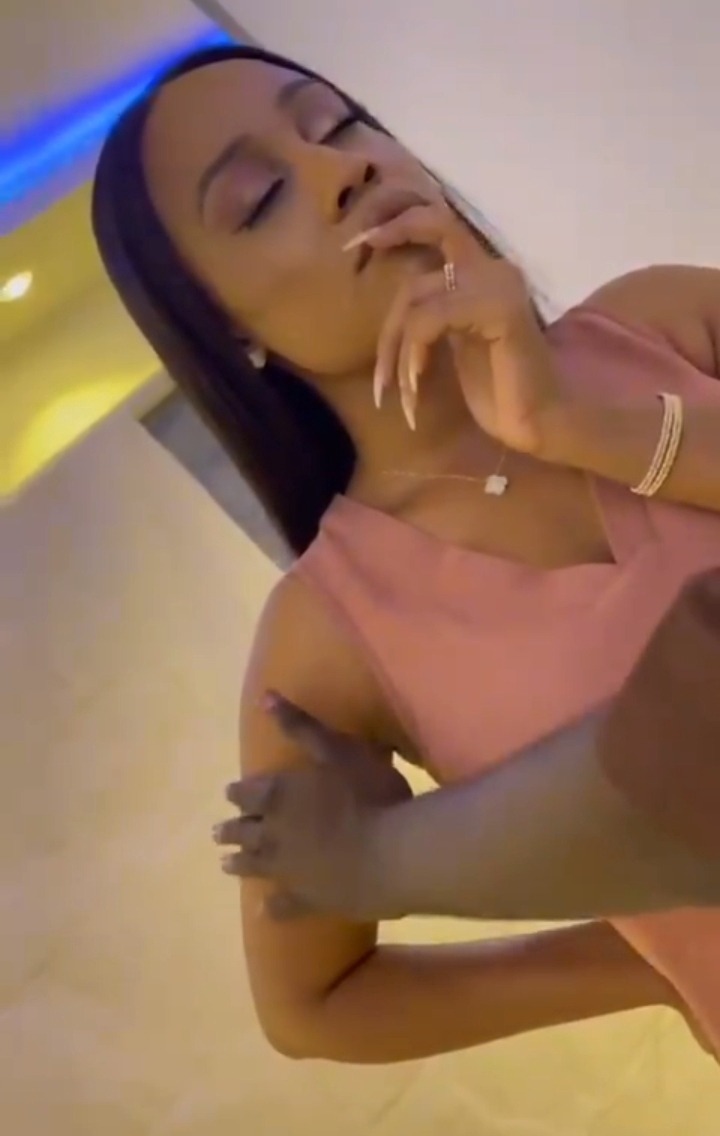 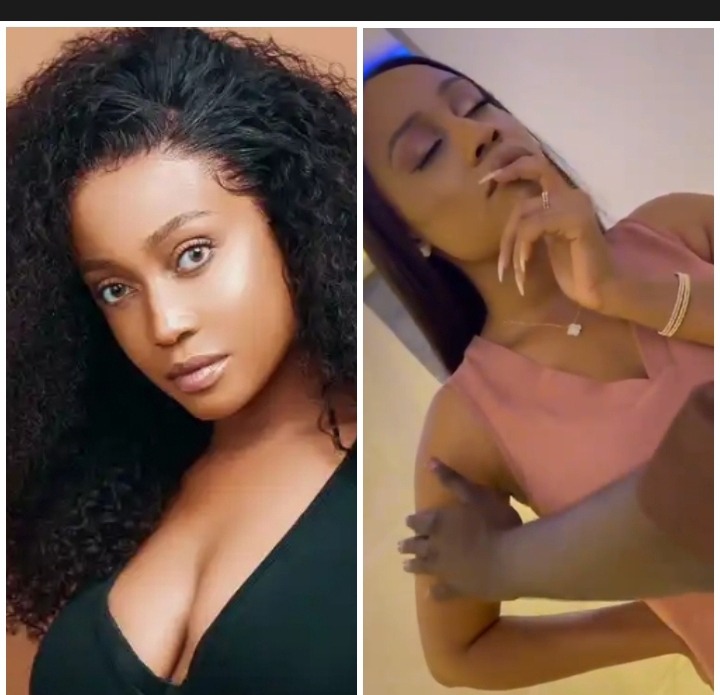 Many people were of the opinion that the video didn't substantiate her claims and accused her of trying to tarnish the image of the photographer.

Nara further claimed she knows she was touched and didn't care if people believed her or not because that was the only video she could produce. 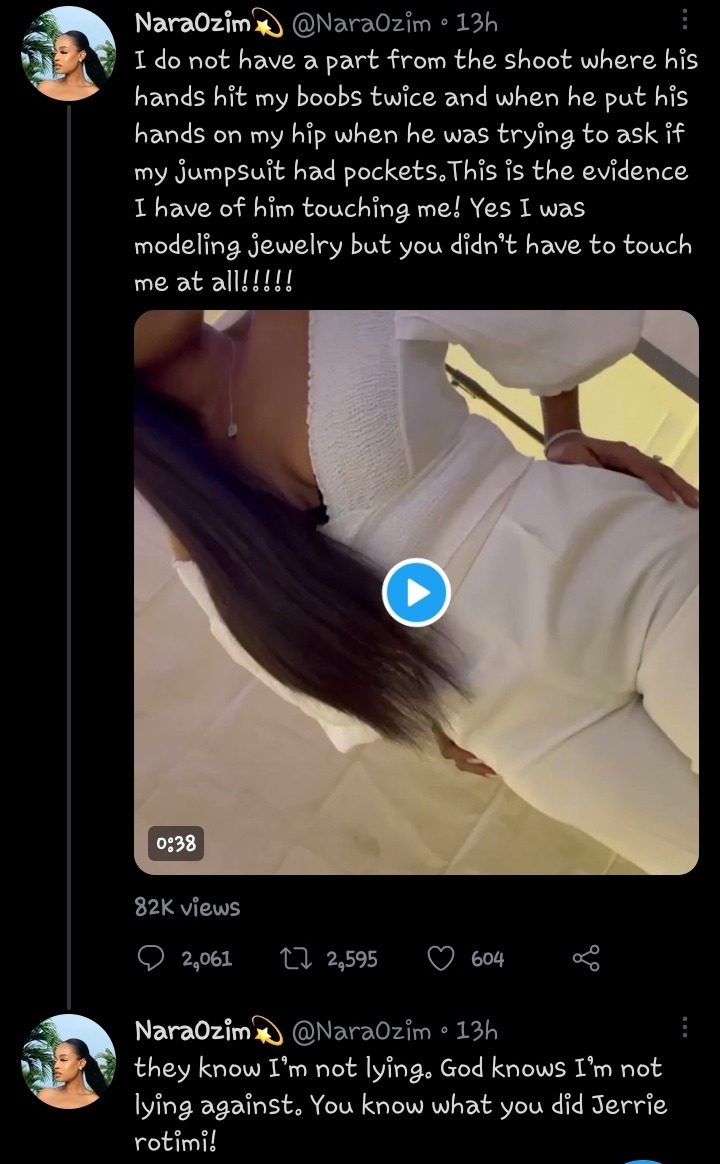 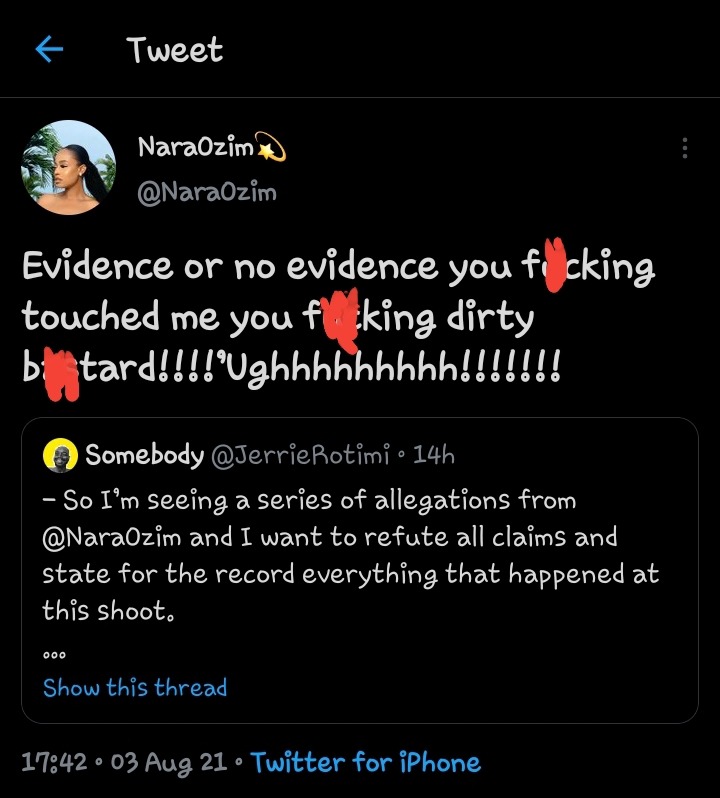 Nara hasn't been able to further substantiate her claims but she still stands with her words that she was sexually harassed by the photographer.

However, Rotimi challenged her to provide the evidence since they were 10 persons on set during the photo session to either back or oppose her claims. 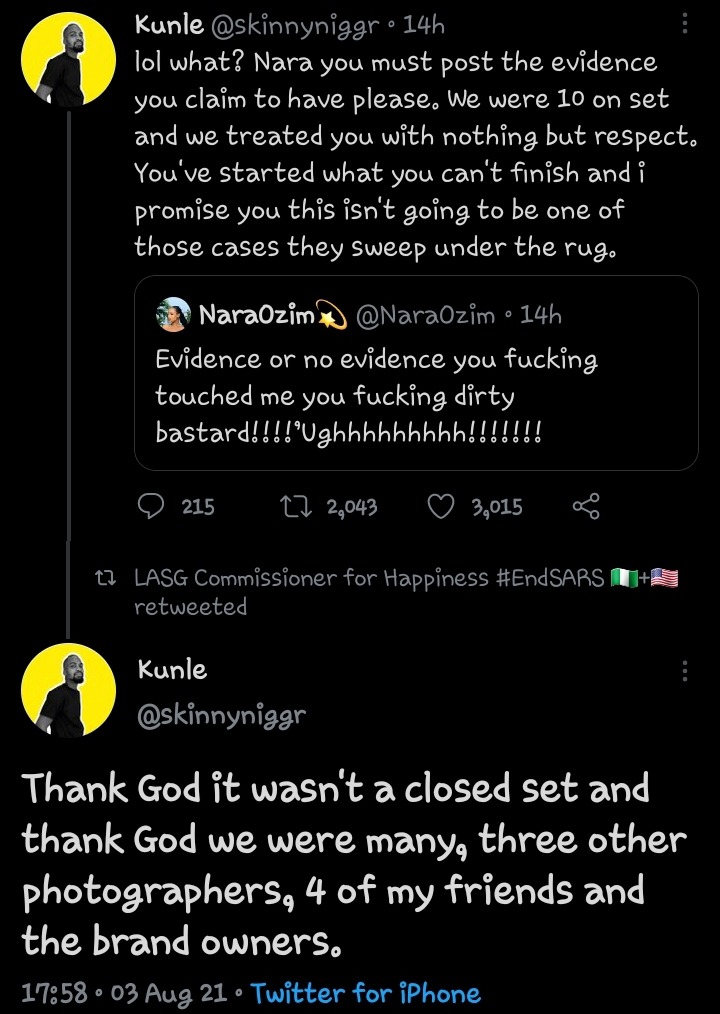 The case has drawn alot of reactions from Nigerians who believe ladies have taken advantage of the status quo by accusing men of sexually harassing them without substantial evidence to back their allegations. Nevertheless, this isn't to justify the actions of other men who have truly committed such acts without evidences to bring them to book.

Nara as an individual has the right to feel and say what she thinks happend but Rotimi who is the accused doesn't subscribe to her allegations which leaves many Nigerians taking sides with both parties.

Many were in support of Rotimi as they claimed his line of work permits contacts with clients in order for him to deliver his services to the best of his capabilities.

Click Here to watch the short video where Nara accused Rotimi of taking advantage of her.