Top 10 Most Valuable Gemstones In The World

By OyimisoMercy (self media writer) | 14 days ago

Naturally occurring across our planet today are gemstones which are composed of strange mineral compositions, rocks and trace impurities. They are some of the most exquisite treasures on Earth coveted throughout generations.

They bear different meanings and symbols to people. While many are used for fashion statements, accessories, jewelries and decorations, others draw religious symbolism, healing powers and other personal revelations from them. Rare gems are not only valued for their distinct beauty and charm but for their size, grade and colour. 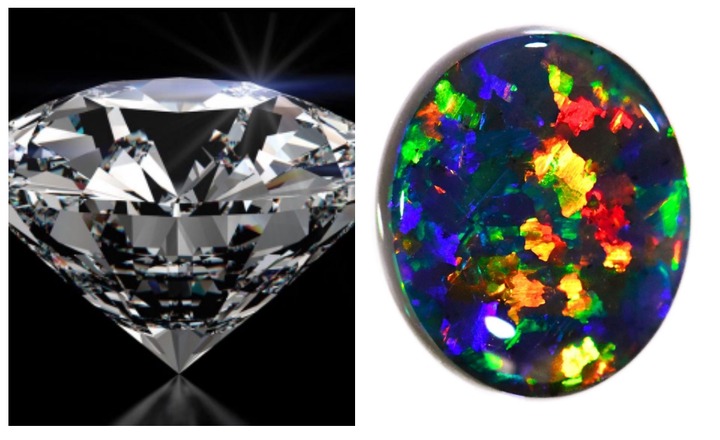 Below are the top ten most valuable gemstones in the world.

1. Blue Diamond-(3.93 million per carat): Like its name implies, blue diamonds possess a fancy blue tone as a result of the presence of boron them. They are very rare and less than 0.02% of mined diamonds. However, they are the most valuable and beautiful of all diamonds. According to experts, a blue diamond known as the 'Oppenheimer Blue' holds the record for the most valuable diamond per price carat at $3.93m ever sold. Weighing 14.62 carats, It auctioned on 18th May 2016 at the Four Seasons Hotel Des Bergues in Geneva for $58 million.

The largest and rarest blue diamond ever discovered is the 'Okavango Blue' from Bostwana weighing 20 carats. It was discovered in 2019. 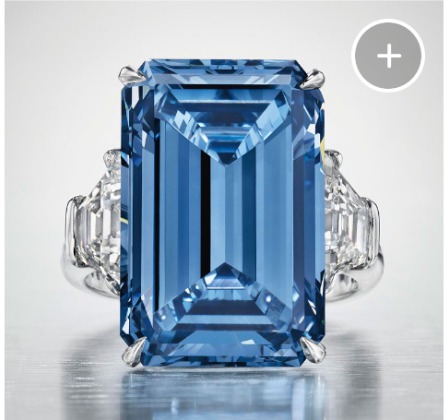 Oppenheimer Blue a 14-carat diamond which sold for a record amount at an auction in Geneva, Switzerland. 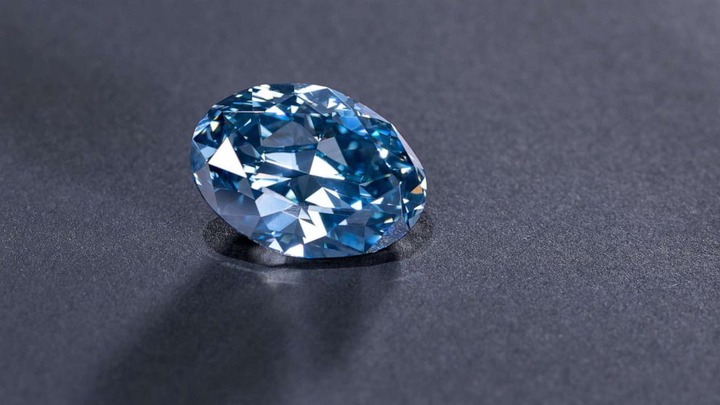 A rare blue diamond discovered in Bostwana on April 17, 2019. It weighs over 20 carats

2. Jadeite- $3 million per carat: Jadeite is the rarest and the most vivid in the Jade family of gemstones. Jade is highly revered in China. It has a cultural significance that predates thousands of years back. The Qing's dynasty of China prized it for its purity and rarity which went a long way to be greatly admired by the Chinese. Although Jade is growing more popular in the West today, China still remains the strongest market for this gemstone. The finest jadeite originates from Myanmar. The most expensive jadeite ever sold was used in the Hutton-Mdivani necklace which went for $27.44 million to Cartier Jewelers. 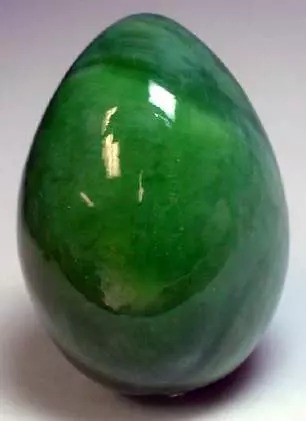 They are incredibly fascinating, mysterious and bewildering. Their natural pink hue, form and purity make them a toast for royalties and diamond collectors. Countries of the world who have been fortunate enough to mine pink diamonds are Australia, India, South Africa, Russia, Canada and Brazil. The Argyle mine in West Australia has more than 90% of the world's supply of natural pink diamonds.

The most expensive diamond to be ever sold is the Pink Star diamond which was cut from a 132.5-carat rough diamond mined by De Beers in Africa in 1999. It was polished for two years into its current oval shape.  The Pink Star was auctioned at Sotheby's Hong Kong on April 4th 2017 for a record-breaking sale of $71.6 million weighing 59 60 carats. It was bought by Chow Tai Fook, a renowned Jeweller. 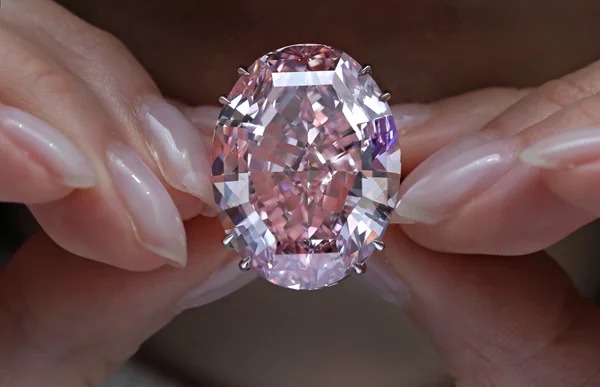 4. Red Diamonds: Red diamonds are the rarest and most unique of all diamonds. They are so rare that only twenty to thirty pure red diamonds are believed to exist. Only South Africa, Brazil and Australia are the countries that have mined red diamonds. All red diamonds are less than one carat in weight but for Moussaieff Red Diamond, the largest red diamond weighing 5.11 carats. It was discovered by a Brazilian farmer around Abzetezinho River in 1900. In 2011, it was purchased by Moussaieff jewellery firm for $8million. 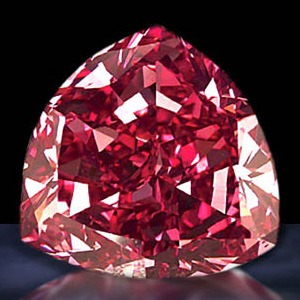 5. Emeralds: Emerald is synonymous with the colour green is among the traditional Big Four gems alongside diamond, ruby and sapphire. It is highly precious and had been a gem of fascination across cultures over thousands of years. Records indicate that emeralds have been traded in Babylonian markets for as early as 4000 BC.

Aristotle was a great fan of the gemstone. He extolled the great qualities of the stone. Emerald holds strong significance in many cultures of the world. The most expensive single stone emerald ever sold is the 'Bulgari' Sold for $6,578,500 on 13 December 2011 at Christie’s in New York. The biggest emeralds in the world is the Bahia emerald weighing 1.7,00000 carats. The ownership rights of the stone is subject to contentious court battles. 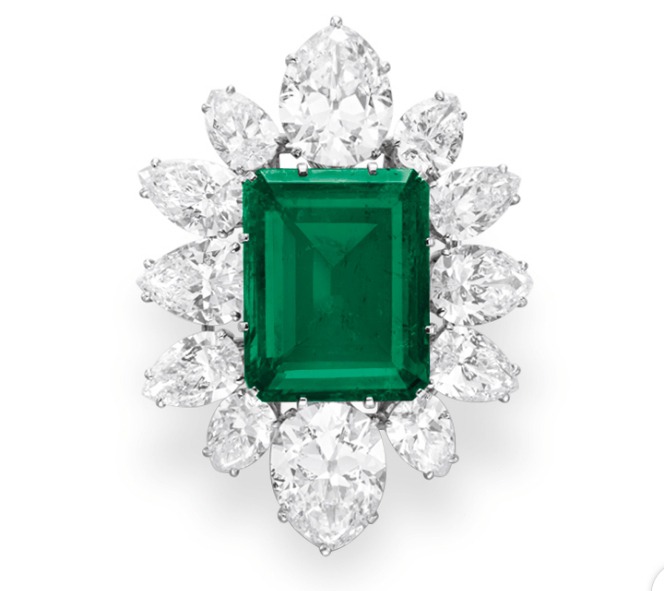 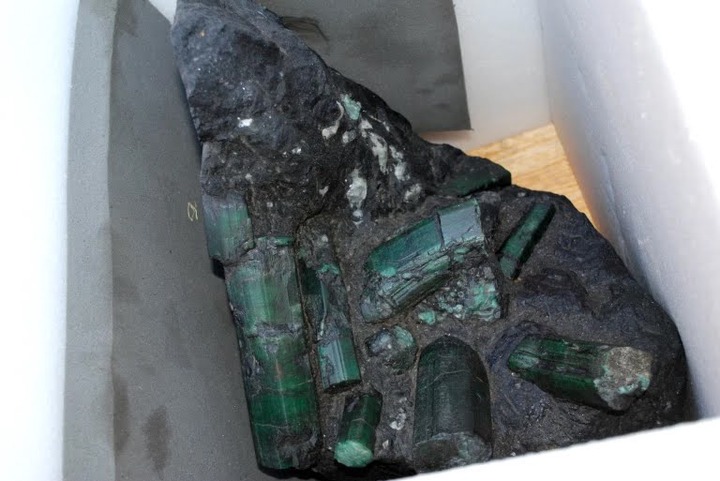 6. Taaffeite: Taaffeitte is a very rare gemstone that looks similar to spinel but isn’t as well known.

It was named after Richard Taaffe an Austrian Gemologist, who discovered it by chance. Taaffeitte is distinguished from other gemstones as it was discovered cut unlike others that are faceted. The primary difference between spinel and taafeite is the double refraction found in the later. Taaffeite is found only in Sri Lanka and Tanzania. According to Forbes, it's worth $35,000 per carat. 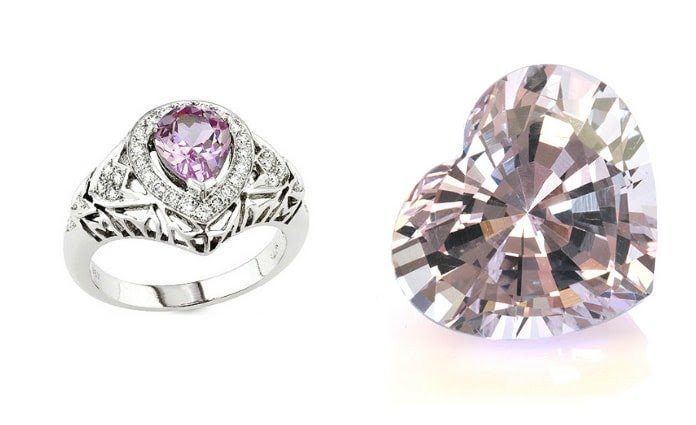 7. Grandidierite: Grandidierite is a bluish-green extremely rare gemstone first discovered in Madagascar by a French mineralogist, Alfred Lacroix in 1902. He named the gemstone in honour of another French explorer and naturalist, Alfred Grandidier who was the first explorer to describe Madagascar in detail. The gemstone is translucent and given its rarity is worth several thousands of dollars.

According to Brice Gobin, a popular gem dealer and Mineral Art manager, a buyer once paid $50,000 in 2003 for a grandidierite weighing only 0.29 carats. 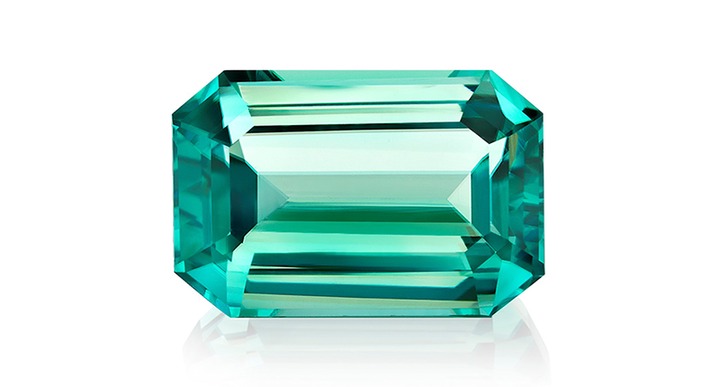 8. Serendibite: Serendibite was among the rarest gems in the world until a recent discovery at a new deposit at Magok valley in Burma. It is worth $18000 per carat. 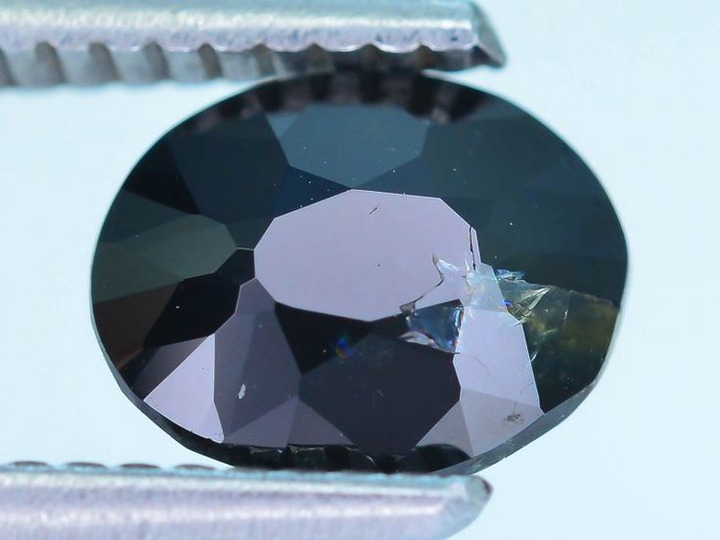 9. Black Opal: Black opal belongs to the family of opals, the most delicate gemstones commonly worn by humans. Black opal can be dark bluish or greenish contrasted with a dark body tone. Black opal is very stunning and remarkably beautiful. It is highly sought after for its seemingly display of infinite array of colours.

The colours you see today will be entirely different from what you see tomorrow. However, it's very difficult to find. It also posseses magical powers and is believed to heal ailments. It is worth $15000 per carat 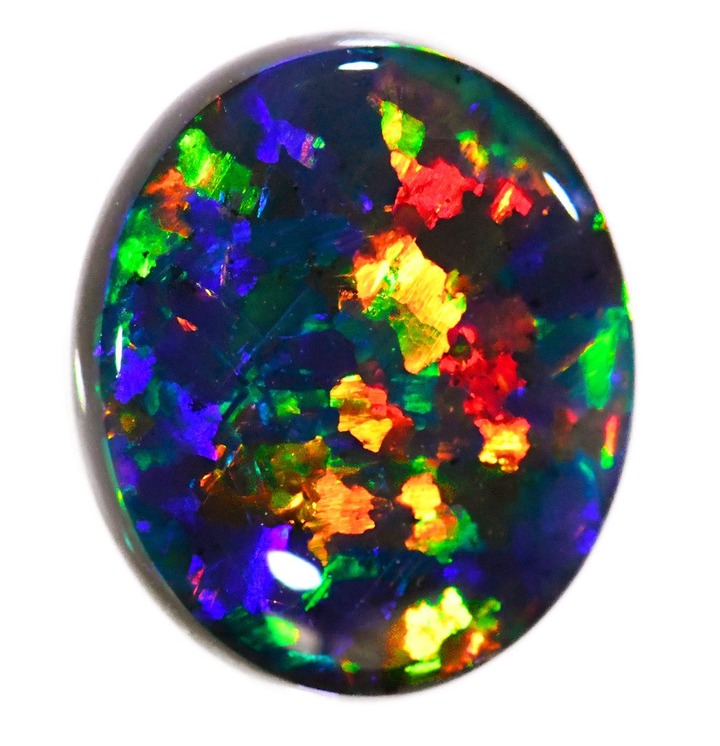 10. Alexandrite: Also known as Friday's stone, Alexandrite is an extremely rare gemstone. It was discovered in a mine near Tokovaya, Russia on the day of Prince Alexander 11 of Russia's birthday in 1830.  Alexandrite thus is one of the most prized gemstones amongst Russian Aristocracy. Alexandrite is also believed to possess mystical powers which helps in rejuvenating our internal and physical energy. It is worth $12,000 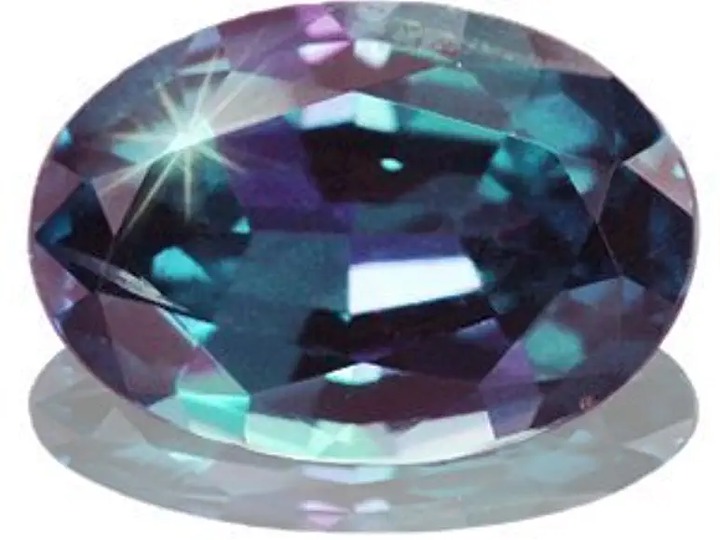