The story of Ohafia Women with long braids

A number of women warriors, are recorded in the history and folktales of Ohafia. A version of one particular story tells of Nne Mgbaafo who, in war gear, risked her life looking for her husband.

who she thought was killed by enemies in Ibibio territory and was able to rescue him through her bravery. 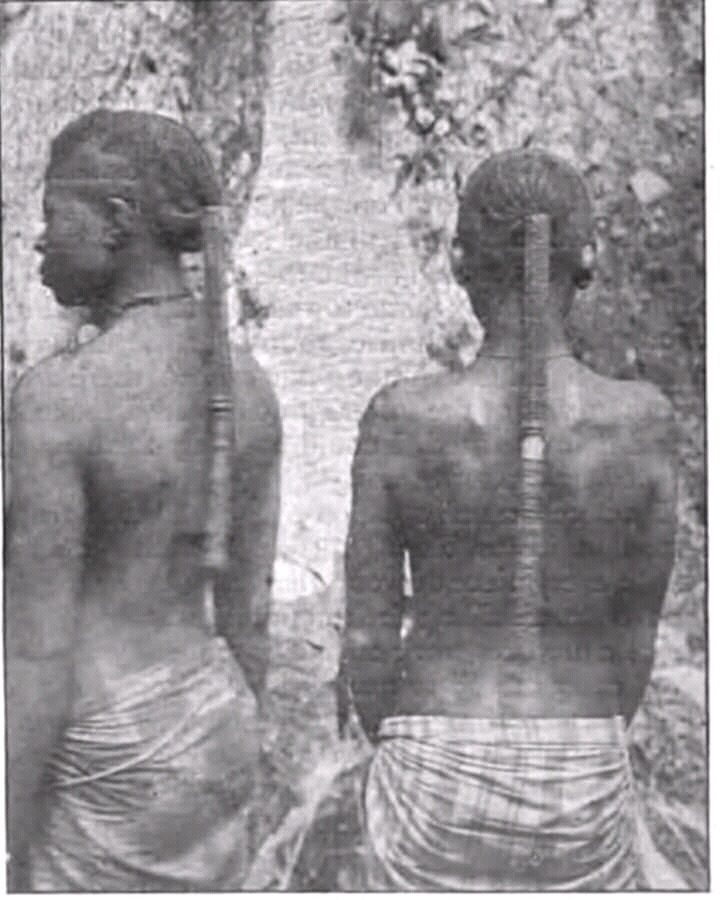 Another story tells of Inyan Olugu whose husband, Itenta Ogbulopia, hadn’t taken heads during battle. To secure the honour of her house, Inyan Olugu took her husband into the forests of the Nkalu and shot five Nnong Ibibie men dead and took their heads.

As warriors hailed her husband, Inyan Olugu told the revellers to also sing praises of Inyan Olugu who brought heads and gave the honour to her husband.

In the 20th century, by the instruction of the divinity Kalu Akanu through a woman in the compound of his priesthood, Nne Uko Uma Awa of Akanu Ohafia, with other girls during their age-grade's coming-of-age ceremony, carried out a ritual hunt usually done by boys.

The girls were led by Nne Uko who dressed in attire usually worn by male warriors including an òkpu agụ, the leopard cap. Nne Uko continued to dress in a typically male style.

Nne Uko was admitted into the Ekpè society, danced the male style of the dance of Ohafia warriors, and married two wives who had children through Nne Uko's brother.

Nne Uko had yam titles as a successful farmer with the assistance of the wives and children and became the custodian of the maternal lineage shrine.

In later years, Nne Uko wore more conventionally female attire. In Nne Uko's words, "But as it happened, when coming into this world I came with a woman's body.” These are some of the stories of the dike nwaàmị̀ of Ohafia.