By Divineword (self media writer) | 21 days ago 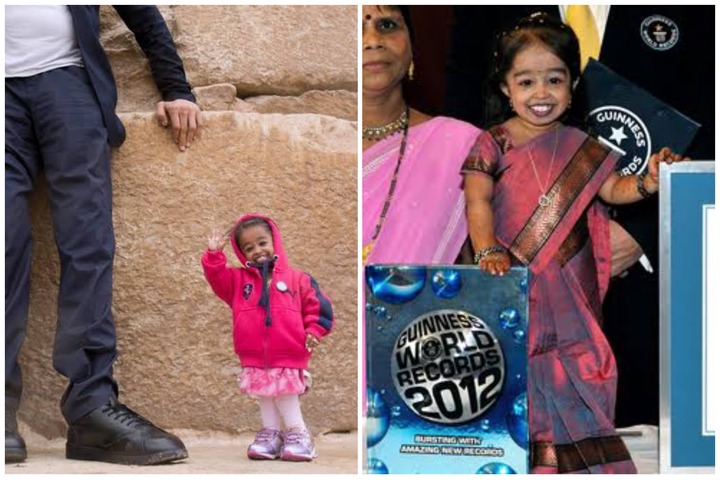 With height reaching just 62.8 centimeters, Joyte Amge, an Indian actress still holds records as the shortest lady on earth. Though she may be small in size, her achievements as an actress and as a record holder are quite enormous. 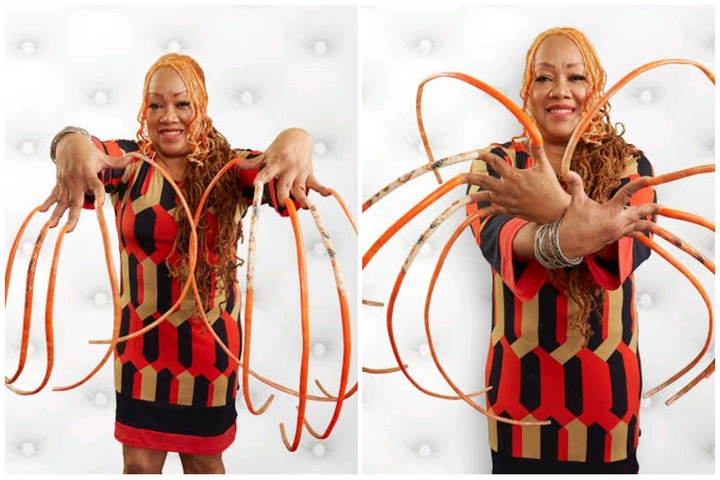 Ayanna Williams is a lady from the United States who's known for her extremely long nails which have reached a combined length of 18 feet. She's known as the lady with the longest nails on the planet. 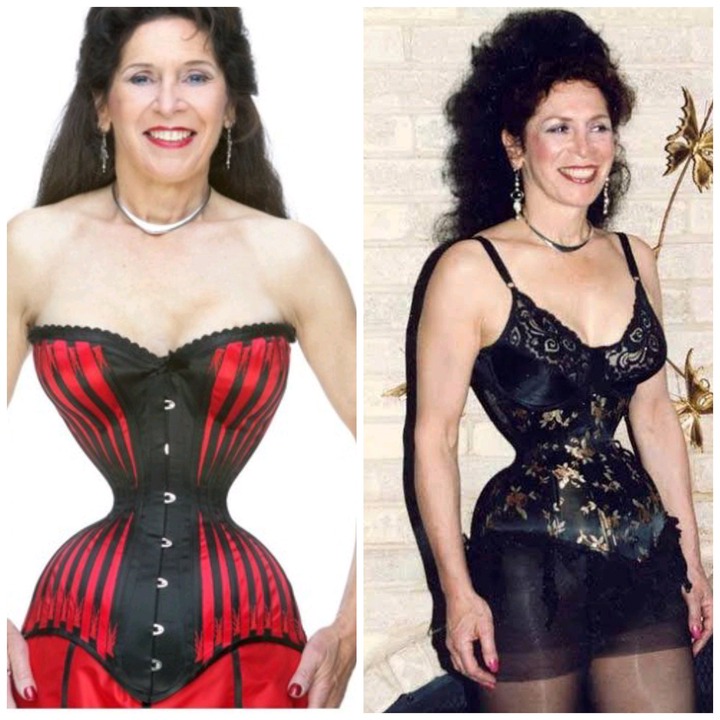 With a waist measuring just 15 inches, Cathie Jung who's currently in her 80s still officially remains the lady with the smallest waist on the planet. 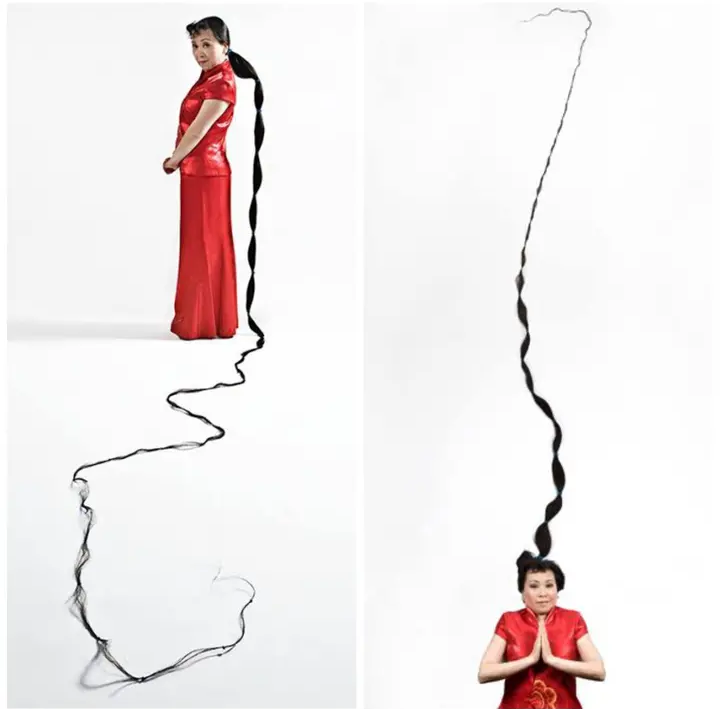 Nicknamed the real-life Rapunzel, Xie Quiping is known for her extremely long hair which is longer than your average-sized minibus. Her hair which measures 18 feet has earned her a spot in the Guinness Book of World Records as the lady with the longest hair on the planet. 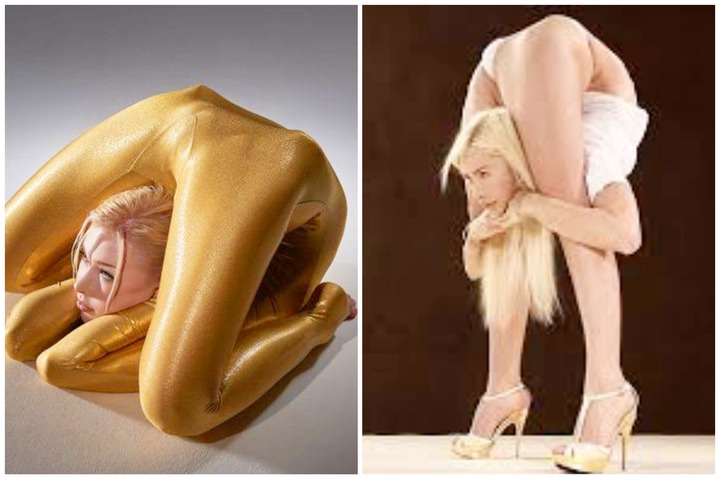 Julia Gunthel, a Kazakhstani lady currently holds record as the most flexible lady on the planet. She can twist her body to an incredible and unbelievable proportion, she's sometimes nicknamed the flexible goddess 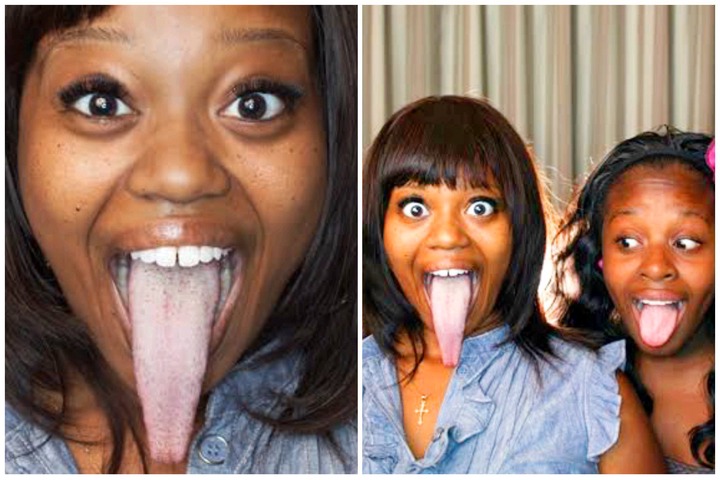 Chanel Tapper from California has a tongue measuring 9.75cm which is quite long for a lady. Her extremely long tongue has earned her a spot in the Guinness Book of World Records. 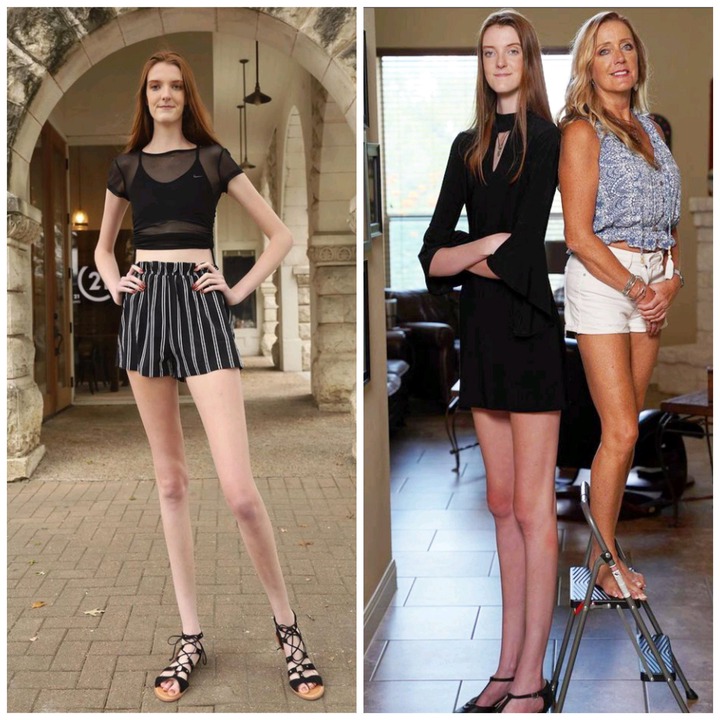 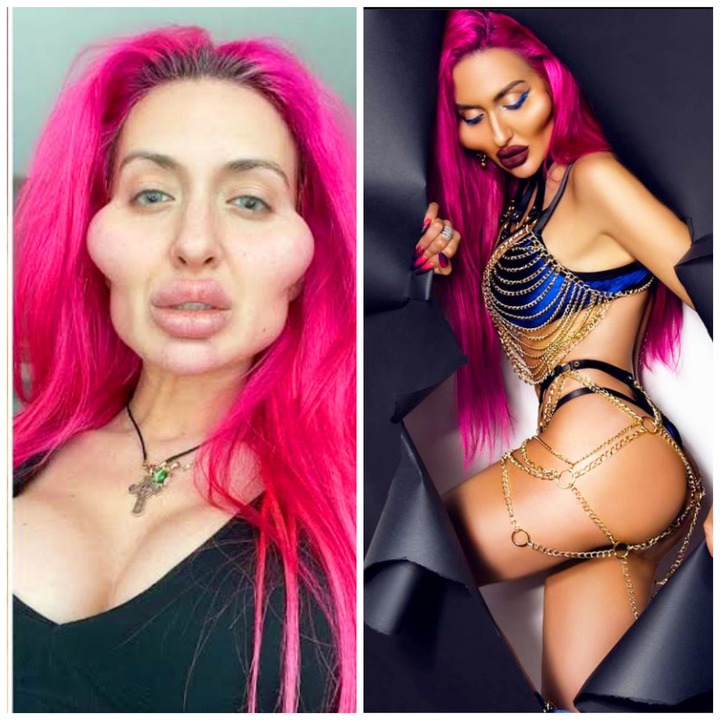 Anastasia Pokreshchuk from Ukraine earned fame after she injected some fillers into her cheek which gave her her current looks. She's also known as the woman with the largest cheek. 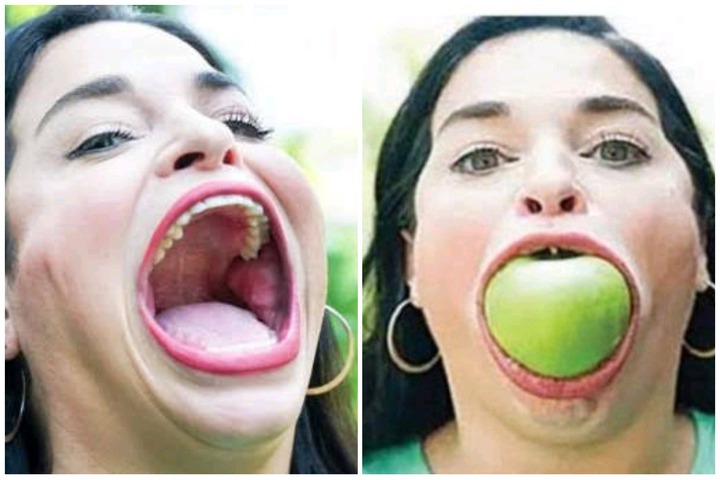 Samantha Ramsdell's mouth is so large that it can stretch up to 6.52cm. Her natural wide mouth has earned her a spot in the Guinness Book of World Records. 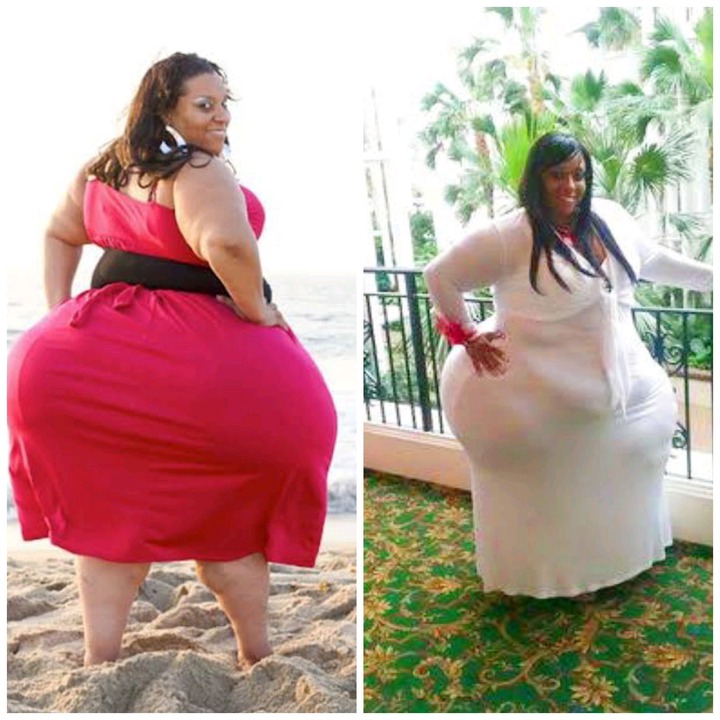 Mikel Ruffinelli still holds the record as the lady with the largest hips on the planet. Her hips reportedly measure at least 8 feet but going about her daily activities is not an easy task due to the size of her hips. 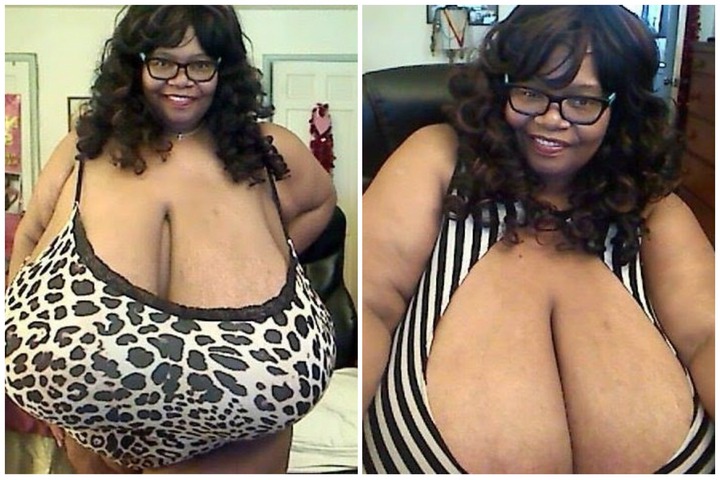 With each breast weighing over 65 pounds, Annie Hawkins-Turner currently holds the record as the lady with the largest natural breast on earth. 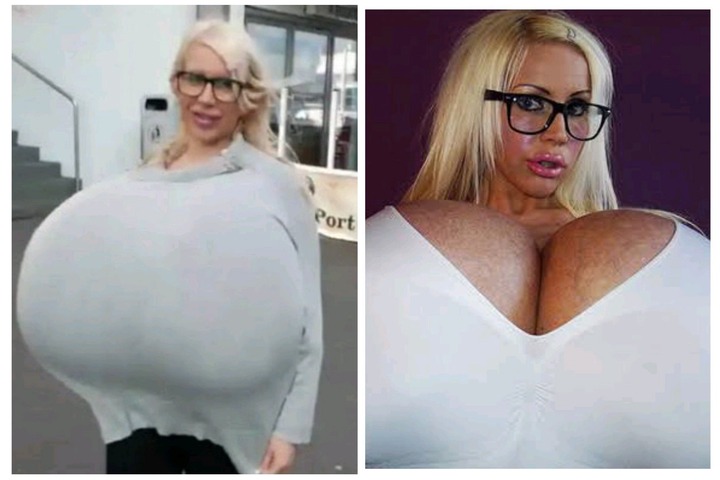 Beshine is reportedly said to have the largest surgically-enhanced breast. Beshine is a famous model who underwent several surgical procedures to enlarge the size of her breast, each of her breasts weighs 20 pounds. 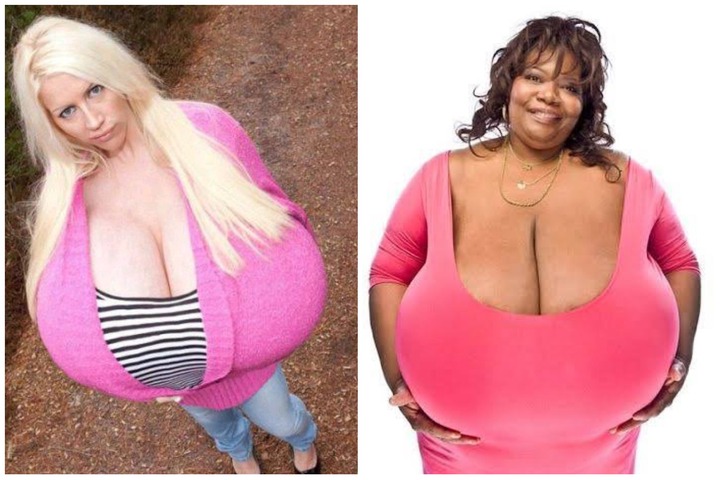 What do you think of these ladies and which of their records would you love to attempt?